Memories of that one six make a billion Indians happy: Shoaib Akhtar

Former iconic Pakistani fast bowler Shoaib Akhtar recalled the time Sachin Tendulkar hit him for an upper cut for 6 in a league game of the 2003 World Cup, in a conversation with Pakistani television host Zainab Abbas during a live session on Instagram. The speedster, who was the first to breach the 100 mph […]
By CricXtasy Staff Fri, 17 Apr 2020 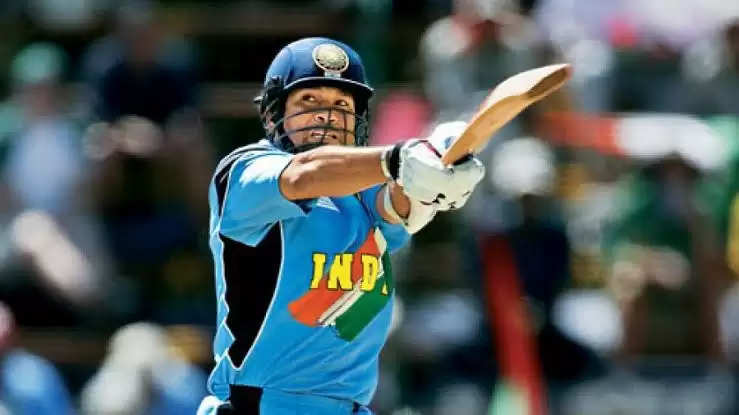 Former iconic Pakistani fast bowler Shoaib Akhtar recalled the time Sachin Tendulkar hit him for an upper cut for 6 in a league game of the 2003 World Cup, in a conversation with Pakistani television host Zainab Abbas during a live session on Instagram.

The speedster, who was the first to breach the 100 mph barrier in the same tournament against England, also recalled the contests between him and Tendulkar, admiring the legacy and personality of the Little Master.
“Sachin has been a very, very close friend of mine, he’s a tremendous guy, very humble. He’s been the greatest batsman, but I might have dismissed him 12-13 times in matches,” Akhtar said.

Speaking about that incident, Akhtar said without any qualms, “He hit me for a six in Centurion, which makes India very happy. They keep showing the same six. If I knew that one six can make 1.3 billion Indians so happy, I would have conceded a six every day.”

That game was one of the most iconic games in the history of India-Pakistan Cricket. Many believe that the tide shifted towards India after that game, as India started winning more matches against Pakistan, improving their head to head record, which actually holds true. Since that game, India have won 25 ODIs against their arch rivals compared to Pakistan’s 19.

Pakistan won the toss and chose to bat that day. Powered by Saeed Anwar’s classy 101 and late cameos from Younus Khan and wicketkeeper Rashid Latif, Pakistan reached a total of 273 in their allotted 50 Overs. Back then, chasing a score of more than 250 was a tough task, and given the pressure of an India-Pakistan World Cup match, the Pakistanis thought that the job was almost done, as the atmosphere in their dressing room was quite cheerful at the innings break. However, Tendulkar looked like a man on a mission as he walked out with his opening partner, Virender Sehwag, to begin the chase. From taking first strike to hitting the likes of Wasim Akram, Waqar Younis and especially Shoaib Akhtar all over the park, including that iconic upper cut, it was absolute carnage, as India reached 50 in the first six overs. Despite the loss of Sehwag and skipper Sourav Ganguly in successive balls, Tendulkar kept going, and he found a suitable ally in Mohammed Kaif. A dropped catch by Abdul Razzaq at mid off off Akram’s bowling did not help Pakistan’s case, as Tendulkar continued to make merry. He started to struggle with cramps as he was reaching his hundred, so Virender Sehwag came out to run for him. Akhtar finally got the better of the little master, getting a leading edge off his bat which was well taken at point by Younus Khan. Tendulkar departed two short of his hundred as India were 177/4, still requiring 97 runs off 134 deliveries for victory. But a very solid partnership between Rahul Dravid (44*) and Yuvraj Singh (50*) ensured that India got over the line by 6 wickets with 26 balls remaining and beat Pakistan for the 4th successive time in World Cup Cricket.