Former legendary West Indies fast bowler Michael Holding has held Cricket West Indies accountable of taking questionable financial decisions, stopping just short of accusing them of money laundering. In an interview on YouTube, Holding raised the issue by reading out a confidential audit report of Pannell Kerr Foster (PKF) which he got access to. He said, […]
By CricXtasy Staff Wed, 20 May 2020 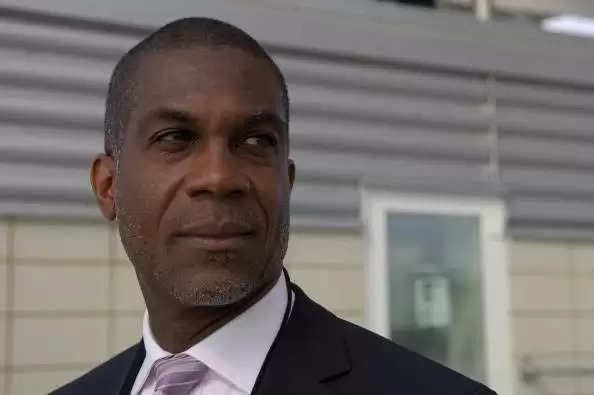 In an interview on YouTube, Holding raised the issue by reading out a confidential audit report of Pannell Kerr Foster (PKF) which he got access to. He said, “Former president to prime ministers have been calling for forensic audit over the governance in cricket in the Caribbean. The current regime did not do a forensic audit, but they did an audit. They had the report in January, but they never released it. The 60-page audit report does not look good. It is a damning and and harsh report. I want to delve into it. I picked three reports.”
“On August 8, 2018, the CWI received $1,34,0200 on behalf of Dominica Cricket Association from a third party which appears to be an off-shore corporation. In this particular situation, CWI was a  financial conduit. This money was paid over to DCA in three tranches – USD 104,100 on November 16, 2018, USD 15,700 on August 2 2019, and USD 14,400 on September 21, 2019,” he read out the report while questioning the due diligence performed in the transaction.

He continued, “What due diligence was performed to ensure that the source of the funds was legitimate and that the funds were clean from an anti-money laundering compliance perspective? We have become aware of several matters that cause consternation with respect to whether things were done in the best interest of Cricket West Indies.”

Holding also didn’t buy into suggestions that the report was confidential, as he said, “They can claim confidentiality if they are a private company. You cannot claim to be a private company if you have public share-holders. The share-holders of CWI are six regional boards. They are hiding behind a clause to not release the report. I am not accusing them of laundering money, nor does the auditor. But I find one particular transaction not above board. Things like this should be above board and no one can be accused of anything.”

Holding concluded the interview while hinting at another dodgy transaction which involved money from the BCCI to help past West Indies players.