Sam Robson smashed a brilliant 149 while Peter Handscomb and Holden and Andersson also guided Middlesex in historic chase.
By CX Writer Mon, 9 May 2022 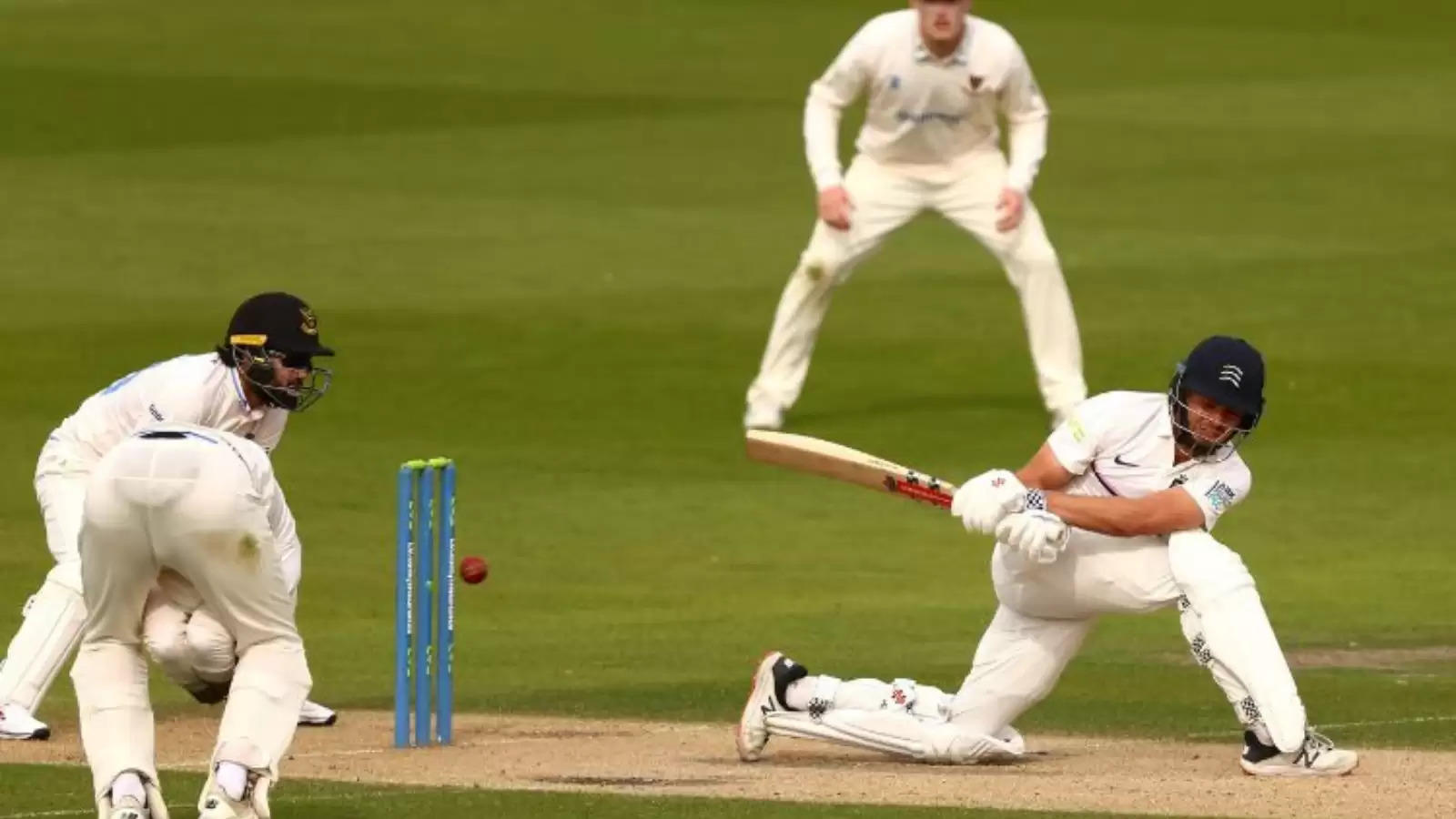 Pujara's excellent 170* in the second innings went in vain as Middlesex took on the challenge to gun down 370 on the final day.

Middlesex and Sussex played out a thrilling game in the County Division 2 at the County Ground. The game hogged the limelight over the last four days with India’s Cheteshwar Pujara and Pakistan’s Shaheen Afridi playing against each other. However, the last day’s play witnessed a dramatic run-chase where Middlesex chased down 370 in 73.5 overs much to the surprise of many.

After gaining a crucial 34-run lead in the first innings, Sussex scored runs at a fair clip in their second essay. Pujara slammed a quickfire ton as well scoring 170 runs off 197 balls with 22 fours and 3 sixes. He was well supported by Tom Alsop and Tom Clark as they declared at 335/4 in 68 overs.

Not many would’ve hoped that Middlesex would go for jugular in the fourth innings and when they lost Mark Stoneman in the second over, hopes went down even further. But Sam Robson had other ideas. He and skipper Peter Handscomb made full use of the flat pitch at Hove which refused to deteriorate even on the last day.

The duo added 209 runs for the second wicket before Handscomb got out for 79. But Robson continued to play his shots and reached his century, eventually scoring 149 off 181 balls with 16 fours and a six. When he got out, Middlesex still needed around 99 runs to win.

Sussex had a chance to make a comeback with a few more quick wickets. But it wasn’t to be. Max Holden and Martin Andersson played aggressively to make sure there were no further hiccups in the chase. While Holden smashed an unbeaten 80 off 76 with 10 fours, Andersson also batted a strike-rate in excess of 100 hitting 44 off 39 deliveries with 3 fours and 1 six paving the way for a memorable victory for Middlesex.

Perhaps, the win didn’t even seem a possibility for them when they conceded 392 runs in the first innings and then were reduced to 45/4. But even then Holden and Andersson played a part in their recovery scoring half-centuries and helping the side reach closer to Sussex’s first innings.

The efforts paid off in the end as Middlesex batters could keep the victory in their sight on the final day and chased down the target. The credit has to be given to both sides here as they tried to eke out a result in order to gain crucial points. In that attempt, Sussex ended up losing despite dominating the proceedings for the major part of first three days.