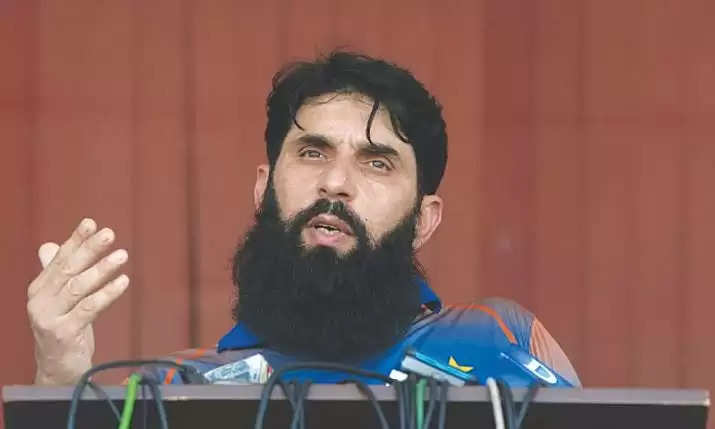 Speaking in a video conference, the former Pakistan skipper said, “If you want to win a game against a good team then there are challenges always in your way. It’s not like you go out and win it with ease. When you are playing in other’s conditions, you have to beat them in all departments to win a match.
“Obviously our favourite hunting grounds are in London, Lord’s and The Oval, but recently at Southampton and Old Trafford, the pitches are showing help for spinners. There is some dryness, like you get when it turns at The Oval, and later on there is the chance for some reverse swing.”

The last time Pakistan visited Old Trafford for a Test match, their spinner, Yasir Shah, who claimed a ten-for in the previous Test, was not assisted by the Old Trafford surface at all, returning figures of 1/266 in his 63 overs in the entire Test match. Pakistan suffered a heavy defeat of 330 runs.
This time, however, Misbah seems to be optimistic about their spinners performing well at Old Trafford after he was encouraged by the assistance that Roston Chase and Dom Bess got in the recently concluded England-West Indies Test series. He said, “The scenario is different now. For spinners there was absolutely nothing in 2016, but now when we see matches they are totally different and it looks like it’s in our favour and we are going to play our chances. Our bowlers are in good form and there are encouraging signs but it depends how we play those conditions and how we play the game, and exploit them in our favour.”

ALSO READ: Misbah-ul-Haq: Teams must get equal opportunities in WTC even if matches are rescheduled

England have struggled to open with a win in a Test match series in the last 10 instances, with their latest first Test defeat coming against the West Indies in the previous series. However, Misbah ul-Haq suggested that the hosts will be well prepared going into this Test series. He said, “That was their first Test in a long, long time and obviously after that they played consistently,” he said of England’s four-wicket defeat at the Ageas Bowl last month. They’ve played three Test matches now. That [losing habit] might be due to a Test match after a long time, we’re aware of that and that this time it might not happen, so we should be ready for an England team that have already had three matches of experience and they won their last two Test matches.
“We have to really come in this Test series right from the word go at our best if we want to win a Test series or a Test match here. We are aware that England have a slight advantage, but if we are alert and go 100% in the first Test match, that is the only way we can beat England otherwise we will find ourselves in difficulty.”

Pakistan’s last Test was against Bangladesh in Rawalpindi in February, and Misbah admitted there would be a few nerves when the players get back to competitive cricket after such a long break. However, he was confident that his players were motivated and in good health after a month in their bio-secure bubble.
“Everybody is good, the mental health, they look good and they are enjoying as a team,” he said. “But Test cricket is different. Once you are in, pressures just build sometimes, but we’ll try to keep it so they ae mentally fresh regardless of the results. As the management and coaches, we’ll try to give them that space and keep them motivated until the series is over.”

Earlier, Pakistan batting coach Younis Khan has said that he expects Pakistan’s Test vice-captain, Babar Azam to convert a good start to a big hundred in this Test series.

Azam is yet to cross 150 in a single Test innings out of his 26 Test matches, in which he scored 5 hundreds. As per Cricket Pakistan, Younis told reporters in a video conference, “I have tried to work with everyone in the side including Babar Azam. These players are our future. I have no doubts about the skills of Babar. I want him to keep performing better and better. He should strive for a 150 when he makes a 100 and then go on to even 200.”

Younis also emphasised the importance of runs from the lower order batsman. “We are trying to make Mohammad Abbas the leader of the tailenders. You need to fight till the last wicket in a Test match,” he added.