Mohammed Shami: Wasn’t in condition to play 2015 WC semis but Dhoni said can’t go to any other bowler

A serious knee injury had left Mohammed Shami virtually immobile prior to India’s 2015 World Cup semi-final against Australia but skipper Mahendra Singh Dhoni’s assertion that he “can’t be replaced” in a big game spurred the pacer to take the field with painkillers. The knee injury with which he was forced to play that semi-final […]
By PTI Thu, 16 Apr 2020 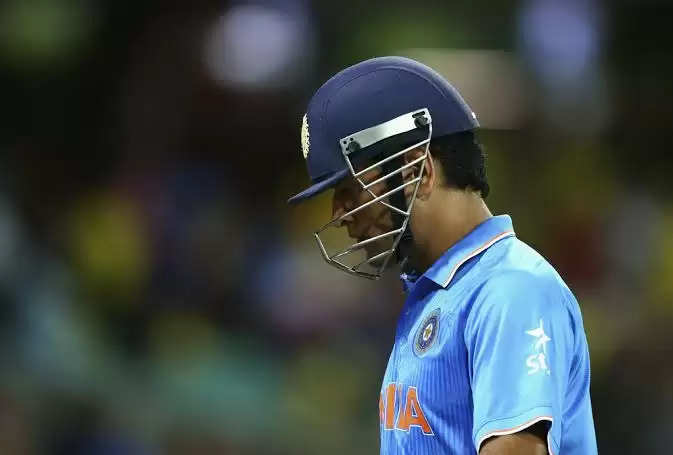 A serious knee injury had left Mohammed Shami virtually immobile prior to India’s 2015 World Cup semi-final against Australia but skipper Mahendra Singh Dhoni’s assertion that he “can’t be replaced” in a big game spurred the pacer to take the field with painkillers.

The knee injury with which he was forced to play that semi-final in Sydney could have been career-threatening as he had to undergo a surgery and after March 26, 2015, the next international game he played was a Test in July, 2016.

“Before the semi-final I had told my teammates that I couldn’t take it any longer. On the day of the match, I had a lot of pain. I discussed it with the management but they said it will be alright,” Shami told former India pacer Irfan Pathan during an instagram chat.

ALSO READ: WHY DID TENDULKAR PLAY THE UPPER CUT IN AUSTRALIA?

“Mahi bhai, the team management gave me so much confidence. They said it’s the semifinal we cannot go for a new bowler,” Shami recalled.

In fact, Shami carrying an injury was the worst kept secret during India’s World Cup campaign in Australia. He e would land up at training sessions with a heavily bandaged knee and play matches after taking pain-killing injections and fluid removed from the knee.

“I had knee injury during the 2015 World Cup. I couldn’t walk after the matches I played throughout the tournament with the injury. I played the 2015 WC because of Nitin Patel’s confidence,” Shami said.

“The knee broke in the first match itself. My thighs and knees were the same size, doctors used to take out fluid from them everyday. I used to take 3 painkillers,” Shami told Pathan.

“I bowled the first 5 overs and gave away about 13 runs with a wicket. I beat Finch and Warner’s bats but couldn’t get the edge. So I went off after telling Mahi bhai.”

It was Dhoni, who kept telling Shami that he could overcome the pain barrier.

“The condition was very bad even after I took an injection. I told Mahi bhai that I cannot bowl because I cannot run any longer. But he told me I trust you, any other part-timer will also go for runs.”

The target he was given was not more than 60 runs in 10 overs and he finished wicket-less for 68 runs in his quota of overs.

The match is remembered for Steve Smith’s fine hundred and how the famed Indian batting collapsed on the big day.

“He (Dhoni) just told me don’t give away more than 60 runs. I hadn’t played in a worse condition than that. Some said my career was over, some said I shouldn’t have played. But touchwood I’m still here now in front of you all,” Shami said.