'Why the f*** is he bowling full?' - Furious Muttiah Muralitharan mouths expletives as Jansen misses mark against Rashid Khan

The Sunrisers Hyderabad spin bowling coach wasn't happy with Marco Jansen's lengths in the final over as Gujarat Titans chased down 22 in the final over with Rashid Khan slamming three sixes.
By CX Staff Writer Thu, 28 Apr 2022 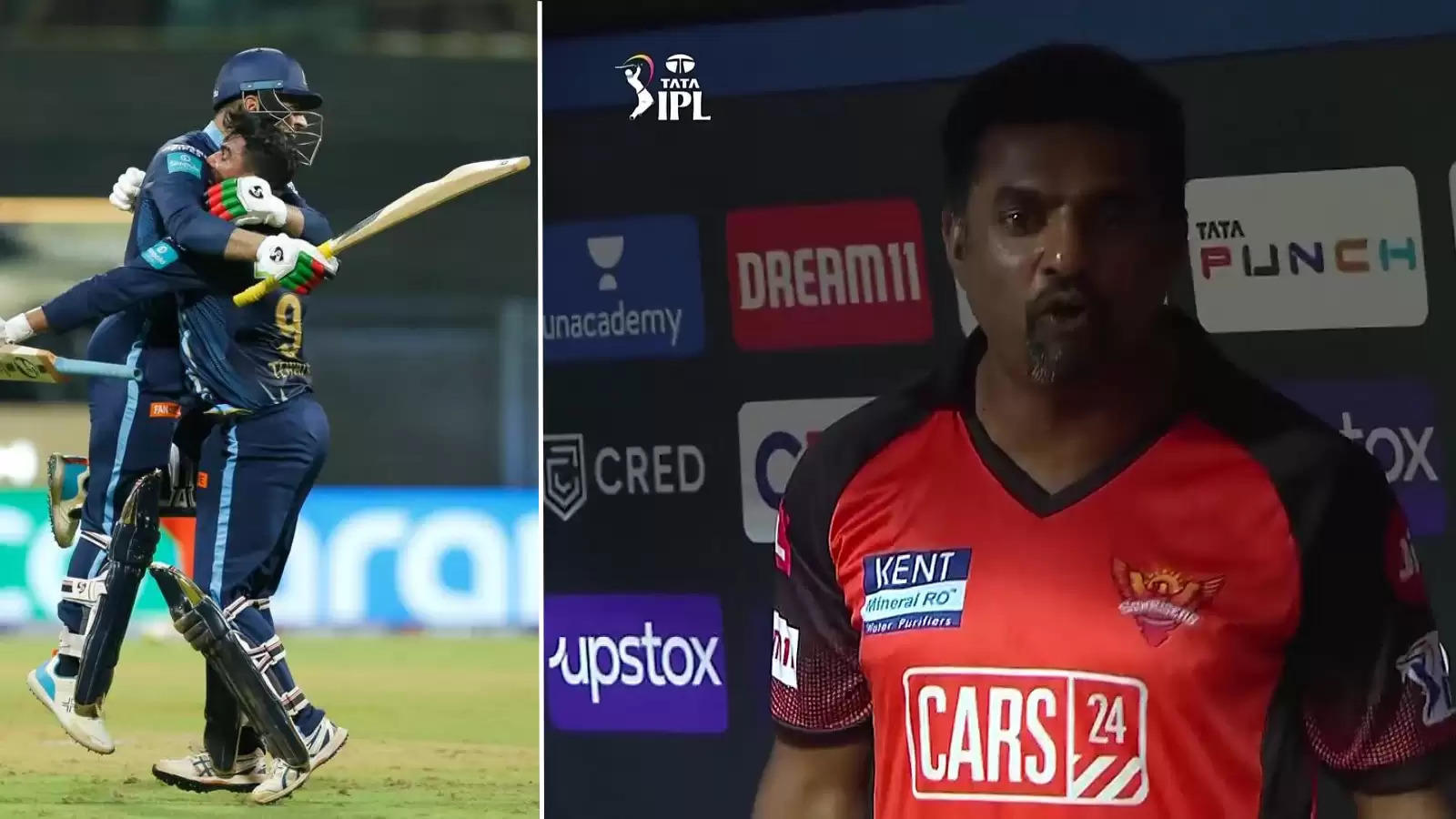 Gujarat Titans pulled off a spectacular heist in the final over to climb to the top of the points table despite a sensational spell from Umran Malik earlier in the day. Sunrisers Hyderabad had put up a strong total of 195 on board with half-centuries from Abhishek Sharma and Aiden Markram. What appeared to be a tricky run chase even with Wriddhiman Saha smashing it in the powerplay overs quickly turned around as Umran Malik unleashed fury.

The quick bowler sent down high pace deliveries at relentless accuracy and had Gujarat Titans batters hopping around. Shubman Gill was cleaned up by a scorcher while Hardik Pandya was greeted with a pacy bouncer. Hardik soon mishit a bouncer to depart while Umran came back to clean up Saha for 68 with a 152.8 kph peach.

A couple more wickets saw him complete a five-wicket haul, and the game seemed to be done and dusted right there, but Rahul Tewatia pulled things back with a few big hits.

With 22 needed in the final over and Rashid Khan and Tewatia in the middle, Marco Jansen was given the ball by Kane Williamson. The young South African conceded a six off the first ball to Tewatia before Rashid came on strike and slammed three sixes in four balls to complete a sensational heist.

Jansen's poor lengths apparently did not sit well with Muttiah Muralitharan, the SRH spin bowling coach, who was clearly seen mouthing the words 'Why the fuck is he bowling full'.

Sunrisers Hyderabad had won five games on the trot before Rashid Khan, their former player, starred in this incredible high-scoring thriller.