My mindset was very different that day: Harmanpreet Kaur on her 171* against Australia

Three years ago, on this day, India saw what could be described as one of the best knocks by an Indian player in World Cup Cricket, carrying shades of Kapil Dev’s 175* against Zimbabwe at Tunbridge Wells in 1983. Harmanpreet Kaur, walking in at 35/2 having lost both the openers against 6 time 50 Over […]
By CricXtasy Staff Mon, 20 Jul 2020 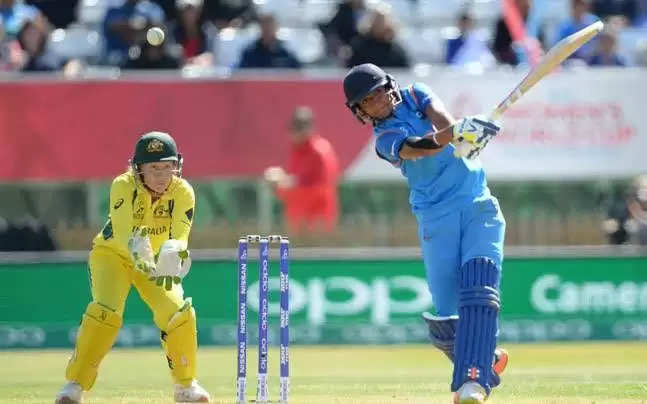 Three years ago, on this day, India saw what could be described as one of the best knocks by an Indian player in World Cup Cricket, carrying shades of Kapil Dev’s 175* against Zimbabwe at Tunbridge Wells in 1983. Harmanpreet Kaur, walking in at 35/2 having lost both the openers against 6 time 50 Over World Champions Australia at Derby, produced an innings for the ages, battling cramps and a dodgy shoulder in the process. Her 171* powered India to a total of 281/4 in a 42 over game, the next highest scorer being Mithali Raj with 36. She could have become the then second double centurion in Women’s Cricket had she got to bat the full 50 overs. Australia, despite Alex Blackwell’s best efforts in her last game in an Australian shirt, fell well short of the target of 282 by 36 runs, and India went on to reach the final, attracting the attention span of the entire country and piquing the interest of the population towards women’s Cricket in the process.

Speaking about that knock to Cricbuzz, the current Indian T20 captain feels that she sensed something different going into the semi final. She said, “That day my mindset was very different. I’ve played many internationals but that mindset I walked in with, I wish I could go that way for every game. That would be difficult. To be honest, before the match we’re always thinking about the match situation. That day I was only recalling my whole cricketing journey, how I started, it was a different kind of feeling. I just wanted to play freely.”

The run rate was a concern after India had lost their openers. While Mithali and Harmanpreet were steadying the ship and the former suggesting to keep doing the same for a little longer, Kaur was longing to go after the bowling.

She said, “I was batting with Mithali and we’d put on 50 and were only looking at the scoreboard and thinking we don’t have enough runs. That Australia team has batters till No. 9. Even No.9 can come and score a 100. I was telling her (Mithali) if we make 200-250, we can at best take the game to the last over but not win. I wanted to bat freely. She just smiled at me and said ‘Look it’s risky now, it’s only the 16th over. Lots of time to go.’ (But) I told her just let me play, we’ll see. Once I got that, I didn’t look back.”

Once Mithali was dismissed, the onus was on Harmanpreet to bat until the end of the innings and take India to a sumptuous total. Despite messages from the team’s dressing room saying that targeting 250 will be good enough, Harmanpreet had other plans.
She said, “The messages I was getting from outside, target 250. I didn’t think so. I had played WBBL before, we study and learn a lot. I knew players from that team. They have batters till 9. Other teams maybe you can get 3-4 players and you’re in. Not the same with Australia. I told them please don’t give me any messages. If we were targeting 250, then my partner was going slow. We had batting left. Jhulan (Goswami) di was also to come, she is also a power hitter. Let’s go all-out. 250 is not going to be enough.”

Harmanpreet then launched into a memorable onslaught on the Australian bowlers. It took her 51 deliveries to go from 50 to her eventual score compared to the 64 she took to reach 50.

While the magnitude of the knock was felt by every single onlooker, Harmanpreet said that she hardly had time to do so, given that the final was scheduled to take place in 2 days against hosts England. She said, “To be honest, once the match was over, we went to London, we had just 1 day gap to the final. I was getting calls and WhatsApp messages. I usually avoid WhatsApp during a tournament. Just speak to family that’s it. So I didn’t see those messages and calls. I don’t have Facebook or Instagram either. I think I waste too much energy. I don’t want them on my phone. So I didn’t see any of those messages. Even with the team, we were talking about the final only. I spoke to mom and dad for 2-3 minutes. They didn’t say much. When we came back to India, we were depressed about losing a final we should have won. When I got home, only then I opened my messages. It was then that I started feeling that I did something. For 15-16 days, the messages were unrelenting.”