Richa Ghosh is still soaking it all in. When most girls of her age will be preparing for their board exams in February, the 16-year-old Siliguri girl will be bracing for her maiden international cricket tour with the Indian women’s side and that too the marquee ICC World T20. The teenager picked up the willow […]
By PTI Sun, 12 Jan 2020 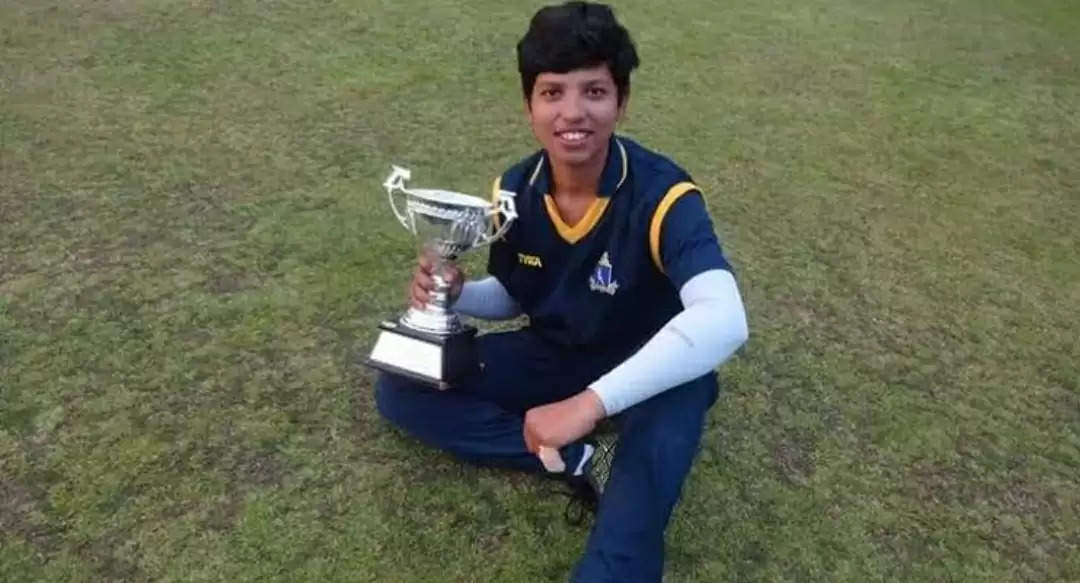 Richa Ghosh is still soaking it all in. When most girls of her age will be preparing for their board exams in February, the 16-year-old Siliguri girl will be bracing for her maiden international cricket tour with the Indian women’s side and that too the marquee ICC World T20.

The teenager picked up the willow seeing her father Manabendra Ghosh, now a part-time Bengal umpire, at a tender age of four and a half years and after a good show in the Challenger Trophy has made her way into the national team.

“I never thought that this will happen so fast. It’s hard to believe and the feeling hasn’t sunk in yet,” Richa told PTI on her way back to Kolkata.

“My first role model has always been my dad from whom I learnt cricket. Then it was Sachin Tendulkar, who will always remain my idol.”

But when it’s about her six-hitting skill, it’s none other than MS Dhoni.

“I love the way he hits sixes and try the same. Whoever maybe the bowler, when you have the bat, you can do anything.”

In the Bengal team, Richa has been backed by none other than Jhulan Goswami and she always exchanged notes with India wicketkeeper Wriddhiman Saha, who incidentally hails from her hometown Siliguri.

“Jhulan di always supported me in the team while I always got help from Wriddhi da. He remains busy but we speak on and off. I’m really grateful to them and to my coaches, the Cricket Association of Bengal for supporting me.”

Spotting her seriousness for the game, her father had enrolled her at the local Bagha Jatin Club — then the only girl in the club, but she played fearlessly and made rapid strides and was called for senior Bengal camp in 2012-13.

“Everything happened so fast that it’s difficult to realise. We are all shocked but it’s like a pleasant one,” the awestruck father said.

“But we all had always felt she was different from others. When we all played cricket for fun, she was always serious when she had the bat with her,” Ghosh said about Richa, a die-hard Sachin Tendulkar fan.

Known for her six-hitting exploits, the 16-year-old from Siliguri is a complete package — someone who loves to open the batting, bowls quick and also keeps wickets.

“She’s a coach’s delight, a God-gifted talent. But she’s is very young and we have to ensure that she goes a long way,” Bengal women’s team coach Shib Shankar Paul said.

Bengal trainer and wickekeeping coach Rahul Deb said she easily clears the boundaries and her fielding is top notch.

“She’s a natural talent and a ready to don any role for the team, be it batting, bowling, wicketkeeping or her accurate and powerful throws from the deep. Going forward, she just needs to train on her fitness,” Deb said.

So, when the news trickled in that Richa was picked after her eye-catching performances in the for the Smriti Mandhana-led India ‘B’ side in the just-concluded domestic Challengers Trophy, Richa was in the ongoing Bengal camp in Mankundu, about 45 kilometres from here.

The Bengal camp celebrated her selection with a cake-cutting ceremony.

“It’s a fabulous news. She is really talented and have been performing very well in domestic cricket. She is a hard-hitter and is one of the few women cricketers, who can clear the boundaries of full size cricket grounds with ease.

“A true all-rounder in every sense, Richa is an asset for any team as she can bat, bowl and keep wickets depending on the requirement of team. We are confident that she would excel in the global event. Our best wishes are with her,” Dalmiya said.