New Zealand Cricketers want to be ready for potential Cricket in the near future: Kane Williamson

New Zealand Cricketers, men and women, returned to training last week. Although most of their supposed tours during the upcoming period of time have been deferred or abandoned, they look forward to an uninterrupted, uncompressed home Cricket season along with a limited overs tour to Trans-Tasman rivals Australia. Skipper Kane Williamson said that it would feel […]
By CricXtasy Staff Wed, 22 Jul 2020 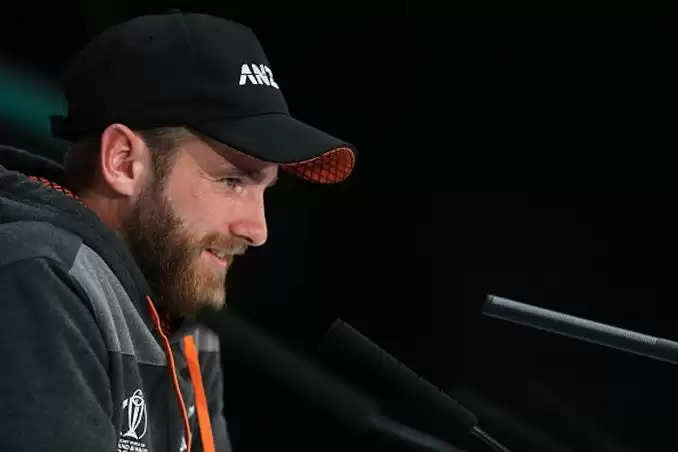 New Zealand Cricketers, men and women, returned to training last week. Although most of their supposed tours during the upcoming period of time have been deferred or abandoned, they look forward to an uninterrupted, uncompressed home Cricket season along with a limited overs tour to Trans-Tasman rivals Australia.
Skipper Kane Williamson said that it would feel good to catch up with all his teammates and begin training in full flow for an anticipated schedule packed with Cricket matches later this year. He said, “I know the guys are really looking forward to catching up, it’s been a long time. The team is getting back into training and potential cricket is on the horizon so the players want to be ready. The training recently has been very light, just been at home doing nothing. But as we know, the schedule of the international game over the last few years has got busier and busier, and it is something you consider, not just the captaincy but as a player, you wanting to be going in that upward trend in terms of learning and performance.”
“And as the volume gets greater, we are not used to having a week at home, let alone two weeks and lockdown, so it was a unique experience for the players, just to be at home for a period of time. And to try and refresh. I think the guys were trying to view it that way and have a positive slant on the experiences that we had.”

New Zealand have handled the COVID-19 pandemic incredibly well, its citizens showing great responsibility and awareness to mitigate the virus, which resulted in the cases dropping down to a bare minimum. Williamson reflected on the catastrophic effect the virus has had, “It’s such an incredible time and having to consider these things. Nobody would have thought in their lifetime that you would have to think like this and those things do run through your mind. Everybody perhaps has a slightly different view and perspective on it depending on their situation and their own ideas but from my perspective, if the safety was ensured, I know as a country it’s been incredible the way we’ve been able to handle it but we’re a small part of the world and to a large extent we’re all in it together.”
“You certainly want to see it improve so much worldwide and it’s so much more of a challenge with countries that have huge populations but in terms of the IPL as an isolated event, they’re looking at the best options to host it in a safe place where people can be quarantined much like you’re seeing with other sports around the world. Like I said, there’s a lot of planning still to be done to make sure that happens and we only know what we know and that’s no different from what you’re hearing.”

IPL chairperson Brijesh Patel announced the possibility of the League taking place between in the United Arab Emirates, presumably between late September to early November. Although there are a lot of logistical formalities left to be completed to ensure the scheduling of the event, the announcement made by Patel yesterday has made the Cricketing World sit up and lend a close ear to the proceedings. Williamson, though, is content with waiting and watching the developments unfold, but is relishing the possibility of playing the T20 tournament once more. He said, “Considering what it actually looks like, where it is and all the details that come with it, to play in the IPL is always an amazing thing so, absolutely, it will be great to play in it and be a part of it. But there’s a lot of details to come through before any final decisions will be made. It will be nice to know more. Nothing concrete, with the postponement (of the T20 WC) announced only a day or two ago, no doubt there’s a lot of organising that needs to be done or any sort of decision is made, and I guess they are wanting to make sure that things are planned before speaking to players with any certainty.”
“Like a lot of things, even with the season ahead, there’s a lot of speculation and hope for a lot of cricket, much like there’s hope for the IPL to go ahead. But at this point in time it’s sort of coming back after a break, easing back into cricket and hope that these things will happen.”