Source: Cricbuzz England chief selector Ed Smith stated that even though Jonny Bairstow failed to make the cut for England’s 13-man squad for the Test match against West Indies starting tomorrow, that doesn’t close the doors on him in Test cricket. He added that the Yorkshireman’s presence in the white-ball bio-bubble is the “best arrangement” […]
By CricXtasy Staff Tue, 7 Jul 2020 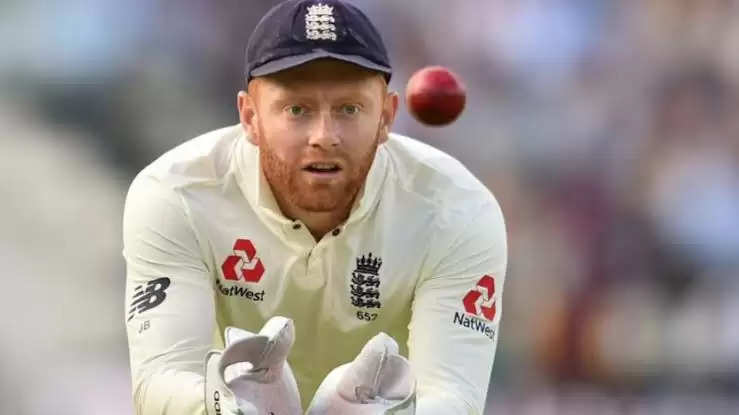 Source: Cricbuzz
England chief selector Ed Smith stated that even though Jonny Bairstow failed to make the cut for England’s 13-man squad for the Test match against West Indies starting tomorrow, that doesn’t close the doors on him in Test cricket. He added that the Yorkshireman’s presence in the white-ball bio-bubble is the “best arrangement” in this cricket season unlike any other.

Smith said, “No one doubts he’s a very good cricketer across formats for England. No doors are closed for Jonny. We’re fully aware of what he can do in Test cricket, and of course we’re fully aware of his talent in all forms of the game. It’s also the case that we are where we were. When Covid-19 caused a suspension of cricket, Jos Buttler was the man in possession – still is the man in possession – and has our full support as England’s ‘keeper-batsman. And Ben Foakes was the deputy on the tour of Sri Lanka. That’s where it is today. I wouldn’t make any presumptions about Jonny Bairstow, in terms of anything being blocked for Jonny. There’s a wide understanding of how good Jonny is when he’s at his best, and that’s not going to be forgotten. Jonny’s a very talented player, and has played some very fine innings across England formats.”

Bairstow was not picked for England’s tour of New Zealand last year, and only played one Test as a specialist batsman on the tour of South Africa. He was not a part of England’s squad to Sri Lanka earlier this year, which might imply his ouster from England’s plans of red ball Cricket. And the hassles of bio-bubbles in these pandemic times seems to have worsened the divide for Bairstow.

ALSO READ: England vs West Indies 2020: The fairly new players to watch out for in the series

Smith further stated, “It’s also the case that Jonny is in the white-ball team, and has had an exceptional spell of form in white-ball cricket. There’s cricket to be played there. It seemed the best arrangement for Jonny to move over to the white-ball bubble and to stick with the consistency of where we were.”

Smith argued similarly in the case of Moeen Ali, who’s coming back from a self-imposed Test cricket sabbatical and who loses out to Dom Bess, the incumbent spinner who was “in possession” of the job before COVID-19 wreaked havoc.

Smith then went on to justify the inclusion of Somerset off break bowler Dominic Bess over Moeen Ali, who is returning to Test Cricket after a self-imposed sabbatical from the format, due to the fact that Bess was in the squad before the COVID-19 pandemic arose. He said, “Moeen being available is good news for the talent in the spin department. It’s also the case that Dom Bess did very well in South Africa, and Jack Leach has had spells in recent months when he’s been England’s spinner, and illness and injury have been very unfortunate for Jack. But we’re glad that Moeen is available again. But yes, no change: Dom Bess is in possession, and Jack Leach takes the reserve spot. With Moeen and Jonny, obviously part of the calculation is that they have been in the white ball squad and been very good performers in white ball cricket, you know if they’re not in the 11 here obviously it’s good that they’re playing cricket in the white-ball team.”

Joe Root’s absence from the squad for the first Test would mean that Ben Stokes will take charge for the first Test. When asked whether there are concerns about a talismanic all rounder captaining the England side, given that the likes of Ian Botham and Andrew Flintoff have failed miserably at the job, Smith said, “I wouldn’t have any comment to make about historical comparisons. I can only say what I see which is someone who is giving full attention to his own game, full attention to the team and also looking forward to, and excited about the challenge. I wouldn’t be weighed down by historical comparisons.”