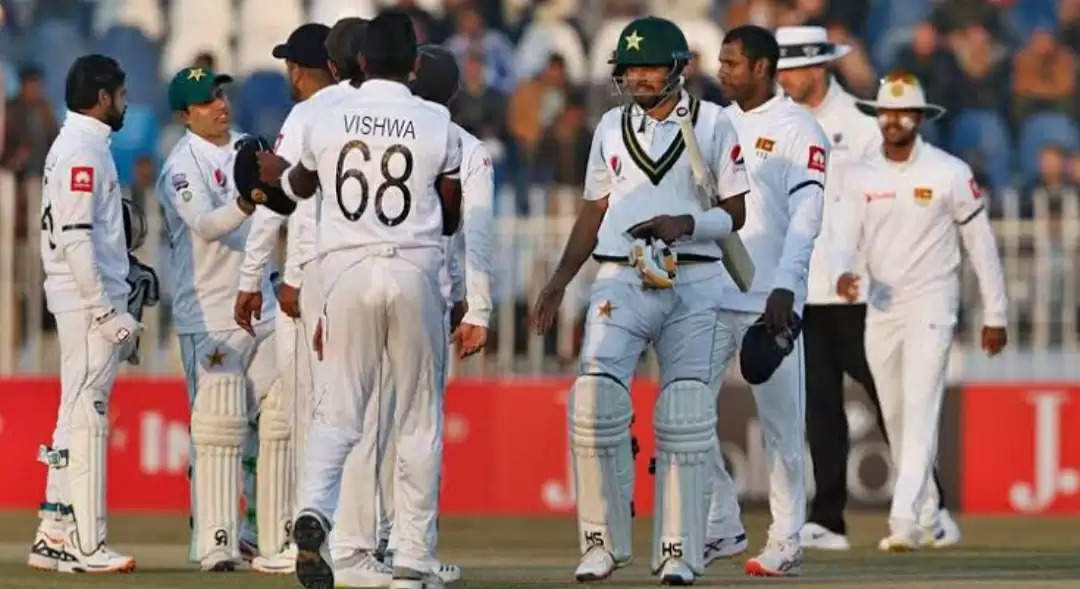 At tea, Sri Lanka were on the back foot at 86-3 with opener Oshada Fernando unbeaten on a fighting 47 and Dinesh Chandimal on two.

Pace spearhead Mohammad Abbas had Karunaratne caught behind in the tenth over of the innings before 16-year-old paceman Naseem Shah had Mendis snapped up in the slips in the next over.

It became 70 for three when Mathews, Sri Lanka’s most experienced batsman, edged a short delivery from Shaheen Shah Afridi to wicketkeeper Mohammad Rizwan.

Pakistan declared their second innings at 555 for three at lunch after Azhar and Babar Azam (100 not out) joined openers Abid Ali (174) and Shan Masood (135) in the run-fest.

It was only the second time in a Test innings that the top four had all scored centuries after openers Abid Ali (174) and Shan Masood (135) grabbed theirs on Saturday. India against Bangladesh at Dhaka in 2007 was the other occasion.

Azhar, who had a lean 2019 with no fifty, completed his 16th century before he was stumped off spinner Lasith Embuldeniya after 11 boundaries in his 157-ball innings.

Azam’s fourth century — and third in the last four Tests — had seven boundaries and a six off 131 balls.

Earlier, when Pakistan resumed at 395 for two, Azhar smashed three boundaries off pace bowler Vishwa Fernando and then took two runs to complete his first century in 12 months.

Azhar added 148 for the third wicket with Azam as Sri Lankan bowlers toiled hard for wickets. Lahiru Kumara finished with two for 139.

The Test series is the first in Pakistan since the attacks on the Sri Lankan team bus in 2009 suspended international cricket in the country.