Pakistan ‘s entire Cricketing squad, including players and support staff, will have to undergo three rounds of COVID-19 testing other than a variety of other precautions, before their departure to England. Once they reach England, the entire touring party will be tested every five days. The PCB medical board admitted that despite the extensive measures due […]
By CricXtasy Staff Tue, 23 Jun 2020 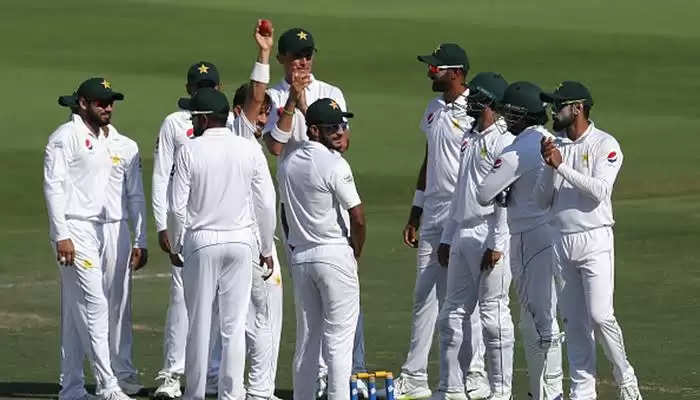 Pakistan ‘s entire Cricketing squad, including players and support staff, will have to undergo three rounds of COVID-19 testing other than a variety of other precautions, before their departure to England.

Once they reach England, the entire touring party will be tested every five days. The PCB medical board admitted that despite the extensive measures due to be undertaken, eliminating risk entirely was not possible. However, the bio-secure bubble that the players will be in should help mitigate concerns. The tour, consisting of 3 Test matches and 3 T20Is, will begin in August, behind closed doors.
Dr Sohail Saleem, Pakistan Cricket Board’s (PCB) director of sports medicine, said the touring party would have to follow guidelines strictly, and that a combination of safety measures had been worked out to ensure the risk was reduced to the minimum.

Between Sunday and Monday, 28 players of the Pakistan squad were tested (minus Shoaib Malik, who will be travelling later), alongside 12 members of the support staff. All of them were tested at their respective homes. Those testing ‘negative’ will move to a five-star hotel in Lahore and remain in isolation, while anyone who tests positive will remain in isolation at home and be provided medical assistance. For those who have not tested positive, a full medical screening and a second COVID-19 test will be carried out on June 25 at the hotel. If someone tests positive on this second test, they will be taken out of the cluster for treatment.

Those who have tested negative on both tests will then fly out to Manchester on June 28 on a specially chartered plane from Lahore. Player(s) who test positive can still join the squad, provided they recover after 14 days in isolation and test negative thereafter. They will then be allowed to take a commercial flight to England, where they will be admitted into the bubble that the existing players are in, after following the UK government’s guidelines. All players will be tested again when they land in England.
While the backroom staff will also travel with the team, two members, Waqar Younis (bowling coach) and Cliffe Deacon (physiotherapist), will join the squad directly in England. Waqar will fly in from Australia, while Deacon will arrive from South Africa.

Dr. Saleem said in a video conference, “It is a big risk. We can’t really say it’s not a risk. We are trying to build a new normal, redefining etiquette. Respiratory marks, hand washing, it is a combination of many thing to make sure that we are keeping safe or reducing the risk factor to the minimum. Cricket isn’t a contact sport. The only source (of contact) is the cricket ball. Two different analyses confirmed that the chances of transmitting the virus through sweat are less, while you cannot use saliva at all. Thinking that we are moving ahead with a zero percent viral load, that’s not right. You can control it by precautions and following the WHO guidelines to keep the environment and the people involved clean. There are protocols. During the England tour, players will go through another test (upon landing) and then undergo a test every five days. Going out during a pandemic is a risk, but you have to go by the available research and information, and take whatever precautions to reduce the risk.”

Dr. Saleem further said, “We have spoken with the players before taking their consent. Yes, they will be living without families and naturally they will be thinking about their loved ones’ well-being. We have formed a monitoring team to check on families on a daily basis to allay any concerns from the minds of the players. It’s true that we haven’t practically gone through this process, and everything right now is theoretical. But it’s the first time for everyone. Going forward, everyone will eventually have to adapt to the new procedures. I am told the West Indies team (currently in England and subject to the same procedures) were also uncertain at the start but the moment they got in the routine with training, they were fine. We have been monitoring the football in Europe, baseball in South Korea and now even the English Premier League has also started. So this is a big step for the resumption of cricket. People have been confined at home for over three months, the level of anxiety is increasing. Sport at least provides entertainment and can reduce anxiety. Like doctors fighting on the frontline, these sportsmen in a way are also serving the people.”

The England and Wales Cricket Board (ECB) have come up with extensive plans to keep Pakistan ‘s players in a bio-secure environment, likely to be in Derbyshire initially, from the moment they land in the country. Players will be allowed to train on a daily basis, but not as a combination, for the first two weeks.
All players were briefed verbally about the the procedures in place. The Pakistan Cricket Board was hoping to hold a training camp in Lahore, at the National Cricket Academy (NCA) and Gaddafi Stadium, where a larger squad would reside and train in a completely isolated area, but the camp was scrapped due to the country seeing a spike in COVID-19 cases.