Wicket-keeper batsman Rishabh Pant and pacer Navdeep Saini were on Wednesday named in the 16-member strong Delhi squad, led by top-order batsman Dhruv Shorey, for the first four games of the Vijay Hazare Trophy, starting September 24. Delhi start their campaign on the opening day against Vidarbha and it is expected that both the players […]
By PTI Wed, 18 Sep 2019 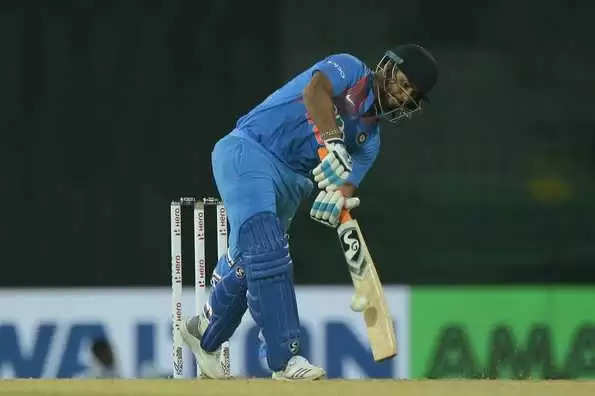 Delhi start their campaign on the opening day against Vidarbha and it is expected that both the players will be available for the initial matches.

“Pant is expected to play at least first two to three games for Delhi as he will then report for the national team. Rishabh himself said that he wanted to play,” Delhi senior team’s chairman of selectors Atul Wassan told PTI.

The Indian team will be assembling in Visakhapatnam by September 29 for the opening Test against South Africa, starting October 2.

Saini, who is not in the squad for the Test matches, is expected to be available for the better part of the National one-day championship, while opening batsman Shikhar Dhawan has opted out of the current squad.

“Shikhar needs to go back to Australia to attend to some family matters. He has said that he will join the squad at a later date,” Wassan said.

Pant’s back up in the squad is former U19 captain Anuj Rawat.

The squad also has IPL regular like Nitish Rana, apart from the talented duo of India U23 player Himmat Singh and Hiten Dalal.