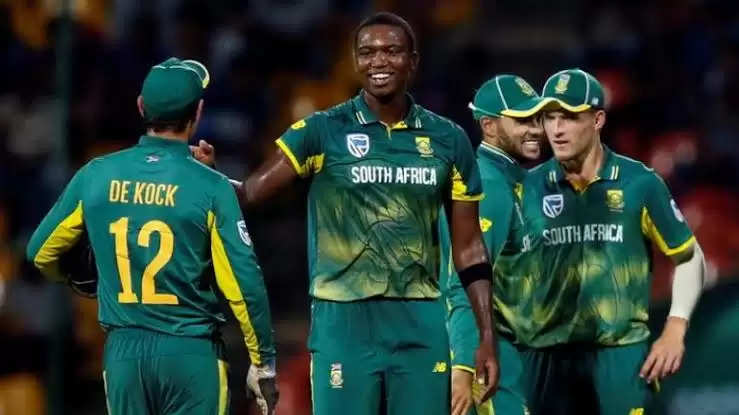 The inability of 5 South African Cricketers in taking part in the Caribbean Premier League this year due to travel restrictions in the country has raised a shadow of doubt over the participation of Cricketers from the Rainbow nation in the IPL.

Among the South African Cricketers playing in the IPL, Imran Tahir might be available for Chennai Super Kings. He had stayed on in Pakistan after the PSL, and is expected to join the squad soon after his CPL commitments with Guyana Amazon Warriors. The tournament is slated to finish on September 10.

Apart from Tahir, CSK have two other South African Cricketers, namely Faf du Plessis and Lungi Ngidi. The Royal Challengers Bangalore might be the franchise to take the worst hit from the issue, having AB de Villiers, Chris Morris and Dale Steyn in their team. The two other South African Cricketers in the IPL are Kagiso Rabada for Delhi Capitals and Quinton de Kock for Mumbai Indians. Although, having contacted Faf du Plessis and Lungi Ngidi, the CSK management are confident of the availability of the two of them.

ALSO READ: 5 South African Cricketers out of CPL due to non-confirmation of travelling arrangements

According to ESPNCricinfo, the fact that South Africa’s borders are closed are not the biggest concern. Upon contacting a player agent, they reported that the BCCI’s guidelines, and a formal statement of procedure (SOP) to chart the next course of action, remain more crucial.

There has been a blanket ban on commercial flight operations in South Africa, which is likely to be lifted only after the pandemic peak passes, most likely towards the end of September.
While no franchise has been willing to come on record, there are murmurs over the possibility of teams hiring a charter flight to ferry the South African players to the UAE. From South Africa’s point of view, the absence of any significant window between the end of CPL and the start of the IPL has already led to the home season being pushed back further.

Cricket South Africa director Graeme Smith said, “West Indies tour of South Africa has been postponed indefinitely. We are struggling to find a time with the IPL being fitted in. It looks like our players are going to be needed from the beginning of September, government-permitting, and travel permitting.”
“Sri Lanka also (postponed). I expect that once things get up and running, our team, on the men’s side, I would say from November onwards, if all goes well, it will be a really busy period for South African cricket, probably playing in times that we haven’t played before and trying to cram in a lot of the missed tours.”

As such, CSA has already said that it will issue no-objection certificates to the contracted players. However, the onus then falls on the players to obtain travel permits and fulfil quarantine regulations if any.