Playing Cricket behind closed doors a worry for Stuart Broad

The prospect of playing International Cricket against the West Indies in front of empty stands has been worrying England fast bowler Stuart Broad, so much so, he has had a word with a psychologist about it. The main aspect which concerns the Nottingham born seamer is the lack of buzz and atmosphere of a packed […]
By CricXtasy Staff Mon, 29 Jun 2020 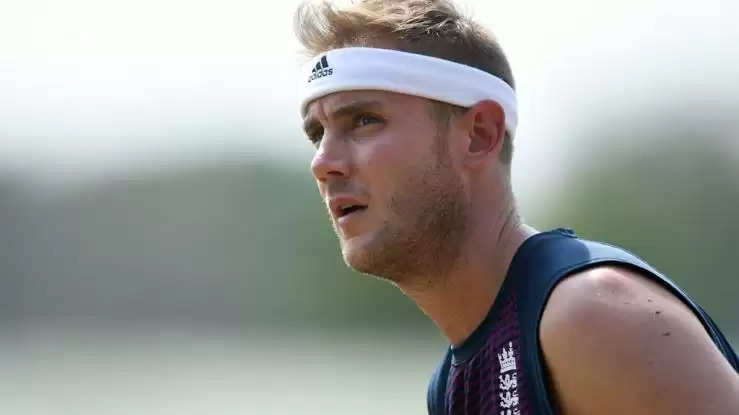 The prospect of playing International Cricket against the West Indies in front of empty stands has been worrying England fast bowler Stuart Broad, so much so, he has had a word with a psychologist about it.

The main aspect which concerns the Nottingham born seamer is the lack of buzz and atmosphere of a packed house to motivate him during a crucial spell. He said, “It is a worry for me because I know that I perform at my best as a player when the game is at its most exiting and when the game needs changing. I also know that there are certain scenarios that bring the worst out of me as a cricketer and that is when I feel the game is just floating along and there is nothing on it.”

He continued, “International cricket certainly will be more of a mental test to make sure each player is right up for the battle. And I’m very aware of that. I’ve already spoken to our sports psychologist about creating a bit of a mindset around making sure I can get my emotions up to where they need to be at my best. If you put me in an Ashes game or a pre-season friendly, I know which one I’ll perform better in. So I’ve got to make sure my emotions are where they need to be for an international Test match. And that’s something I started working on in early June.”

Broad though, has had some experience of playing in front of very few or no spectators. Only a meagre number of people turn up to spectate County Cricket matches, in which Broad currently plays for his County of birth, Nottinghamshire. Broad has played Test Cricket against Pakistan in the UAE as well, where hardly anyone bothers to turn up to watch Test Cricket. Clearly, Broad does not lack motivation in these cases, as per his personal stats. 779 wickets in 223 County matches, at 27.49, playing for both Leicestershire and Nottinghamshire. From the six Test matches in the UAE, during the 2012 and 2015 tours, he has picked up 20 wickets at an average of 22.85.

ALSO READ: Feels a long way away from getting back to playing cricket: Stuart Broad

According to Broad, it is important that he and the rest of the squad prepares for what will be a very different experience come the first Test at the Ageas Bowl. He said, “I’ve got to make sure that I train my brain to not get into that mindset of, ‘nothing is happening here, I can’t see anyone’. I’ve got to be able to make sure my brain is in Test match mode. I’m not saying I’ve got that right yet, I’m still working on that in training. Training has been intense as it always is but that is because this is how we always train, without crowds. It will be that match day that will feel the strangest and that is why we have to make the most of the three day warm-up to get our minds and bodies up to match intensity there so it doesn’t feel strange on July 8th. The last thing we want is to be walking out on July 8th and all of us feeling like a group that ‘this doesn’t feel normal’ we have to get it out of our system in the warm up game to make sure we hit the ground running and that applies to all of us.”
“I do know that I thrive off the energy of something happening in the game or a bit of excitement going on, or with a big battle going on. Maybe I have to pick more of a battle with the opposition and bring my Dad into things a bit more! It might involve doing even more research into the opposition batsmen’s strengths and weaknesses so I’m very focused on getting in a competitive battle with the batsman instead of sometimes relying on the crowd to get your emotions going to be able to bowl at your best.”

Evidently, the England Cricketers have missed playing Cricket quite a lot over the last 3 months, as the intensity with which the squad is training at England’s pre-series camp in Southampton that the coaches have had to step in to actually hold the players back in so they don’t risk getting injured. It is also an indication of the level of competition within the 30-man group, all of whom are looking to claim a spot in the first Test squad which will be named after the three-day practice game on Wednesday (July 1).

Perhaps the biggest area of strength is in the fast bowling attack with every leading Test candidate fit and firing. “From the training I’ve seen it is pretty impressive what is going around. I bowled with Mark Wood a couple of days ago and he is bowling beautifully, great control and pace. There is certainly no panic over the strength in depth of English fast bowling. We’ve all come here fit and fresh which is rare for a fast bowling group,” Broad said.

Ahead of next winter’s Ashes series in Australia, a medium term objective that Chris Silverwood has openly targeted, it is a good position to be in. “The dream ticket is to board a flight for Brisbane and having this lot of fast bowlers all ready to go. That is the aim for English cricket. Can we have Olly Stone, Jofra Archer, Mark Wood, these sort of pace guys, (Chris) Woakes, (Sam) Curran, Broad, Anderson, all fit, fresh and ready to go. If we can we’ve got a chance of winning there,” Broad said.

At the moment though, Broad is focused on the upcoming series against West Indies and Pakistan, who arrive in the UK on Sunday (June 28), and adapting to the unprecedented nature of this summer. Broad said, “We’ve got to make sure as a group of players that we don’t look too far ahead at future series, we get it right now. If we get this wrong in these six, seven weeks then we could lose these series against two very good teams. We’ve almost got to forget about the long term right now. We’ve got to make sure we get our bubble right to be able to perform at Test match level because mentally if you switch off at all at this level, it gets you. We’ve got to adjust to the conditions we’re living in to be able to perform at our best.”