Pakistan were left to rue a basic error from 16-year-old debutant Naseem Shah as Australia opener David Warner plundered the visitors’ attack with a brilliant 151 not out on the second day of the first Test at the Gabba on Friday. Australia finished the day on 312 for the loss of just one wicket, 72 […]
By PTI Fri, 22 Nov 2019 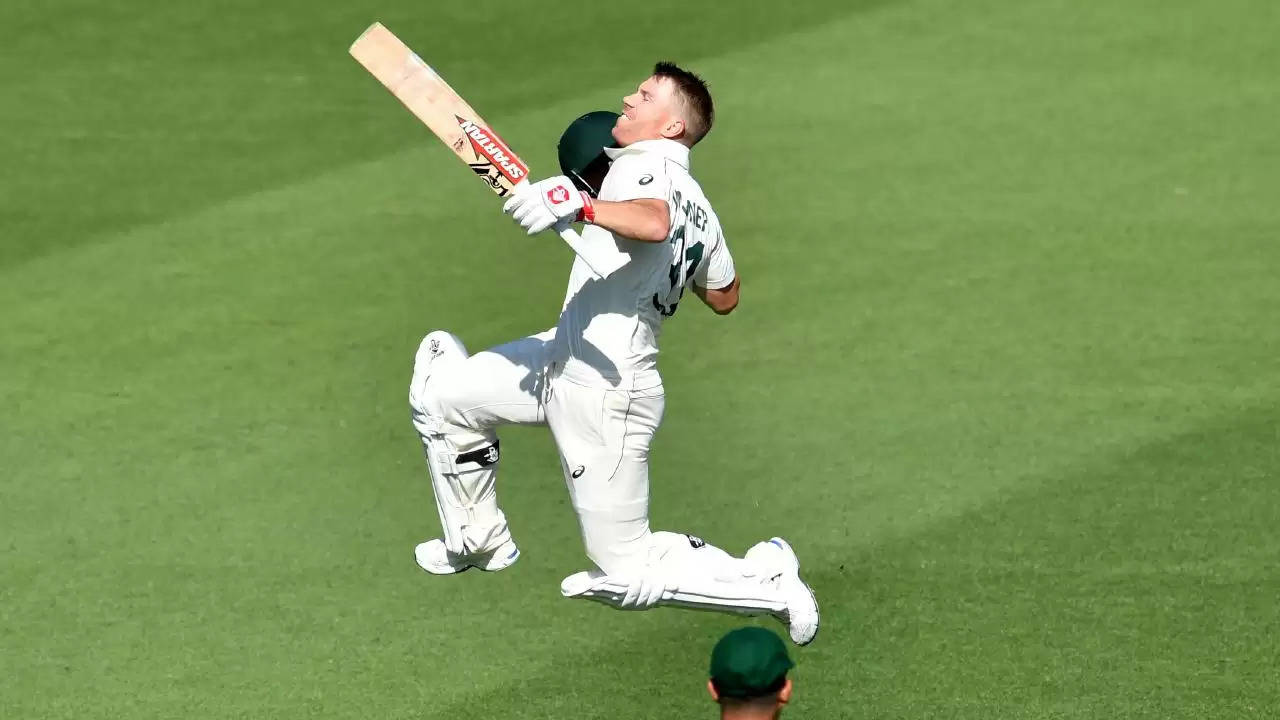 Pakistan were left to rue a basic error from 16-year-old debutant Naseem Shah as Australia opener David Warner plundered the visitors’ attack with a brilliant 151 not out on the second day of the first Test at the Gabba on Friday.

Australia finished the day on 312 for the loss of just one wicket, 72 runs ahead of Pakistan’s first innings total of 240 and already in the driving seat.

Marnus Labuschagne was alongside Warner on 55, with the only wicket to fall that of Joe Burns, who made 97 before sweeping a Yasir Shah (1-101) delivery onto his stumps.

Warner scored his first Test century since a year-long ban for ball-tampering, but only after a huge let-off when he was caught behind off a Naseem no-ball.

The mercurial opener was on 56 at the time, and he then survived a near run-out on 93 before ending a century drought stretching back nearly two years.

The 33-year-old, who managed just 95 runs in 10 innings during this year’s Ashes series against England, reached his 22nd Test ton when he turned Yasir around the corner for a single in the second over after tea.

Before the Ashes, he spent a year in the wilderness over the ball-tampering scandal and there were questions as to whether his days as an automatic choice at the top of the order were over.

However, in home conditions and against an attack that struggled for sideways movement, Warner was in imperious form as he brought up his fourth Test century at the Gabba.

In the second last over of the day, Warner had another close shave when he was beaten by an Imran Khan delivery that brushed the off stump without disturbing the bails.

Naseem looked impressive on debut and regularly bowled at over 145 kilometres (90 miles) per hour, but he was guilty of overstepping the mark on a number of occasions, despite not being called by the umpire.

In the second over after lunch, he enticed an expansive drive from Warner, who nicked the ball to wicketkeeper Mohammad Rizwan.

But Warner had barely left the crease when he was called back after TV umpire Michael Gough picked up that Naseem had again overstepped the mark.

Warner and Burns were largely untroubled during their 222-run partnership on a day when the Pakistan bowlers could get neither swing nor spin.

Naseem looked like he belonged on the big stage with a number of bristling spells before leaving the field late in the day with an apparent leg injury.

But the lack of movement meant Warner and Burns were able to play him with relative ease, although he smashed Burns on the elbow two balls before the lunch break.

Burns looked certain to join Warner in reaching a century before a lapse in concentration saw him drag a Yasir ball onto his stumps three runs short of a second hundred in as many Tests.

Labuschagne, who was a revelation on the Ashes tour, replaced Burns and breezed to an impressive 55 not out. (AFP)