The first ball Mohammad Abbas bowled at Marnus Labuschagne was a length ball just outside off-stump, one that should ideally have gone through to meet a solid defensive push. Instead, Labuschagne walked across his sticks, and flicked the ball through mid-wicket to fetch a boundary. The effortless was flick was a characteristic shot for Labuschagne […]
By Rohit Sankar Fri, 29 Nov 2019 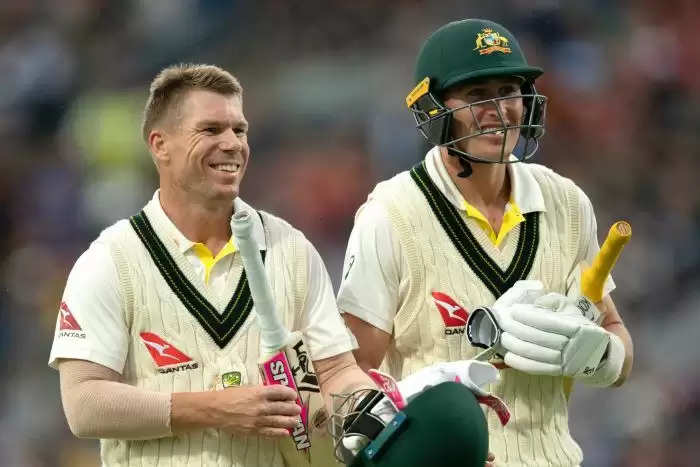 The first ball Mohammad Abbas bowled at Marnus Labuschagne was a length ball just outside off-stump, one that should ideally have gone through to meet a solid defensive push. Instead, Labuschagne walked across his sticks, and flicked the ball through mid-wicket to fetch a boundary. The effortless was flick was a characteristic shot for Labuschagne right through the day at Adelaide as he composed a splendid Test hundred – his second in Test cricket.

At the other end, David Warner’s first eight boundaries before he reached his half-century were all scored on the off-side, half of which were creamed between point and cover. His first boundary on the leg-side – a slog sweep off Yasir Shah – came in the 36th over of the innings.

A feature of Warner and Labuschagne’s 294-run partnership was how the duo cut down shots in the ‘V’ and looked to play horizontal bat shots, helped in plenty by some listless bowling from Pakistan.

Right from the time Muhammad Musa, the debutant, was on, Pakistan’s bowling plans – that seemed to be in proper place early afternoon – started wearing a questionable look. The young speedster was consistently short and banged the ball onto the wicket, perhaps excited by the tennis ball bounce on offer.

Labuschagne and Warner had identified their respective areas in the field and peppered the boundary effortlessly off him. If the pull shot was a go-to one for Labuschagne, Warner thrived on the front-foot cut or the slash through backward point.

Pakistan kept feeding the two batsmen in their preferred areas. If the plan against Warner was for right-arm pacers was to come around the wicket, the execution was poor as they often gave him too much width. To Labuschagne, they clearly wanted to test his neck area but the spongy bounce and lack of enough lift meant that the balls sat up to be hit.

A look at the wagon wheel of the two batsmen show how Australia thrived on day one. But look closer and it also shows how Pakistan consistently erred against the two batsmen.

If Warner was fed balls well outside his off-stump, Labuschagne was given short balls on his body. When the plan started falling apart, Azhar Ali resorted to putting men in the deep – two on the leg-side for Labuschagne – to prevent the boundary. The one time Musa did come around the sticks to bowl a proper perfume ball at the right-hander, there was no short-leg in place to put pressure on the batsmen. 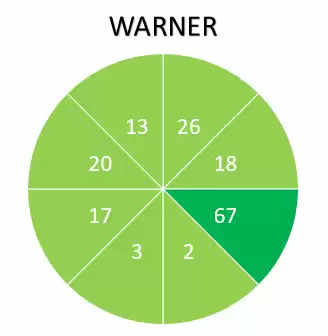 A whopping 40.36% of Warner’s runs came through the cover region. Furthermore, 68.07% of his runs came through the off-side alone. Just two of those came through the ‘V’ down the ground on the off-side. David Warner was happily allowed to sit back and cut when his failings in the Ashes had come off deliveries that would have gone on to hit the sticks or seamed away from him after coming in with the angle from around the wicket. Nothing of the sort came from Pakistan’s bowlers. Glaringly, until tea on day one, Abbas had bowled just one delivery to Warner that would have gone on to hit the stumps.

Labuschagne, from his end, was content not looking to drive too much to induce the edge. Musa fed him with enough short balls while Yasir was equally generous with his share of half-trackers. The only bowler to test the right-hander was Shaheen Shah Afridi, who was getting the ball to angle across him to force an edge. Labuschagne, unperturbed, cut down his cross-batted shots against him. Off the first 25 balls he faced from Shaheen, Labuschagne did not score a run. In 58 balls by end of day, he had scored just 19 runs, happily stealing runs off other bowlers while playing out the left-arm seamer.

Pakistan, or Azhar Ali, seemed oblivious to this clearly and the right-hander never had to face too much of Shaheen after the initial spell where he was a bit all over the place. Instead, he was fed with Musa, who was too short at him. Labuschagne scored five boundaries off Musa, four of which came off pull shots.

The only other plan Pakistan seemed to even ponder against the no. 3 batsman was to use Abbas to push for the leg-before-wicket. This involved bringing Marnus Labuschagne back inside his crease for he was batting outside to counter the movement. Mohammad Rizwan came up to the stumps for this, but Abbas was either too short to test the pads or flayed down the leg-side helping the Australian to flick him with ease. 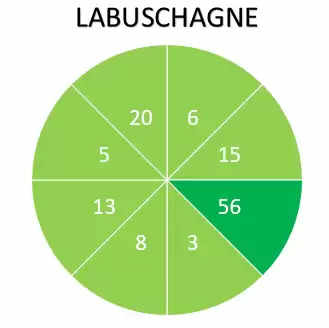 Off the 126 runs he made, 56 came through the mid-wicket region alone which he peppered with pulls and flicks. A further 20 runs came through the third man region which was used to dab the same short balls that were bowled outside off-stump.

With bizarre plans in place and some listless fielding, Pakistan handed Australia the day on a platter. Musa and Yasir, their third and fourth bowlers, went for 158 runs in 27 combined overs, an economy rate of 5.85.

Abbas has bowled 93% of his deliveries on a good length, the highest he’s ever recorded in a Test innings, but not a single ball he’s bowled would have gone on to hit the stumps. #AusvPak

Abbas was economical only because he barely tested the batsman’s stumps and was left alone a lot of times. Shaheen tested the Aussie batsmen, in particular the right-handers, but with no consistent pressure applied by his skipper with field placements or his co-bowlers from the other end, the left-arm seamer’s effort went in vain.

Cut the scoring areas of the wagon wheel into slices of pizza, and you had David Warner and Marnus Labuschagne, still licking their lips from The Gabba feast, fed with one fat slice of pizza each – the mid-wicket slice for Labuschagne and the cover slice for Warner – and they were too hungry to miss out.