Bangladesh vs Afghanistan: Meticulous Afghanistan hand Bangaldesh a dose of their own medicine

Afghanistan beat Bangladesh in Chattogram by 224 runs in a one-off Test match. Yes, that is true and the way the Afghanistan side went about their business wouldn’t give a small inkling that this was just their third Test match. In fact, the match turned out to be a case of Afghanistan giving Bangladesh a […]
By Karthik Raj Tue, 10 Sep 2019 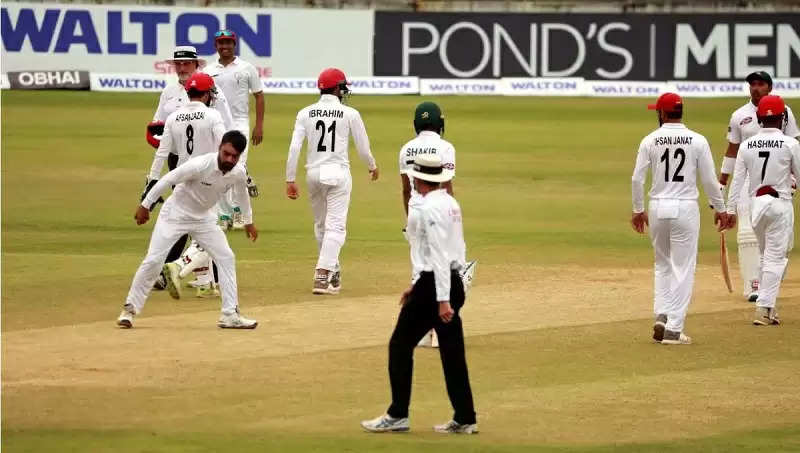 Afghanistan beat Bangladesh in Chattogram by 224 runs in a one-off Test match. Yes, that is true and the way the Afghanistan side went about their business wouldn’t give a small inkling that this was just their third Test match.

In fact, the match turned out to be a case of Afghanistan giving Bangladesh a dose of their own medicine to end up in a triumphant manner at Chattogram. In the past two-three years, Bangladesh have been able to strangehold top teams like England and Australia with their quality spin bowling attack. As a result, it wasn’t a surprise when Bangladesh went with an all spin bowling attack.H

However Shakib Al Hasan and Bangladesh’s plans didn’t work out properly as Afghanistan went about their business in the most professional manner. Batting first, Rahmat Shah and Asghar Afghan exhibited the lesser known facet of Afghanistan’s cricket and especially their batting. They bided theirt time put away the bad balls and ensured that their bowling attack had the cushion of a healthy first innings total to work with. While it might be easy to say all this, the ability to implement the same had at the international level been quite tough for the Afghanistan team. 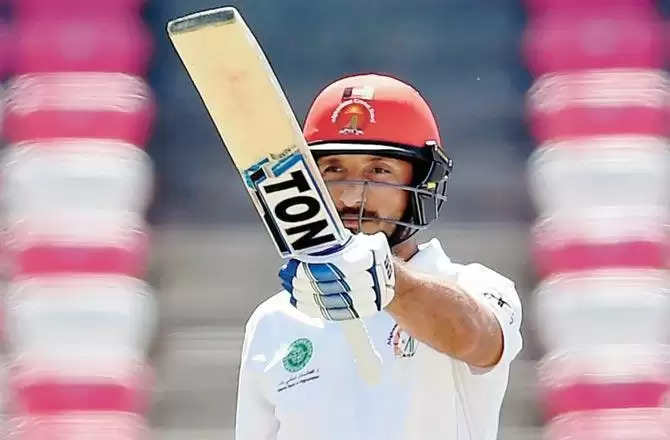 This discipline and patience turned out to be the major difference between the two sides as the Bangladeshi batsmen were guilty of throwing away their wickets on a lot of occasions. In particular, Mominul Haque and Mosaddek Hossain’s shots to get out in the first and second innings respectively costed the home side in a big manner.

Further, just like Shakib had lamented that the track didn’t provide enough assistance for the spinners and termed it as a ‘flat pitch’. While this was true to an extent and the Afghanistan wrist spinners extracted more turn out of the wicket, Bangladesh’s lack of a Plan B hurt them quite a bit. In such a situation, it would have been wise to go in with a couple of seamers especially after considering the vulnerable nature of the Afghanistan batsmen against pace bowling but instead the home side went with an all-spin attack.

The failure to adapt and more importantly the intention to bulldoze Afghanistan through spin came back to bite the host nation in the harshest way possible. A spin onslaught against England or Australia might have been completely understandable but the same against a subcontinent team only defied logic.

If anyone would have sat down to write a preview or even just think about the lone Bangladesh-Afghanistan Test, he/she definitely wouldn’t have given much of a chance for Afghanistan to pull off a victory in this Test match. Especially for casual fans, the only Test Afghanistan had played until the match against Bangladesh was the one against India where they had been demolished inside two days. Although the match was part of the overall learning process, it was still a day to forget for Afghanistan. Due to the magnitude of the loss, it wasn’t surprising that Afghanistan’s only Test was against India and the win against Ireland at Dehradun was all but forgotten.

Considering all this and also the difference in experience between Bangladesh and Afghanistan as Test nations, perhaps all those previews weren’t off the mark too. It is in these kinds of situations that Afghanistan spring up unexpected performances. After all, they have made us expect the unexpected right through their cricketing journey. The up and coming nation prepared meticulously for this one-off yet important Test match.

First of all, the Afghanistan Cricket Board arranged an A tour to Bangladesh just before the senior team’s sojourn in the country started. This series gave youngsters like Ibrahim Zadran, Qais Ahmad, Yamin Ahmadzai and Afsar Zazai not just an opportunity to hone their skills but also to present a case for their selection for the Test match. Some of the seniors were playing in the T20 blast while the others trained in Afghanistan under the watchful eyes of Andy Moles, Chief Selector-cum interim head coach for this Bangladesh tour.

Moles’ association with Afghanistan is quite an interesting one to say the least. Moles was the senior team’s head coach until the 2015 World Cup, thereafter he resigned and became the U19 and A team coach. It was only after the A tour came to an end that the Englishman took up the position of Chief Selector. Some could wonder how a foreigner could be appointed as Chief Selector but no one would be as well versed with Afghanistan cricket as Moles. Also, the team needed some stability after all the on and off-field controveries during the disappointing World Cup campaign.

It is very common and might have even become a bit repetitive to remember Afghanistan’s World cricket League Division 5 campaign in 2008 after every major achievement but it just reflects the importance of that tournament. Even now it would be apt to just go back in time to that WCL tournament and relish this historic win even more. One should imagine living in 2008 and seeing a crystal ball which shows that Afghanistan have just beaten Bangladesh in Bangladesh and that too in a Test match. No one would have believed it. Absolutely no one. Some might have even wondered whether Afghanistan have a cricket team. 11 years down the line and their 2nd Test win later, this journey through the ranks still astonishes the cricketing community as a whole.

Their Cricket World Cup performance put fear in the minds of cricket lovers as to whether Afghanistan will go into oblivion just like Kenya did due to politics, corruption and so on. But within a gap of a few months, Afghanistan have shown that they can never be taken lightly. Rashid Khan might be smashed for 110 by Eoin Morgan but he will still come back to almost single handedly win a Test match for his country. Asghar Afghan might have been sacked as captain, but he will still fight for his nation. And finally Ibrahim Zadran will show the new face of Afghanistan cricket. A face that reflects their hunger to keep evolving and stay afloat as one of the sport’s most inspiring stories ever.