When West Indies went past England’s score of 204 and eventually ended up with 318, it was a peculiar but a very good position. In this 21st century, West Indies rarely have found themselves in lead after the first innings away from home against one of the top eight teams. With 114 ahead, they certainly had […]
By Sahil Jain Sun, 12 Jul 2020 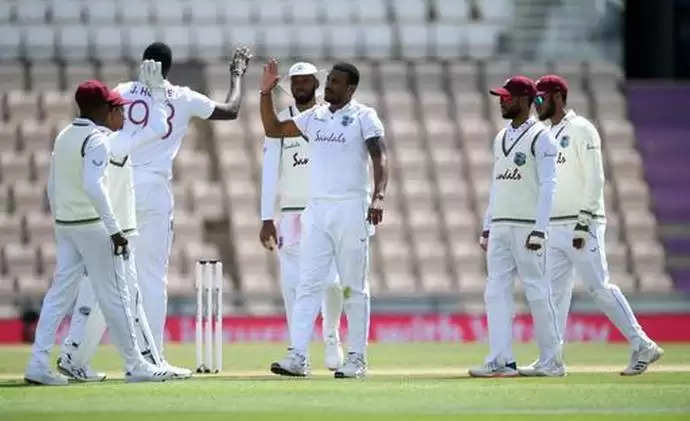 When West Indies went past England’s score of 204 and eventually ended up with 318, it was a peculiar but a very good position. In this 21st century, West Indies rarely have found themselves in lead after the first innings away from home against one of the top eight teams. With 114 ahead, they certainly had their noses in front.

England started the day on 15/0 after playing out 10 testing overs towards the end of the third day from the trio of Shannon Gabriel, Kemar Roach and skipper Jason Holder. They reached 79/1 at Lunch and 170/3 at Tea and had played out 24 and 30 overs in the respective sessions.

It seemed attritional cricket at it’s very best. Both teams waiting for the other to blink. At one point, it did seem like this game might be heading towards a draw. But with two fragile and iffy batting line-ups, you never rule anything out. Be it England or West Indies, the game always seems alive. A collapse is never too far away. Maybe, you can say this didn’t feel that way.

West Indies bowlers had bowled their heart out but had very little to show for their efforts. Only two bowlers had picked up their wickets. Roston Chase had taken a couple of wickets off not the best of deliveries. Gabriel had taken one. Roach and Holder kept building pressure with disciplined lines and lengths. There were hardly any freebies. They didn’t allow England to run away with the game. All they did was keep the run-flow in check.

England’s plan seemed to be to wait, wait, wait, suck the life out of the West Indies bowlers and then land a punch. But the men from the Caribbean were prepared for it.

In the first hour of play, the England openers scored 47 runs and it looked like they were starting to get a move on. That’s when the West Indies bowlers started to suck momentum from the innings. When drinks were called upon after the first hour, England were 62/0 from 24 overs. Both openers looked fairly settled. There was the odd ball that stayed low or shot up. But there wasn’t anything alarming. Roston Chase found a bit of turn and there was just one delivery that whipped past Rory Burns’ edge.

The England openers were happy to bide their time as well. Sibley went from 23 off 74 balls to 29 off 113 balls. On the other hand, Burns played 33 balls for his three runs in that duration. And that brought the wicket and that too off a rank long hop from Chase. Burns was the man who was looking comfortable and had done the bulk of the scoring till then and he fell prey to the pressure.

And it brings a wicket…#ENGvWI

Sibley got to his half-century almost an hour after lunch but was dismissed soon after. Joe Denly tried continuing that plan, consuming the balls, playing the waiting game before he once again fell after getting his eye in. He played 70 balls for his 29. For a large part of his innings, he looked out of sorts and just when he started to take control, he fell to Chase. His dismissal came five overs before Tea and England were scoring at just above two an over.

The West Indies fast bowlers along with Roston Chase had done really well. However, things did start to break loose with the arrival of Stokes and his partnership with Zak Crawley. England’s batting has been prone to collapses and Stokes knew that. At Tea, England’s lead was just 54. Hence, it’s no surprise that along with Crawley he tried shifting the pressure back on the visitors with some crisp stroke-play. Both batsmen were looking threatening.

England did start scoring a lot freely and the arrival of the second new ball helped as well. It seemed like England’s ploy of wait and punch was going in the right direction. Despite being economical and despite all the discipline, the West Indies bowlers didn’t threaten enough. But just when things started drifting away, they fought back and the hard work of the entire day’s play turned into reward in the final hour. The pressure they had built in the first two sessions seemed like it had built on England as they looked for some quick runs as they tried to press forward and that forced the errors.

Holder got his opposite number for the second time in the game as the battle of all-rounders and captains continued. Joseph who has been rated highly by the West Indies head coach Phil Simmons (who felt Joseph will have a big role to play in the outcome of the series) built on the small opening that Holder provided. The young speedster nipped out the well-set Crawley before knocking over Buttler in the span of a few overs. And the game was back to life and West Indies were back in it. Gabriel came back for a solid burst towards the end and drove home the advantage. He did what he does best, target the stumps. He had Dom Bess and Ollie Pope’s stumps all over the place and suddenly, with England eight down at stumps, West Indies have their nose ahead.

From 249/3 when the game was just going out of West Indies’ hands, they punch back to life and have England at 284/8. The lead of 170 might still be a dicey one given the fragility of West Indies’ batting line-up. But it is a position that West Indies have barely found themselves away from home in a number of years against the top teams. 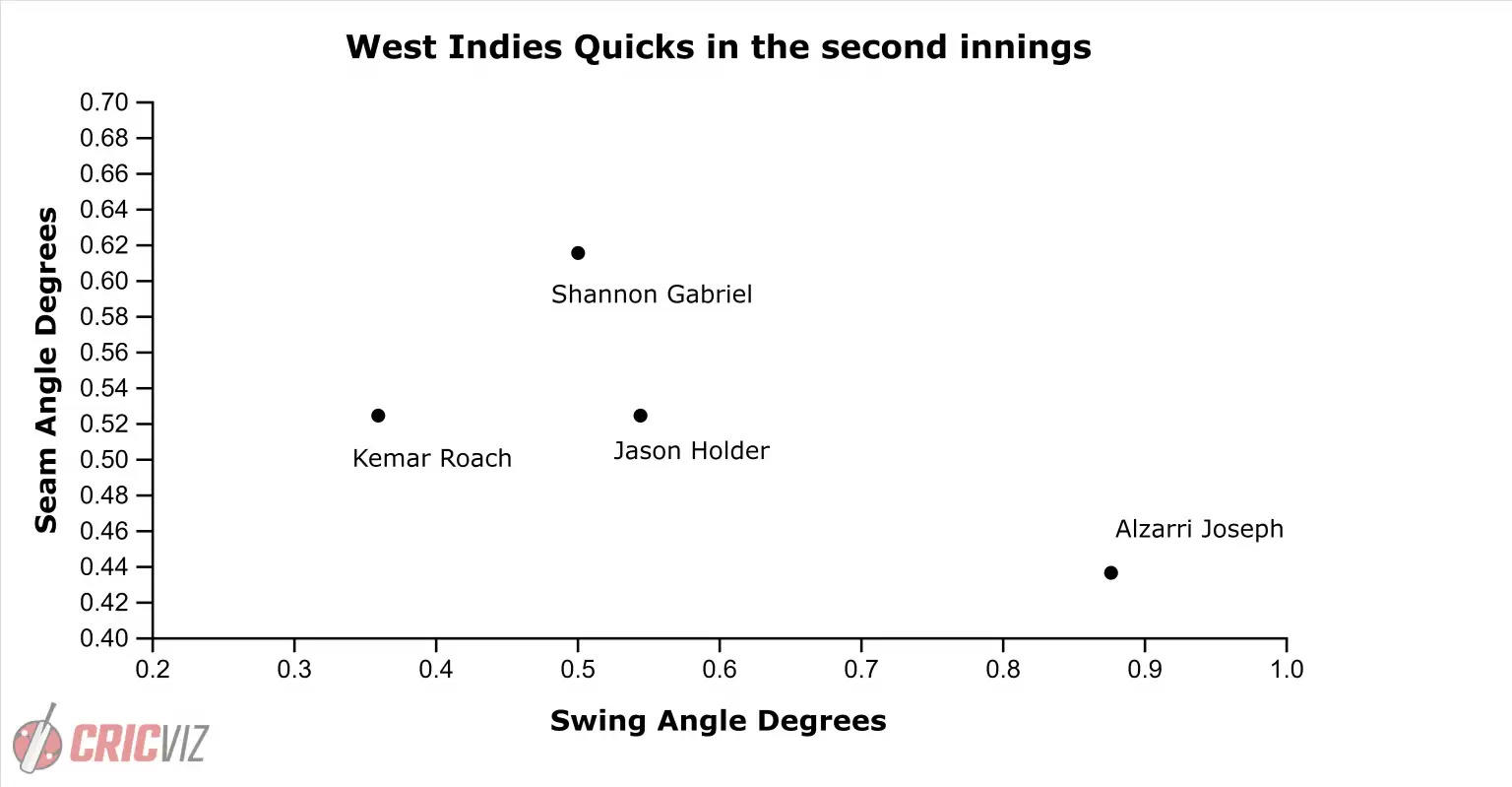 And this is all due to their bowlers. Everybody kept saying you cannot take this West Indies side lightly for the bowling attack they have and they showed exactly why. According to CricViz, none of the West Indies fast bowlers found swing more than 0.9. Neither did they find seam movement of more than 0.7, yet they found a way to come out on top.

“The patience we exhibited has been something that we’ve been asking for for a while, and today it showed up. We bore the fruit of that in the evening session. You can’t really say much more – they stuck to their tasks,” was how Phil Simmons put it in the post-day press conference.

The patience, the discipline, the control and the fight – the West Indies bowlers were prepared to do the boring bit and land the punch. Gabriel bowled quick and with great fire, Roach and Holder bowled with excellent control, discipline and intent, Jospeh kept up the pressure. They sucked the life out of the England innings in the first two sessions before reaping rewards in the final hour.