Test Cricket is back. One could not have asked for a better finish for the sport on its comeback. On a day that offered an excellent battle between bat and ball, the hero for the West Indies in the victory was probably the most unlikely one. While the talk was about how crucial Shai Hope […]
By Gomesh Shanmugavelayutham Sun, 12 Jul 2020 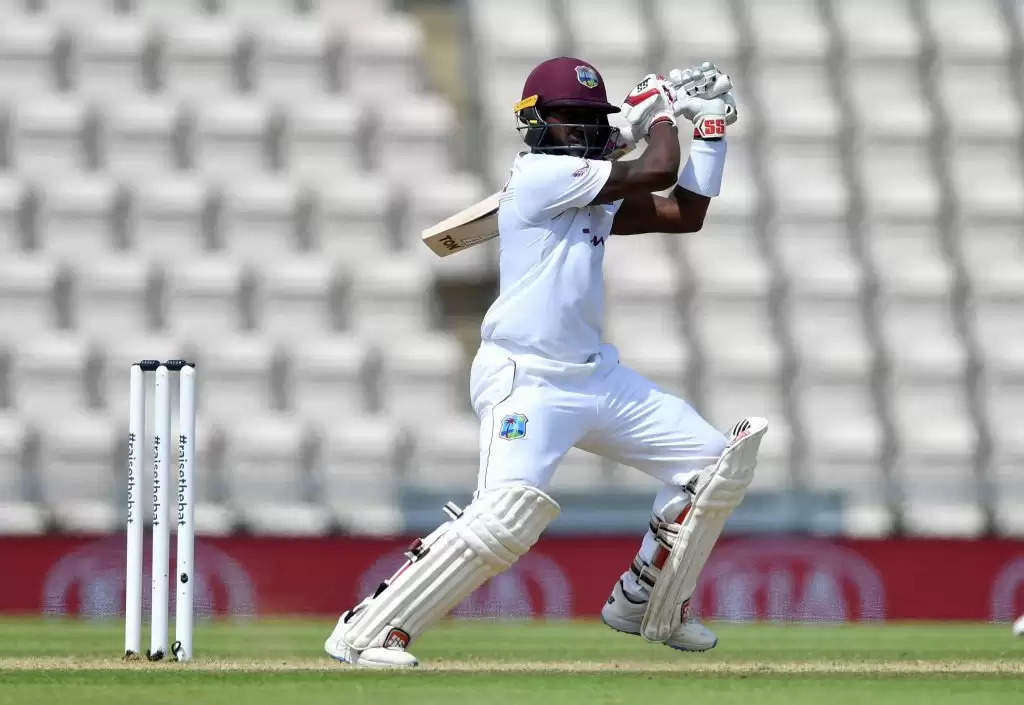 Test Cricket is back. One could not have asked for a better finish for the sport on its comeback. On a day that offered an excellent battle between bat and ball, the hero for the West Indies in the victory was probably the most unlikely one. While the talk was about how crucial Shai Hope and Kraigg Brathwaite, the duo who did it for them at Leeds in 2017, are for West Indies, it was Jermaine Blackwood who rose to the occasion.

After the way he got out in the first innings, Blackwood was ideally expected to play a quickfire innings down the order as he did in the Leeds victory. Here, coming in to bat early while chasing 200, he had to play differently. He held back his shots early in the innings and opened up once he crossed 40. He built partnerships with Roston Chase, Shane Dowrich and Jason Holder to take them close to victory.

Blackwood fell short of a well-deserving century by just five runs. He smashed Stokes straight to mid-off while trying to go over the fielder with ten runs to win. A shot that was put to good effect earlier in the innings proved to be counter-productive in the end. Holder hung in there till the end in the chase.

Also Read: Cricket Quiz: Can you name every Indian player to play in a T20 World Cup?

However, it wasn’t a walk in the park. Jofra Archer’s first over made it clear. He hit John Campbell on his toe on the first ball with a yorker, and the batsman walked off the field a few balls later. Soon, he rattled the Windies top-order batsmen by attacking the stumps. Archer pushed them back with short-of-length deliveries and followed it up with full length to dismiss Brathwaite and Shamarh Brooks cheaply. Mark Wood employed a similar strategy to remove Hope. One could see that coming.

With Campbell retired hurt and losing three quick wickets soon after, West Indies were struggling at 27/3. Chase and Blackwood got together and did what was required. For starters, they stopped a possible collapse and then, slowly started to put together a partnership. In the post-lunch session, England seamers were consistently bowling on the shorter side. Dom Bess, too, wasn’t attacking the stumps as much as he could have. That allowed the Windies batsmen to nudge around and pick up singles.

Off the 74 runs, they added, only 20 were from boundaries. They proactively ran between the wickets to put pressure on the English bowlers. The fact that Jos Buttler dropped Blackwood, followed by a missed run-out chance and another drop by Rory Burns at third slip on a No-ball didn’t help the hosts. England had a forgettable day in the field.

When things were looking dire for them, Archer bowled a snorter to dismiss Chase. Out of nowhere, he bowled a short delivery that rose steeply towards Chase, who couldn’t help but fend it to the keeper. Archer followed it up with another one to Dowrich. It missed the bat by a whisker, hit him on the elbow, and went straight to first slip. According to Cricviz data, 58% of his deliveries in the second spell were on the shorter side. The lanky pacer was generating pace on a pitch that wasn’t offering much help.

Jofra Archer is peppering the West Indies batsmen. In this second spell, 58% of his deliveries have been short. Deep into the game, he’s getting life out of the pitch. #ENGvWI

After the tea break, Stokes looked the most threatening bowler as the ball started reversing. He dismissed Dowrich twice in two balls only for the first one to be called a No ball. Once Blackwood got out, Campbell walked-in and there were a few tense moments as they inched close to the target. Holder and Campbell held their nerve and saw through the chase.

Earlier, England batted for just seven more overs on day five, where they added 29 runs, taking the lead to 199. Shanon Gabriel took five for 75 dismissing both Archer and Wood.