Since the retirement of Andrew Strauss, no England opener, apart from Alastair Cook, has played 20 Tests. The highest is 17, by Kenton Jennings and Rory Burns. The search for an ideal partner for Burns has been on since 2018, in a period where England has tried as many as six options. Dom Sibley comes […]
By Gomesh Shanmugavelayutham Fri, 17 Jul 2020 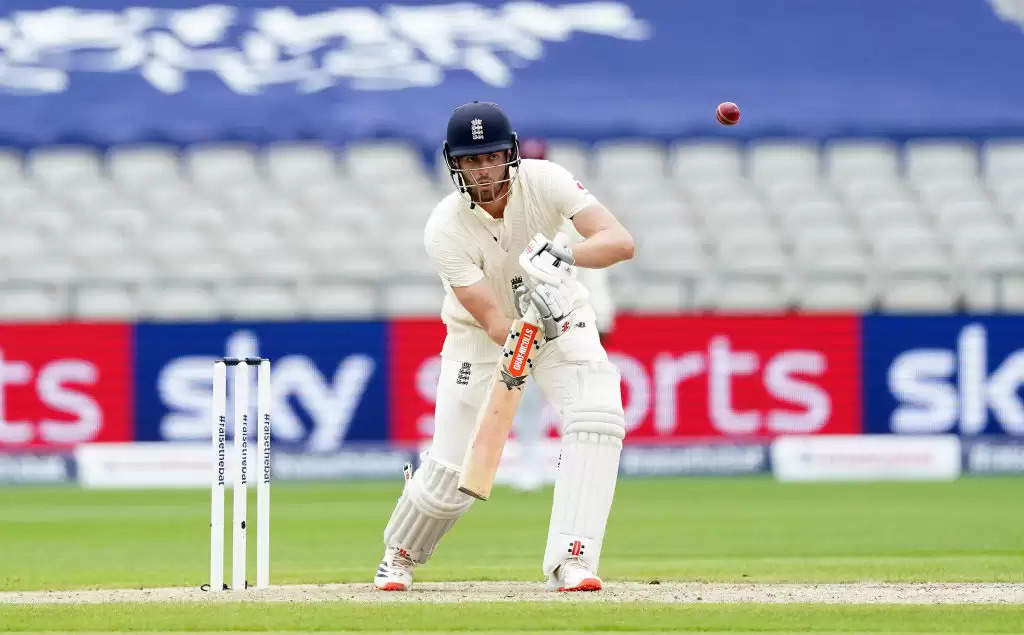 Since the retirement of Andrew Strauss, no England opener, apart from Alastair Cook, has played 20 Tests. The highest is 17, by Kenton Jennings and Rory Burns. The search for an ideal partner for Burns has been on since 2018, in a period where England has tried as many as six options. Dom Sibley comes closest to be the one, and today, at Old Trafford, he showed why he could be the opener that England is looking for.

After losing a couple of early wickets, Sibley struck a partnership with captain Joe Root, who was coming from a family break. The duo, especially Sibley, was happy to hang in there and take it slow, as the priority was to build a partnership. Sibley scored his first boundary on the 92nd ball he faced. There were a few play-and-misses, edges were falling short, and he was cramped by bowling at his ribs trying to get him out down the leg. Aware of the plan, Sibley was consciously avoiding his natural flick off the hips. He even took a couple of blows trying to keep the bat away.

He added 52 runs with Root before a smart bowling change did the trick for Jason holder. As Root was settling in, Alzarri Joseph came into the attack for his second spell. The first ball was pitched too full and wide and driven straight to point. Second ball – Joseph dragged the length slightly back and swung it away from Root, who edged it to second slip.

Joseph exploited the crease by bowling from wide off the stumps and angling it into the right-hand batsmen. For Ben Stokes, Joseph was running in closer to the stumps, creating a different angle for him. He bowled tight lines while trying to move the ball away from the left-hander.

Stokes, too, had a different approach early in his innings. He stood still while defending the seamers, unlike the first Test. Though the back and across trigger movement was there, he wasn’t walking down the pitch as there wasn’t much seam movement. Post-tea, Stokes was actively using his feet and was trying to score positively, especially against Chase.

Meanwhile, Sibley looked solid as he brought up his first half-century off 164 balls( has a century already). According to ESPNCricinfo, he played with 86% control, making most of his runs from the leg side. There was a brief period of play where Holder and Gabriel troubled him and Stokes. Apart from that, they managed to negotiate the reverse swing of Roach late into the day. Stokes brought up his 21st half-century, and they saw through the day’s play, taking England to 207/3.

However, the most unexpected event of the day came even before the match began. Jofra Archer was dropped for breaking the bio-secure bubble while travelling from Southampton to Old Trafford. England chose to go ahead with the players available in the squad they had selected – Stuart Broad, Sam Curran and Chris Woakes. It was only the third time they had changed all three frontline bowlers from the previous match. Meanwhile, the West Indies remained unchanged.

Just like the first Test, the start of the match was delayed due to rain. Once the play began, Holder chose to field after winning the toss, hoping that the weather would help the seamers. However, it wasn’t the case. The pitch did not have much to offer for the seamers. Holder realised it soon enough, and all four bowlers were introduced before the tenth over.

English openers were happy to take it slow. They were scoring at two runs per over, and the first boundary came only in the twelfth over. Roston Chase was brought into the attack, and English openers did not disappoint Holder. Rory Burns was struck on the pads just before lunch by Chase. Burns did a there and decided to review the dismissal only to lose it. The first ball after the break, Zak Crawley flicked one straight into the hands of Holder at leg-slip reducing England to 29/2.