122.1 Jason Holder to Ben Stokes, taken on the full, punched through mid-on for a boundary. The very next ball was full and outside off-stump, which he smashed on the other side of the pitch for a four. A few overs earlier, he nonchalantly drove Alzarri Joseph over long-on for a six. Having seen what […]
By Gomesh Shanmugavelayutham Fri, 17 Jul 2020 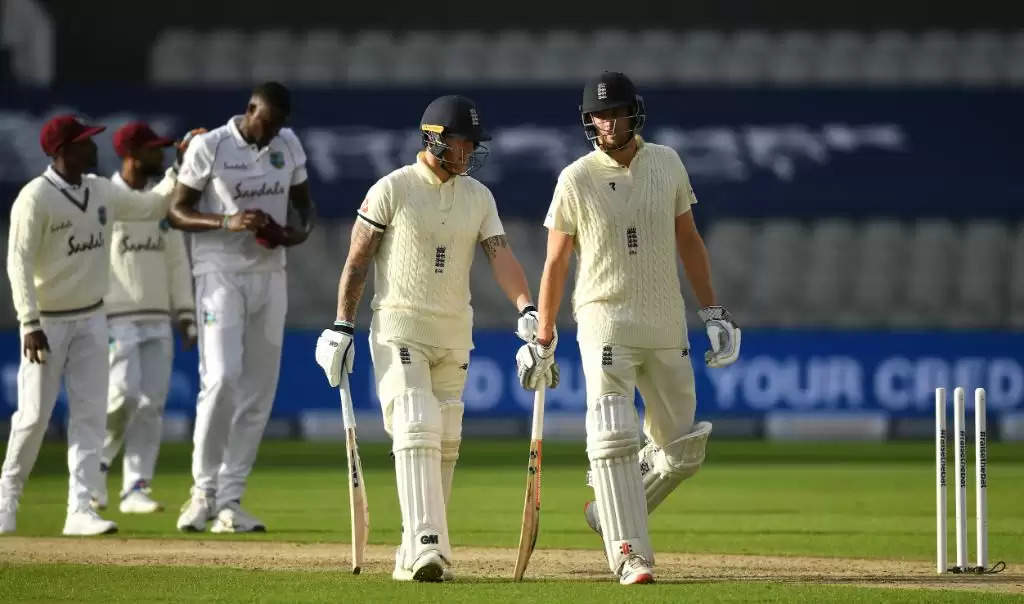 122.1 Jason Holder to Ben Stokes, taken on the full, punched through mid-on for a boundary. The very next ball was full and outside off-stump, which he smashed on the other side of the pitch for a four. A few overs earlier, he nonchalantly drove Alzarri Joseph over long-on for a six. Having seen what Stokes is capable of doing with the bat over the last year or so, it shouldn’t be a surprise. Nevertheless, one cannot help but be awestruck by the few breathtaking shots that he played today.

Stokes took 255 balls to get to his tenth century. The next fifty runs, however, came in just 46 balls. He took the attack to the Windies in the post-lunch session. Stokes made 176 runs from 356 balls, before trying to reverse-sweep Kemar Roach and edging it to to the wicket-keeper. Along with Dom Sibley, who scored his second Test century, Stokes added 260 runs for the fourth wicket. The duo batted for 94.4 overs and almost made sure that England cannot lose this match from here.

Unlike Stokes, Sibley stuck to his game plan. He took 312 balls to get to his century, out of which only 16 were from boundaries. Sibley worked around for his runs, leaving 101 deliveries, which according to the Cricviz data is the most by an England batsman in a single knock since 2006. Stokes surpassed him later in the day. Sibley made 120 off 372 balls, and as he tried to accelerate against Roston Chase, he was caught at deep-midwicket by Kemar Roach. Ollie Pope fell cheaply to Chase, as the off-spinner took four off the first five wickets. Jos Buttler and Stokes made sure that they didn’t lose any further wickets until tea.

While Buttler was trying to consolidate on the team’s total, Stokes got out soon after tea. Roach took his first wicket of the series. In fact, his first since the Test match against India at Kingston last year. Chris Woakes was dismissed the very next ball, and Roach was on a hat-trick, which was halted by Sam Curran. Buttler continued to build on the scoreboard without taking much risk. He eventually got out for 40, holing out to the deep-midwicket fielder. Chase dismissed Curran to get his third five-wicket haul.

With Dom Bess and Stuart Broad adding another brisk 42 runs to the tally, Joe Root declared at 469/9. Coming into the bat, the ideal target for the Windies openers Kraigg Brathwaite and John Campbell was to see through the day’s play without losing any wickets. England seamers Broad and Woakes were consistent with their line and length, giving away literally nothing. With very little swing on offer, they held it tight. It was Sam Curran, who brought the first breakthrough. He swung a couple of balls away from Campbell and followed it with the one that goes straight. Though the left-hander was struck on the pads, England had to use their review to get the decision overturned. Joseph joined Brathwaite and they both hung in there till stumps with the scorecard reading 32/1.

It was a long day for the Windies bowlers. However, it was not that their bowling was below par. In the first session, the seamers were consistently troubling Stokes and Sibley. Shanon Gabriel and Joseph in the first spell, followed by Roach and Holder with the second new ball kept coming at the English batsmen. Stokes, in particular, tried to put them off by walking down the pitch, whereas, Sibley was more than happy to leave the deliveries that he could. The batsmen had a bit of luck going their way. Twice they were saved by ‘the umpire’s call’ and Shai Hope dropping Stokes didn’t help West Indies either.