When we talk about England’s current fast bowling riches, James Anderson and Stuart Broad get special mention. And why not. They are two of the only seven bowlers overall and two of the only four fast bowlers to have scaled 500 wickets in Test cricket. Their record speaks for themselves and they’ve been the torch-bearers […]
By Sahil Jain Wed, 29 Jul 2020 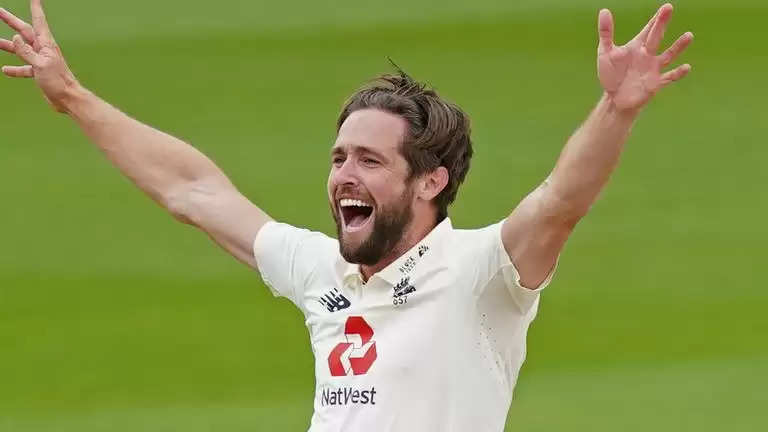 When we talk about England’s current fast bowling riches, James Anderson and Stuart Broad get special mention. And why not. They are two of the only seven bowlers overall and two of the only four fast bowlers to have scaled 500 wickets in Test cricket. Their record speaks for themselves and they’ve been the torch-bearers for England in the longest format of the game.

In recent times, we’ve started talking about the extra pace that Jofra Archer and Mark Wood bring to the table. They are touted as the future of this England attack, especially overseas where England will need out and out pace. Ben Stokes is the man who makes things happen and is a big partnership-breaker. Sam Curran’s left-arm angle gets a mention at times as well.

But what about Chris Woakes? Yes, he definitely comes in the discussion. However, how often do we talk about him? He is not England’s best fast bowler in the current lot nor is he England’s best all-rounder. But Woakes is someone who has always found ways to get the job done.

Woakes, the Test cricketer more often than not flies under the radar. Even in ODI cricket, he is underrated and isn’t mentioned a lot.

And it isn’t stated enough that Woakes loves bowling in England. Yes, it is bound to happen. But the fact is that he can be as lethal as Anderson or Broad in England, or maybe more. In fact, Woakes has the best strike-rate (43.2) of any bowler with 30 or more wickets in England since his debut. Also, his average of 22.53 in England is second-best only to Anderson.

Safe to say Chris Woakes has flown under the radar despite doing incredibly well in home Tests.

Credit to Silverwood for naming him in England's best attack (by his own words).

Since Woakes' debut, no bowler has a better strike rate in England! #ENGvWI #chriswoakes pic.twitter.com/wgfjEOh2pT

We talk about how Broad has come in and had a big impact in the recently-concluded Test series against West Indies. Yes, Broad smashed the third-fastest Test fifty for England, picked 16 wickets in two games, including 10 in the third Test, got his 500th Test scalp. No doubt, those are big achievements. However, Woakes also played the same two Test matches as Broad and quietly did his job.

There was no hype, no spotlight, no headlines on him but Woakes just went about his business without any fuss. Not as much as Broad, but Woakes deserved to be in the starting XI of that first Test too. He made a quiet statement taking five wickets in the second Test and six in the third, which included his fourth Test five-wicket haul. With all the focus on Broad, he chipped away and produced a match-winning performance as well. Woakes finished with 11 wickets in this series, averaging 16.63 and picking up a wicket every six overs.

ALSO READ: Ireland’s youngsters out to make history in England

England’s head coach Chris Silverwood mentioned before the third Test that England will field their “strongest attack” for the series decider. It looked like Anderson, Broad and Archer would form the bowling attack along with Dom Bess. But Woakes got a look-in as the fourth fast bowler and showed that he is a part of England’s best fast bowling attack.

Alec Stewart was all praise for Woakes as well and he believes it’s time that he gets recognition among the big names, especially for his record in England. The Andersons, the Broads, the Archers, the Woods often hog away all the limelight but Woakes now deserves to be talked about as much as those names as well.

“I’m a massive fan of Woakes, especially in England. His record in England is outstanding. It’s a real feather in his cap that he got the nod when Chris Silverwood said ‘we are picking our very best bowling attack for this Test match we have to win. I’m pleased he finished with a five-for because a lot of the time his performances go under the radar compared to these perceived bigger players,” Stewart told The Cricket Debate.

Yes, overall, 106 wickets from 35 matches, an average of 29.40 with the ball and a strike-rate of 57.6 are middling returns. Out of those 81 wickets have come at home. Outside England, Woakes hasn’t really lived upto the billing. He averages 51.68 which was worse before last winter where he showed that he’s a work in progress but improving all the time.

He played a couple of Test matches last winter – one each in New Zealand and South Africa. Seven wickets from those two Test matches are not big contributions but there are signs of improvement. He worked with former England fast bowler Darren Gough for a couple of weeks and the results have started to follow.

He averaged 25.71 and had a strike-rate of 62.5 compared to 61.77 and 120.4 respectively prior to last season. Yes, it’s a small sample size but as stated earlier, he’s a work in progress and improving away from home. In fact, Gough even thinks Woakes might go on and replace Anderson as England’s bowling spearhead in the next 18 months or so.

“You’ve got Woakes, who possibly in the next year-and-a-half will replace Anderson as the figurehead at the top. I think Woakes is a top-class performer. I sat him down in New Zealand and I said to him: ‘Do you want to be known as a bowler that’s good in England? Or do you want to be in the team all year round? And how much do you want it?’ And he wants it, he really does. I was impressed. In New Zealand and in South Africa, he bowled quicker. He can afford to bowl at 90% in England on most pitches, because they’ll always do a bit and every bowler will be in the game,” Gough was quoted saying to ESPNCricinfo last month when England’s 30-man training squad was announced.

Chris Woakes has his vision set on England and Test cricket. He wants to extend his England and red-ball career and hence, is willing to give up the lucrative white-ball deals. In fact, he hasn’t played any T20 cricket since 2018 and the last time he donned an England shirt for a T20I was back in 2015.

In December, Chris Woakes was picked by the Delhi Capitals in the IPL auction for INR 1.5 crore (£160,000). However, the fast bowling all-rounders declined a lucrative IPL contract in order to rest up and prepare for the English summer. Thus, Woakes has his priorities set right and as Gough said, he might well go on and define England’s fast bowling group in the coming years.