Amidst all the chaos and insanity surrounding the COVID-19 pandemic, West Indies have sought to be positive, forthcoming and ready for a battle. From Cricket West Indies President Ricky Skerritt, who called the tour a historic one and never once hesitated to send his players, to former cricketers who have carried the baton of the […]
By Rohit Sankar Fri, 10 Jul 2020 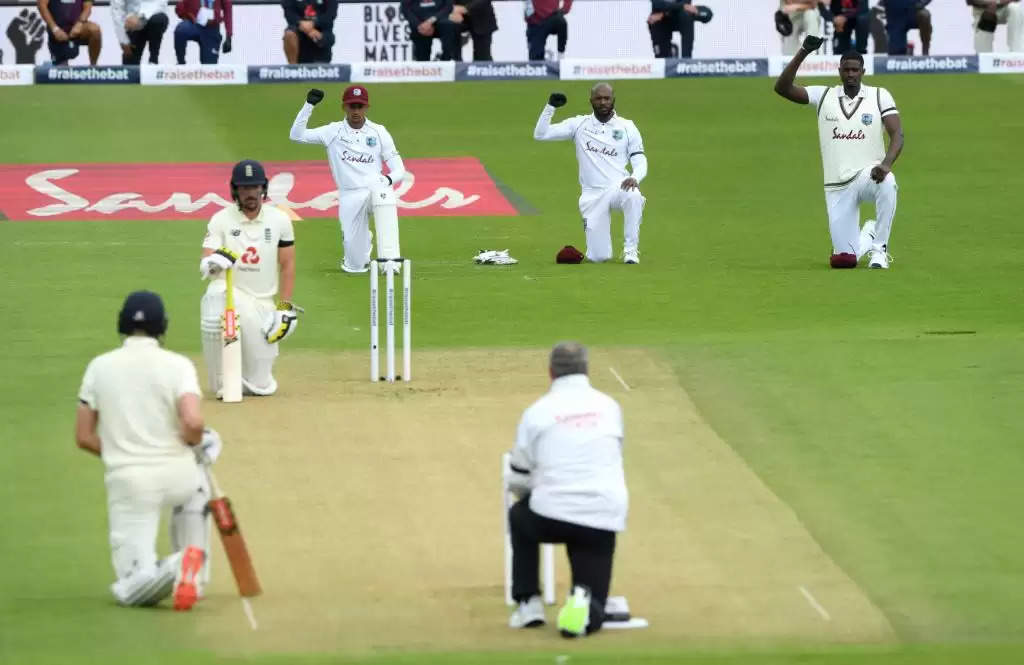 Amidst all the chaos and insanity surrounding the COVID-19 pandemic, West Indies have sought to be positive, forthcoming and ready for a battle. From Cricket West Indies President Ricky Skerritt, who called the tour a historic one and never once hesitated to send his players, to former cricketers who have carried the baton of the ‘Black Lives Matter’ movement in cricket to Jason Holder, the skipper, and his players, West Indies seemed to want to make a difference in these difficult times.

It was evident in the tone of their players before the start of the series – Jason Holder possibly even openly taking a jibe at Ben Stokes about his no.1 standing in the ICC all-rounders’ rankings. It was evident in each DRS call that Holder and his team took nonchalantly and in the casual forward stride that John Campbell took to caress James Anderson through covers off a full delivery on a cloudy day in his lush green paradise with the saliva-less ball swinging around.

While the world is still lazing around in their pajamas, the Windies were suited, booted and ready. They flaunted the BLM logo on their shirts prior to the series. Their colourful training kit garnered more attention than Joe Root’s absence and the underlying confidence seeped through in their powerful words.

"Until we educate the entire human race, this thing will not stop."

If it was their inspirational former skipper Daren Sammy who set the ball rolling with a personal experience, it was Michael Holding with his epoch statements who conveyed vividly that the Windies were here for a larger cause. When they knelt down clenching their fists cloaked in black gloves, West Indies were setting an example to the cricketing fraternity by voicing solidarity and lifting spirits

#ENGvWI Just before the start of play, our #MenInMaroon took a knee to show their solidarity against Racism with the Black Lives Matter movement.

“Is this of financial value to England? Everybody says it is, and I’m sure it must be. For Cricket West Indies it is of cricket value and reputational value,” Skerritt said prior to the tour as revealed by ESPNCricinfo.

On Day 2 at Ageas Bowl, the West Indies team, on the pitch, seemed to be playing for their whole community; for the “reputational value” Skerritt was talking about.

There was unprecedented assuredness and clarity in their strides. Their bowling attack was always deemed sharp, but even when a couple of catches went down, the intensity never dropped. The bowlers kept producing chances as though to lift the dejected fielders who let them down.

They had each other’s back right through the two days; seemingly playing for Sammy, Holding, Sir Everton Weekes, who passed away last week, and essentially every one of us out there itching to return to normalcy. The Caribbean spirit, that is so often talked about as a glitzy shindig, was displayed in a raw, pacifying manner.

From their off-field camaraderie and subtle, yet certain confidence to their on-field diligence, the Windies seemed a different unit, one driven by purpose.

Their off-field mojo translated into composed, calculated performances on it. Rightly, it was the skipper that led them by example with his ever-reliable pace attack hounding the English batsmen.

Jason’s 6 wickets now best figures by a West Indian captain against England.
Prev: 5-31 John Goddard at Georgetown in 1948
Prev (in Eng): 5-41 by Garry Sobers at Leeds in 1966#WIReady #ENGvWI pic.twitter.com/BoNWAG9rIg

Even as five calls went against them from local English umpires, there was no show of dissent from even a single player. The arms went up each time to indicate a ‘T’ and jubilation followed.

They did get one review wrong but at the end of day two, it was clear which team had their noses in front. It may or may not translate into a series. However, more importantly, it was writ large that the West Indies, even more than England, were leading the fight for normalcy to return, not just in the sporting realm, but society at large.