At the floodlit Eden Gardens, wrist spinners landing the pink ball with scrambled seam will be far more difficult to pick than finger spinners, feels senior off-spinner Harbhajan Singh. India will be playing its much-awaited first Day/Night Test against Bangladesh at the Eden Gardens from Saturday and there is a lot of curiosity regarding […]
By CricXtasy Staff Writer Tue, 19 Nov 2019 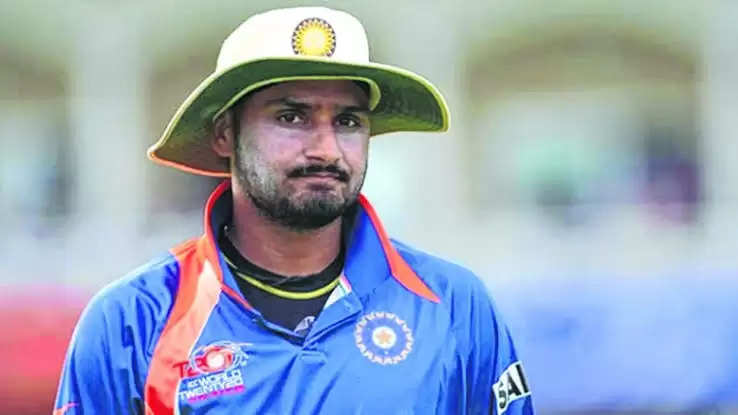 At the floodlit Eden Gardens, wrist spinners landing the pink ball with scrambled seam will be far more difficult to pick than finger spinners, feels senior off-spinner Harbhajan Singh.
India will be playing its much-awaited first Day/Night Test against Bangladesh at the Eden Gardens from Saturday and there is a lot of curiosity regarding how the pink ball would behave.

“Wrist spinners will have one advantage if you see because it’s going to be very difficult to pick the seam (with black stitches) of pink ball,” Harbhajan told PTI during an interaction.

India has a wrist spinner in Kuldeep Yadav but Harbhajan didn’t want to talk on selection matters.

“Well, that’s the team management’s call and I can’t comment. But then Bangladesh need to play the Indian pacers on the seamer friendly track before spinners are fully operational,” he said, referring to their performance against Mohd Shami and Co. in the first Test.

“And also between 3.30 and 4.30 pm, the time of sunset in Kolkata where seamers are known to do maximum damage. But yes we need to figure out more about spinners if we want to play more D/N Tests in future.”

He reminded how Kuldeep turned out to be lethal during the 2016 Duleep Trophy, played with the pink ball.

“If you remember Duleep Trophy, no one could effectively read Kuldeep from his wrists. Leg spinners got lot of wickets during that edition,” Harbhajan said.

He explained why wrist spinners are more effective.

“When a finger spinner bowls, the ball is released with seam so that there is turn and bounce. When you are bowling the googly, the seam will be scrambled and very difficult to pick,” he explained.

“But there are exceptions like Muttiah Muralitharan, who could have been a killer with the pink ball despite being a finger spinner because unlike other finger spinners, both his off break and doosra were released with scrambled seam,” said one of India’s greatest spinners.

However, the pink SG in general will be a challenge for the spinners with the extra lacquer that will be applied to keep its colour intact under lights.

“More lacquer means that you will not have a good grip on the ball, especially finger spinners. And the ball starts skidding from the hand.”

He then went on to explain the fundamental difference between bowling with white ball and pink ball when the dew sets in.

“A lot of people think that the ball will be like a slippery soap bar as it happens with white ball in D/N games. It’s not the same. The white ball becomes slippery because the white lacquer goes off the skin of the ball gets wet.

“With extra lacquer, pink ball’s skin wont get wet but the stitches will be very soggy. And therein lies problem with finger spinners.

Also the format of the game makes it difficult.

“In 50 overs or 20 over cricket, whenever the ball gets wet, you can just alter the length a bit and let the batsmen play on backfoot getting those singles.

“But in a Test match, you will not have a field setting like that. You have to pitch it up. Now landing six deliveries on one spot while trying to grip a wet seam can be a challenge because trying the ODI length will be easy meat for batsmen.”

For spinners to be more effective, they have to play more games at the domestic level.

“If BCCI creates a window so that all top national players are available for a couple of specific rounds in Ranji Trophy, then you can learn more.

“Even Duleep can go back to pink ball but only if stars play. With no disrespect to any player, if top players dont play here, the purpose is lost and no advantage gained while playing next pink Test,” he concluded.