Yashasvi Jaiswal batted like a man among boys while Kartik Tyagi reminded Pakistan of Waqar Younis’ toe-crushing yorkers as defending champions India walloped their arch-rivals by 10 wickets to enter their seventh ICC U-19 World Cup final here on Tuesday. The gulf in class between the two sides was evident as Indian bowlers collectively […]
By PTI Tue, 4 Feb 2020 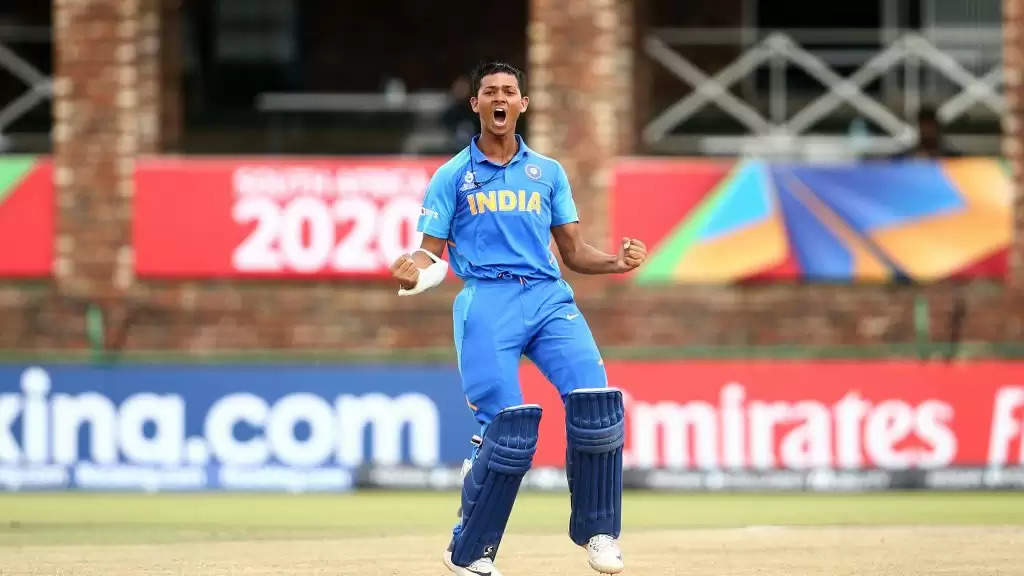 Yashasvi Jaiswal batted like a man among boys while Kartik Tyagi reminded Pakistan of Waqar Younis’ toe-crushing yorkers as defending champions India walloped their arch-rivals by 10 wickets to enter their seventh ICC U-19 World Cup final here on Tuesday.
The gulf in class between the two sides was evident as Indian bowlers collectively choked Pakistan to a paltry 172 in 43.1 overs. Left-handed opener Jaiswal then showed his class with an unbeaten knock of 105 off 113 balls, with an equally graceful Divyansh Saxena (59 not out off 99 balls) supporting him in an easy chase completed in only 35.2 overs.

Also Read: Not looking at NZ ODIs as preparation for T20 World Cup, IPL right platform for it: Virat Kohli

“It’s a dream come true for me. To be able to do this for my country is a great feeling. To score a hundred against Pakistan in a World Cup semi-final is something I can’t put into words,” Jaiswal, who hit eight fours and four sixes, said after winning the ‘Player of the Match’ award.

India thus maintained their supremacy over Pakistan at the age-group and senior level in ICC tournaments — both men and women.

The current batch with key players, having already played senior representative cricket and five with IPL deals in their bag, showed the difference in skill level and application from their opponents, an aspect that could be attributed to the robust junior cricket structure put in place by none other than Rahul Dravid.

Jaiswal literally toyed with the bowling attack, hitting the Pakistani bowlers towards all parts of the ground. The youngest Indian double centurion in List A cricket finished the game with a six, which also completed his hundred.

En route his hundred, pacer Abbas Afridi was effortlessly hit over deep mid-wicket for a six and then pulled the next one behind square for another six.

The Pakistan bowling attack was pedestrian at best and didn’t have much answers to the drives that flowed from Yashasvi’s blade. Divyansh’s batting was also pleasing to the eye, playing the ball late.

“We were talking about how we needed to stick at the wicket. They bowled well initially and we wanted to ride that out and we knew we could dominate them after that,” Jaiswal added.

The match as a contest was over in the first half when Pakistani batsmen had no answer to Tyagi’s pace and Bishnoi’s variations.

Pacer Tyagi (2/32 in 8 overs) bowled yorkers at will while leg-spinner Ravi Bishnoi (2/46 in 10 overs) was a difficult proposition to read for the Pakistani batsmen after opting to bat.

Pakistan skipper Rohail Nazir (62 off 102 balls) and opener Haider Ali (56 off 77 balls) were the only ones to make significant contributions as their innings lasted 43.1 overs.

Tyagi, probably one of the fastest bowlers in India in his age category, bowled an inswinging yorker wide off the crease to uproot Irfan Khan’s off-stump and then got his second wicket with an intimidating bouncer that removed tail-ender Tahir Hussain.

He literally aimed for the base of the stumps with deliveries beautifully tailing in, which must have pleased Pakistan coach Ijaz Ahmed, who has seen Waqar bowl a few during his hey days.