There are certain things a scorecard doesn’t really tell. It tells you the match figures and every detail you want of it. Be it runs, boundaries, wickets, maiden overs or to the extent of dot balls. But it doesn’t reveal the impact. When you look at the Indian bowling card of the second ODI in […]
By Sahil Jain Sat, 18 Jan 2020 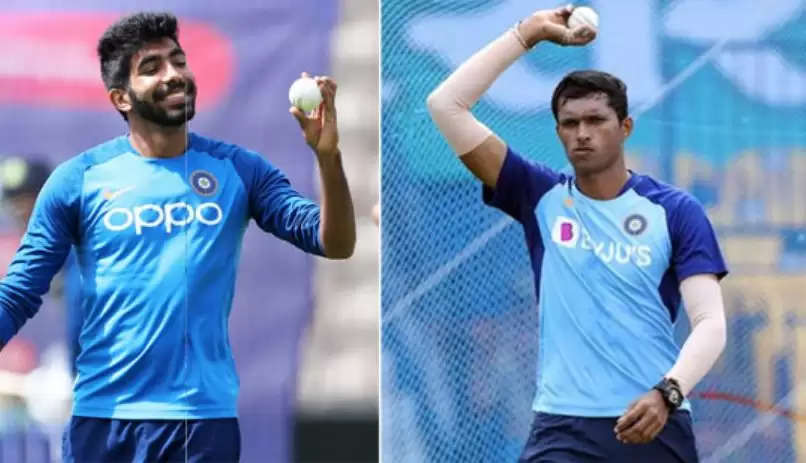 There are certain things a scorecard doesn’t really tell. It tells you the match figures and every detail you want of it. Be it runs, boundaries, wickets, maiden overs or to the extent of dot balls. But it doesn’t reveal the impact.

When you look at the Indian bowling card of the second ODI in Rajkot, it’ll show you various things. However, it won’t show you the way the Indian fast bowlers bowled at the back of the innings and the impact they had.

Jasprit Bumrah, Mohammed Shami and Navdeep Saini may have had different impacts at the start and in the middle, but at the death, irrespective of which bowler took how many wickets, the three of them hunted in a pack. It was like the three of them made a plan and the execution was right on the money. They kept coming one after the other and executed near perfectly. That plan was the good old fashioned yorker.

Ball after ball, all three pacers kept it simple. Run in hard and hit the blockhole. Yes, the changed it up a bit at times, going for the surprise bouncer or even the occasional slower ball. But largely, there were a string of yorkers every over. In fact, the pace trio bowled almost 30% of their deliveries as yorkers.

Moreover, the standout was the pace of all three bowlers. Each of them can crank it up in excess of 140 and their consistency was also the one to watch out for. Everybody knows Bumrah is a master of it and can deliver it day in and day out. Shami has a good yorker but consistency is his problem but that wasn’t the case in this game. Saini is relatively unknown in the international arena and is known to hit the deck hard. However, he has shown great improvement in his death bowling skills. He has got better at the yorker and has been executing that well in the recent past.

In fact, Saini was the last one to join in the yorker marathon. He was belted for a couple of boundaries at the start of his third spell (in the 43rd over). He soon went to the yorker and delivered three good ones to finish that over. In his last two overs, Saini bowled as many as 10 yorkers. He picked up two wickets in his final over – one with a pinpoint yorker and another one with a surprise but sharp bumper.

Shami’s death bowling has been on the rise over the last year or so. He’s been really good in ODI cricket and has got better at nailing the yorker. The Bengal speedster picked up two in two with a couple of brute yorkers (knocking over Ashton Turner and Pat Cummins) to almost kill the contest. Bumrah who bowled just seven deliveries in the last 10 overs continued the trend and continued nailing yorkers.

340 is a big score and it takes some chasing. But this was a ground where once 414 wasn’t safe and was almost breached. The 22-yard strip which was a very good batting track in Rajkot is where most batsmen love to bat in the white-ball game. Australia needed 105 in the last 10 overs and given the T20 day and age, it isn’t a huge task. Australia’s major concern was the wickets but they did have a couple of power hitters in Turner who won them a game in Mohali last year and all-rounder Ashton Agar.

Hence, it was important for the Indian bowlers to control the damage and what better way to do it than the yorker. With the number of variations, it is an underrated delivery and also, arguably underused. It may not have played that big a role for India this time with Kuldeep Yadav’s double-strike turning the game but it was important for the pacers to back it up and build pressure and also, execute.

The emergence of Saini with his yorkers and the improvement in Shami’s consistency will take the load of Bumrah as far as the death overs and yorkers are concerned. There might be days when they go for runs and things don’t go their way. But India have built a solid white-ball fast bowling core who can hit the yorker really well. These three have shown that while there are the likes of Bhuvneshwar Kumar and Deepak Chahar who are out injured can also hit the yorkers consistently.