Australia batsman Steve Smith rued the loss of three quick wickets in the middle overs, including his own, that proved decisive in his team’s 36-run loss to India in the second ODI here. India posted a fighting 340 for six on a flat track with opener Shikhar Dhawan top-scoring with 90-ball 96 and then bowled […]
By PTI Sat, 18 Jan 2020 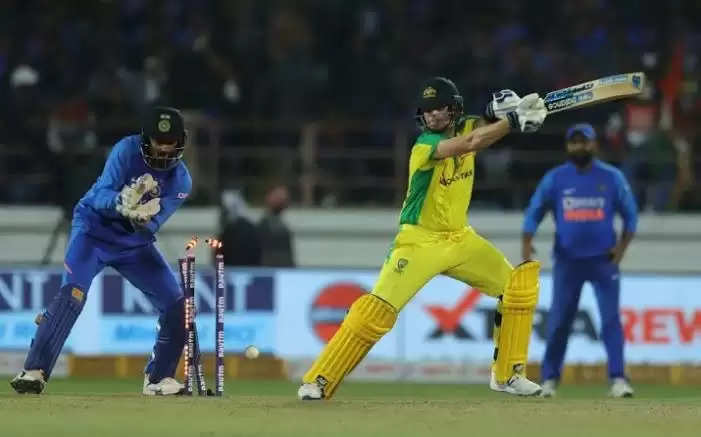 Australia batsman Steve Smith rued the loss of three quick wickets in the middle overs, including his own, that proved decisive in hi s team’s 36-run loss to India in the second ODI here.

India posted a fighting 340 for six on a flat track with opener Shikhar Dhawan top-scoring with 90-ball 96 and then bowled out the visitors for 304 to level the three-match series 1-1.

“The area where we lost it was losing the three wickets in between 30 and 40 overs and not having someone there that could start to launch,” Smith said after the game on Friday.

“If we had someone that had been out there for a while, perhaps things may have been different but that was probably where we lost it,” he added.

Australia lost three quick wickets between the 30 and 40 overs. Marnus Labuschagne was dismissed in the 31st over and Chinaman Kuldeep Yadav accounted for both Alex Carrey and Smith in the 38th over which turned out to be a game changer.

“I thought Marnus played really well in his first outing, first bat in ODI cricket. We were going at a reasonable rate at around six an over for a while. We playing good cricket shots. I thought we timed the run (rate) reasonably well but just losing those three wickets in that 30 to 40 overs but (was) a big dent in the run chase,” said Smith.

According to Smith, the key to India’s victory was their partnerships in the middle.

“I think it’s just our normal one-day game plan, with the ball it’s trying to take wickets and stem the run rate that way, obviously they had some pretty good partnerships, Virat (Kohli), Shikhar (Dhawan) and KL Rahul played really well at the back end. They were able to form some partnerships through the middle,” he said.

On a personal note, Smith said it was good to be among the runs but he would have preferred if he could take his team over the line.

“It was nice to score a few runs, I would’ve liked to have batted a bit longer and been there in the happy hour but unfortunately, tried to cut one that stopped in the wicket a little bit and dragged it on. It was a pretty bad time. We had lost Kez (Alex Carey) in the same over.”

Indian pacers used short-balls against Smith and the prolific Australian batsman said he had to think about how to play.

“I got a few away but I probably didn’t feel great the first 20 balls I was at the crease, and then I started to find a bit of rhythm and feel a bit better. Hopefully some-time in the middle helped and I can make some more runs in Bengaluru.”

India opener Rohit Sharma hurt his hand while fielding and there is no clarity on whether he will be available for the final ODI.

Asked whether the absence of India vice-captain would be an advantage, Smith said, “He’s a world-class player and if he’s no good we wish him all the best, hope he’s all right but if not, that does leave a hole for them, because he’s phenomenal at the top of the order. His record speaks for itself.”

With the series level 1-1, the decider will be played at the M Chinnaswamy Stadium in Bengaluru and Smith expects it to be a high-scoring affair.

“It’s a nice batting wicket. It feels like the ball goes further in the air, it sort of travels, you see lots of sixes generally there. It’s quite a fast outfield and it’s usually a nice-paced wicket. I can see perhaps another high-scoring game,” he said.