“You can’t sleep at 9pm anymore” Ravichandran Ashwin said at Indore when talking about the upcoming pink ball Test, while quickly adding that it’s great for office-goers to catch action from the ground. Ashwin, who would have earlier been backed to pick a five-wicket haul every Test at home, wasn’t even bothered about the wicket […]
By Rohit Sankar Sat, 16 Nov 2019 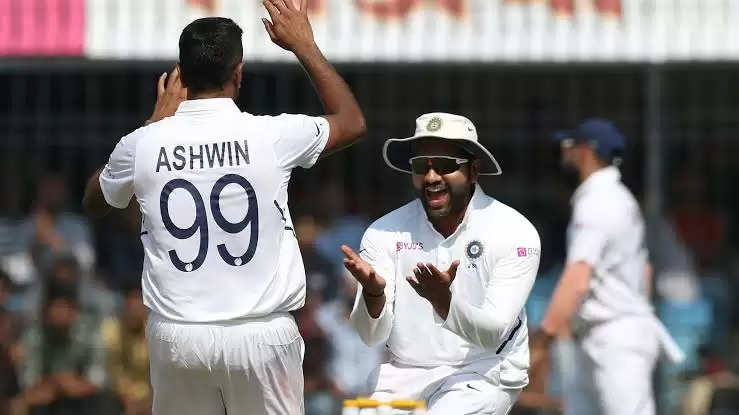 “You can’t sleep at 9pm anymore”

Ravichandran Ashwin said at Indore when talking about the upcoming pink ball Test, while quickly adding that it’s great for office-goers to catch action from the ground.

Ashwin, who would have earlier been backed to pick a five-wicket haul every Test at home, wasn’t even bothered about the wicket count he could muster at Indore. He was as relaxed as anybody on the eve of a Test match and showed as much calm demeanor when catches were put down multiple times off his bowling on day one.

“I bowled a few good balls, they nicked it. That’s as simple as it can get.”

No mention of the dropped chances, no frustrations. Ashwin was as relaxed as could be as he met the press on day one.

Unusually, it was the Indian pace trio, and not the spin twins, that were at the receiving end of the questions at the end of the home Test. You’d expect something of that sort to bother a first-choice spinner at home, especially someone who has been denied opportunities abroad and questioned for his wicket-taking abilities.

But Ashwin, like everyone else in the country, is just happy to be raving about the pace bowling attack.

“I think it is one of the lethal pace bowling attacks going around the world. If not the best I’m just saying to put a disclaimer, I don’t want people judging me that comment. But I think they are right up there and this is one of the best bowling attacks I have seen,” Ashwin had said after the first innings.

ALSO READ- IPL 2020: 5 PLAYERS WHO DESERVED TO BE RETAINED BY THEIR IPL FRANCHISES

India pacers hogged the limelight at Indore, taking 14 of the 20 Bangladesh wickets to fall. Importantly, they bowled all overs of session one on day three with Ashwin (and Jadeja) being mere spectators. But even as the pacers are lauded, it is important to recognise the shift in role Ashwin has had to make in Tests, particularly at home.

To put things into perspective statistically, in his last four innings at home, Ashwin hasn’t had to bowl 20 overs even once. That’s telling for a spinner in these conditions and sometimes too difficult to come to grasps with.

On an average before 2018, Ashwin would bowl nearly 25 overs in a home Test. This year, he has bowled 21 on an average, most of it due to the 46.2 overs he sent down at Vizag in South Africa’s first innings. Take that out, and the average is just 17.

Going from an attacking option at home to second-fiddle is no easy task. This is particularly telling if you have to sit out away Tests and the home Tests are the only ones you can make a mark. But Ashwin is least bothered about all that and is at that stage of his life and career where he isn’t just philosophical, but also content with where he is.

“I’ve literally stopped reading about the game like I used to do in the past. As much as you want to know stuff, you want to watch the game, there was a phase where I actually stopped watching cricket for a brief period. I just wanted to play. For starters, I have two kids who don’t sleep all that well in the nights,” Ashwin said during the South African series. “Jokes apart, I felt like every time I watched the game on TV, I felt like I wanted to play the game and that I was missing out. It’s very natural, everybody goes through it, that’s not the be all and end all.”

That “missing out” feeling has importantly not transcended into his game even when the pacers have dominated proceedings. Ashwin has been content being the partnership breaker or sticking to a game plan against a particular batsman.

It was visibly evident in Indore when he got stuck into Mushfiqur Rahim. Rahim was teased with quicker undercutters that didn’t turn mixed with slower balls outside his off-stump in the first innings. The slower ones pitched well outside off and turned back in but the quicker ones were closer to the stumps, forcing Rahim to think twice before pushing his bat out.

The varying lines and pace forced an outside edge and an inside edge off the batsman but India let go of both chances. Similarly, Mominul was tested by quicker ones on the stumps and he eventually left one alone to be cleaned up.

In the second innings, Ashwin took three wickets, two of which were of key batsmen who were settled in at the wicket. Liton Das was undone by the extra bounce while Rahim was again worked over before he went for the escape shot with the team in a terrible position.

Five wickets in a Test is decent returns but for someone used to taking five in an innings, that’s a major adjustment in self-expectations. Luckily, Ashwin has copped mentally and is just satisfied doing the donkey work for the team while the pace attack enjoys the limelight.

“The satisfaction of bowling well is extremely important. From a bowler’s point of view, you try to keep things simple and in perspective. The kind of spells I bowl, the amount of control I have over the batsman and also the number of wicket-taking opportunities one can produce in a spell. Those allow you to plan a spell much better. That’s been my focus over the last year or so,” Ashwin said after the first innings.

It’s good news for India that their strike bowler in these conditions is also someone capable of playing the second-fiddle role when required. It might well spark a change in his fortunes in India’s overseas assignments too. For now, though, Ashwin is content if the pacers, armed with the pink ball, can help him get his 9pm sleep at Kolkata.