The top two run-getters in England’s T20 Blast this season were from Somerset – Babar Azam and Tom Banton. Yet, the side finished sixth in the South Group in the points table and never really threatened to make the knockout round. On the contrary, they won the Royal London One Day Cup and nearly […]
By Rohit Sankar Mon, 4 Nov 2019 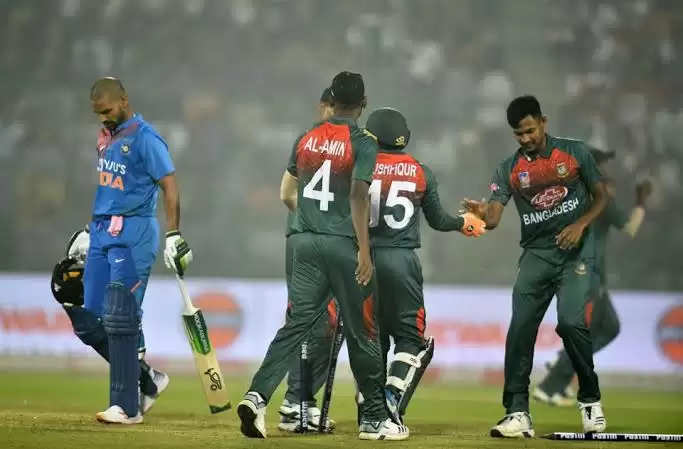 The top two run-getters in England’s T20 Blast this season were from Somerset – Babar Azam and Tom Banton. Yet, the side finished sixth in the South Group in the points table and never really threatened to make the knockout round. On the contrary, they won the Royal London One Day Cup and nearly edged out Essex to win the County Championship. Somerset was an organised outfit and had big players filling key positions. But did they have the winning formula for T20s? Clearly no.

On the other hand, take Essex for instance. Their captain, Simon Harmer, was a Kolpak recruit. Their senior batsman, Ravi Bopara, was convinced to play in a role that fit him although he didn’t like doing it. He won them games; big ones, including the finals. Their strike bowler was their skipper who picked up four and three wickets respectively in the semi-finals and finals.

Those in the know say that Harmer’s “non-negotiables” – like his insistence in playing Bopara in the lower order despite his disagreement – won Essex a maiden white ball trophy in 10 years. Being fearless worked for them, yet they were far from a well-rounded, organised outfit; the kind you’d expect to win tournaments.

It doesn't matter if you have 7 or 10 batsmen; if you don't know how to use them, it is no good. This is why batting depth centric teams don't succeed as much as bowling quality centric teams.

Easier to manage the latter: just bowl them.

Let’s ditch the clichés for once. T20 is not normality. Everything about it is absurd. The constant ire of Test match purists has led us to believe that T20 is plain chaotic with no strategy. But let’s chuck that theory for a while at least and think of it this way – what if creating chaos is a strategy?

No, this isn’t an absurd suggestion or a wild, Sunday night guess. Serial trophy winning skipper MS Dhoni infamously tried this during an IPL game in 2018; a rather underrated T20 move at the time only because he was way ahead of his times.

CSK were 27/3 in pursuit of 154 against Kings XI Punjab with swing bowler Ankit Rajpoot sending back Faf du Plessis and Sam Billings off consecutive deliveries. Dhoni, in a masterstroke, promoted Harbhajan Singh and Deepak Chahar to numbers 5 and 6 respectively, and the game turned on its head.

The same bowlers, who were bowling line and length on a good pace bowling wicket, suddenly felt the need to york or bounce out the tail-enders. Harbhajan and Chahar swung the bat a bit and Chennai were out of a ruckus.

“The ball was definitely swinging a bit, especially more for Ankit (Rajpoot) and the other two fast bowlers. In a game like this, you want to take as many wickets as possible when it is swinging. With Bhajji (Harbhajan) or Chahar going in, it creates a bit of chaos. The bowlers all of a sudden starts to bowl yorkers, short of length or bouncers. When batsmen are batting, the bowlers somehow stick to a very good line and length,” Dhoni said later after the game while stressing on the keyword, chaos.

What Dhoni did was break a good bowling bubble. T20 cricket is, in essence, creating your own bubbles and breaking a lot of the bubbles the opposition strings together. Score a lot of boundaries and you enter one bubble. Find a Sunil Narine at the top and you break one bubble of the opponents. 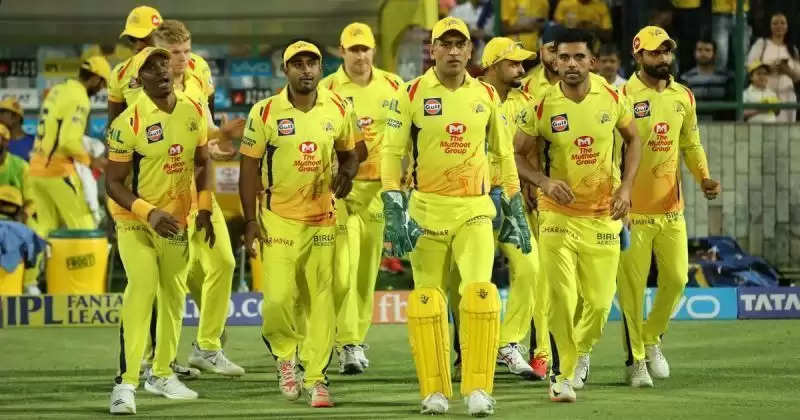 In its truest form, T20 cricket is chaos but there’s a method to the madness. Unless you embrace it, there’s no way you can ace it.

India at the moment should be a T20 powerhouse given the quality of the T20 league they conduct and the formidable pipeline of players they get from it. Instead, they meander midway, unsure which direction to tilt, and clearly clueless about their planning. They are effectively Somerset, not least because Rohit and Kohli rest at the top of the T20I run charts,  but because they are bossing longer format games and appearing clueless about their optimal strategy in T20Is.

Sample this for instance. Bangladesh kept bringing in off-break bowlers – three of them – in the first T20I at Delhi. India, instead of breaking this bubble, chose to play into their hands and kept sending in left-handers when the surface was gripping and turning. Could they have promoted Chahar to create chaos or split up their left-handers to ensure Bangladesh wouldn’t have been able to create the bubble in the first place?

True Run Rate & True Dismissal Rate compare a player's actual Run Rate & Dismissal Rate with the expected figures based on the overs they have batted in. Using these measures we have taken a look at Indian IPL batsmen with 500+ runs since 2017. @CricViz #T20WorldCup pic.twitter.com/7hQgS5XpM1

India’s T20I strategy is eerily similar to their ODI one. With the bat, they build up momentum courtesy a top-order that has too many ODI batsmen. The powerplay, for India, is essentially building up to this optimum acceleration. With the ball, they clearly want to convert their resources, borrowed from ODIs, into death and new ball specialists when they actually do have enough specialists waiting in the wings.

Their batting plan in T20Is often reek of overvaluing wickets. In the latest book pertaining to T20 strategies, Cricket 2.0: Inside the T20 Revolution by Tim Wigmore and Freddie Wilde, the authors predict that teams will be bowled out more in future in T20s, but they will also score bigger.

“Many T20 teams still use their resources poorly: in general, they systematically overvalue wickets, meaning that they leave hitting power untapped because they are too cautious for too much of their innings,” an extract from the book says.

“As T20 sides become shrewder, the slow increase in the number of runs per innings in recent years is likely to continue. Paradoxically, proof of smart thinking may be losing more wickets – unlike in other formats of cricket, the volume of run scoring and the frequency of wickets being lost could rise in sync.”

Shikhar Dhawan made a 42-ball 41 in the T20I at Delhi, the highest score in the Indian innings. Watching him, you could almost imagine a clichéd commentary line – “a fine knock in testing conditions.” But here we are dispelling notions and it questions conventional wisdom by asking if Dhawan’s knock was a match-losing one.

That Dhawan 41 (42) is the kind of innings that can’t happen and a team win in T20 cricket these days. Fascinating how far the game has moved on over the last decade.

Can Gavaskar shut up about this "well-set batsman"? Dhawan's innings was losing India the game. It's a blessing that he's gone. #IndvsBan

Dhawan faced 42 of the 120 balls India have in their innings. He scored at a rate of 5.85 runs per over whereas India finished with a rate of 7.4 runs per over. KL Rahul and Shivam Dube (faced just four balls) were the only ones to score slower than Dhawan. So, if India were aiming to make 160 on this surface, the other batsmen had to score 119 runs in 78 balls on the same slow wicket.

That Krunal Pandya and Washington Sundar scored 29 in 14 balls combined gave India a formidable total, but it still was not good enough to win them the game. It is to be noted that these two batsmen remained unbeaten and left to face more deliveries, could have created a larger impact.

The momentum mustered with the bat in the death quickly dissipated with the ball too as Rohit Sharma left Khaleel Ahmed to bowl three overs on the trot in the death. The key to note here is that in the same phase (14-19 overs) when India used three bowlers (one of whom bowled three of the five overs), Bangladesh used five in five overs.

Sure, Bangladesh bowlers also erred in execution, but in terms of thinking at least, they trumped India. In the most basic of errors, India chose to field two pacers, neither of whom were death bowlers. Once they committed the first flaw, they never made the Bangladesh batsmen think too much by placing too many eggs in the Khaleel basket. 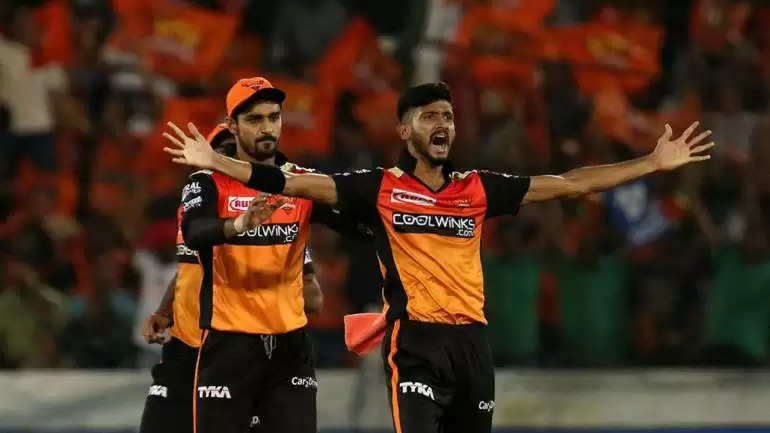 On a slow deck where variations are a go-to weapon, Khaleel, who has minimal variations and moderate pace, was banked upon to do death bowling duties. Chahar is unlikely to have fared much better but we do not know with him being stereotyped into the new ball role.

Going in with five bowlers in a T20 game these days is suicidal, especially when you know your five cannot be as consistent as you want them to be. From team selection to on field strategy to old-school planning –  most of which are direct steals from their ODI success mantra – India fail to inspire in T20Is. They might continue to rule the roost in ODIs and Tests but in this format at least, they are too organised to win consistently. Even if they do, it is likely because other national teams are still only catching up to some franchises in terms of T20 strategies. That is unlikely to last given the kind of metamorphosis teams are looking to bring about by hiring analysts specialised in T20 strategies.