Most runs since debut Test – Mayank Agarwal has made 858 runs at an average of 71.5 in 12 innings since his Test debut. This is the most runs by not just any Indian, but anybody in the world (including alien Steven Smith) in this time frame. Smith is second in the list with […]
By CricXtasy Staff Writer Fri, 15 Nov 2019 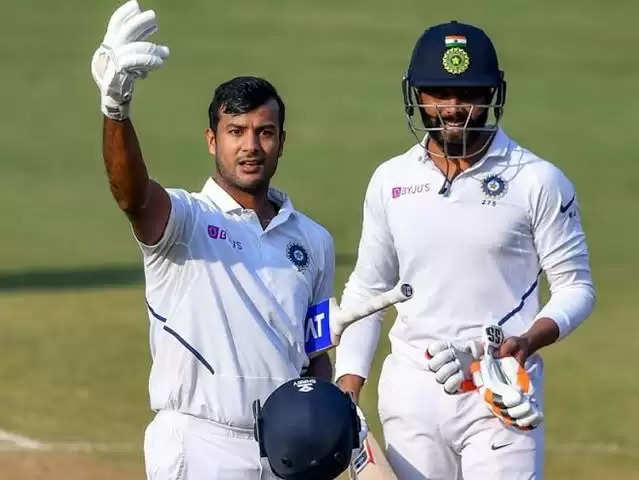 Most runs since debut Test – Mayank Agarwal has made 858 runs at an average of 71.5 in 12 innings since his Test debut. This is the most runs by not just any Indian, but anybody in the world (including alien Steven Smith) in this time frame. Smith is second in the list with 774 runs at an average of 110.57.

Most 100s and more – Mayank has kept up his century count with that of half-centuries so that nobody complains of conversion issues. He has three apiece and just to be on the safe side, went on to convert two of those hundreds to double tons. The number of hundreds is the joint most in this time frame with Smith, Rohit Sharma and Tom Latham also scoring three apiece. No, no triple hundred yet, but Virat Kohli did signal to him about making one. Maybe in Kolkata?

Aside from this, Mayank has been as proactive a batsman as any. In these 12 innings, the Karnataka opener has made 100 fours and 21 sixes, both the best by any batsman in this period. Smith with 92 fours and Rohit with 19 sixes come next in the respective lists.

A trend-setting opener – If you need proof that Mayank is an outlier in the world of Test openers, look no further than here. The opener averages a delectable 71.5 in Tests opening the batting. In this period, the global average for Test openers is 35.8. At a time when fast bowling, green pitches (even in India) and low scores are making headlines, Mayank has dug it out and aced Test cricket.

Two double-tons – Two double centuries in a Test career is by itself a remarkable achievement. We all remember how long it took for the likes of Sachin Tendulkar and Virat Kohli. But to make two double tons in 12 innings in Test cricket speaks of a nerd on the loose. Mayank is just that as he is the second quickest to two double tons after another well-known geek, Vinod Kambli. Mayank’s first double hundred had come at Vizag in the series against South Africa.

Not Sehwag, but close – Mayank reached his double hundred with a six. Yes, yes, we know Virender Sehwag is proud. But in another category he hasn’t yet been able to eclipse Sehwag. For Indian openers with highest individual scores, Sehwag tops the list with scores of 319, 309, 293 and 254. Mayank edged close to this list and made it to the fifth position with his 243 at Indore.

Eight sixes – Yes 21 sixes in 11 months is unfashionable and Mayank decided to score 8 of them in an innings when he made 243. That’s the joint-most by any Indian in a Test innings. He equals Navjot Singh Sidhu to the landmark.