Ajinkya Ajinkya Rahane has had a peculiar last couple of years. After India’s tour of Sri Lanka in 2017, the Indian Test vice-captain’s form went wary. He struggled at home, he was dropped in South Africa for a couple of Test matches before making a comeback in the third game, following which he had middling […]
By Sahil Jain Sat, 19 Oct 2019 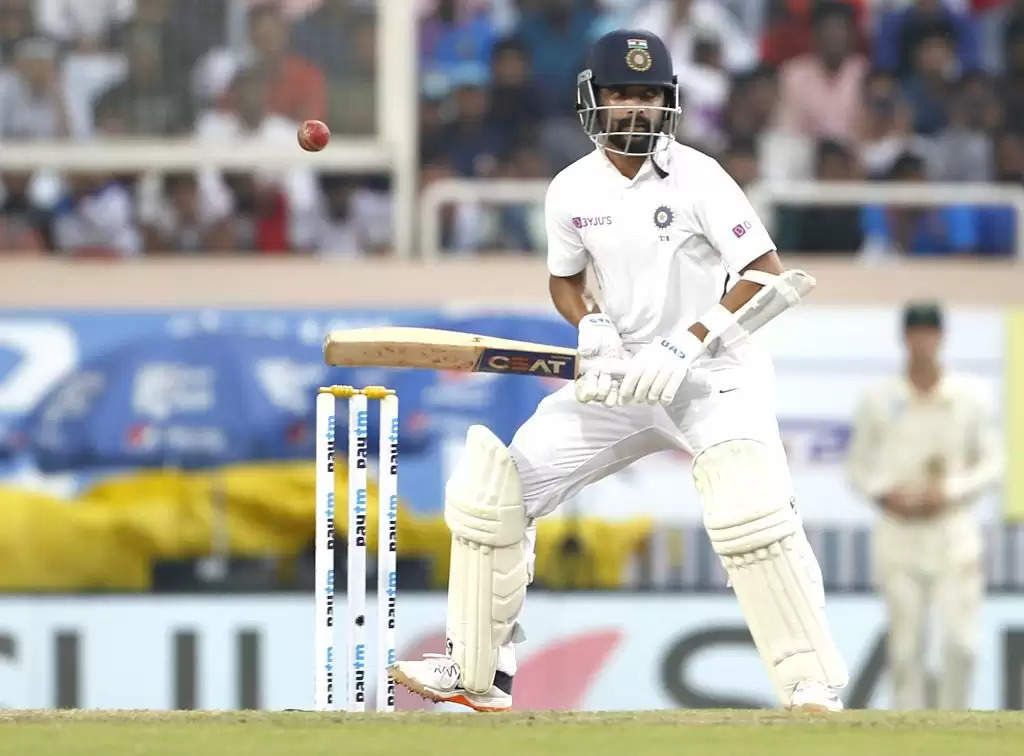 Ajinkya Ajinkya Rahane has had a peculiar last couple of years. After India’s tour of Sri Lanka in 2017, the Indian Test vice-captain’s form went wary. He struggled at home, he was dropped in South Africa for a couple of Test matches before making a comeback in the third game, following which he had middling tours to England and Australia.

All he could manage was 679 runs at an average of 25.15. There were five half-centuries, four of which came in England and Australia in tough batting conditions.

Thus, before the World Test Championship (WTC) started, Ajinkya Rahane was under quite some pressure. Skipper Virat Kohli backed his deputy to fire when the team needed. But it was the inconsistency that was troubling Rahane. One good score would be followed by a few low scores. Moreover, his last hundred had come in August 2017.

But Rahane answered his critics in the Caribbean when he ended his drought. All question marks over his place in the side were quashed. But his troubles at home seemed to be never-ending. While Rahane is bankable overseas, he somewhat goes missing at home. He tends to struggle a lot against spin and that’s what pulls him back.

But every time you put such a cast over the Mumbaikar, he finds a way to counter-attack and respond to his critics. Before this third Test in Ranchi against South Africa, Rahane may have scored 101 runs in three innings but barring that unbeaten 27 he scored in the second innings of the first Test when India were looking for a declaration, Rahane never looked at ease in the middle. The spinners kept him really quiet and he never really looked to score against them.

There came the talks about strike-rate again. If Cheteshwar Pujara was criticised back then, why not Rahane now? However, the Indian Test vice-captain responded beautifully at Ranchi. Walking into bat in tricky conditions and in a tricky situation with India at 39/3 (having just lost their best batsman), Rahane not only countered the fiery pace South African attack, but put the pressure right back on them.

He was quiet in his initial phase. Rahane went into lunch with a score of 11 off 20 balls. But once he returned, there was no stopping him. He hit Rabada for five fours in the space of 10 deliveries. In 22 balls he faced after lunch, Rahane scored 29 runs and was almost run-a-ball. At that point, he was even outscoring Rohit Sharma who was batting beautifully.

Also Read: Rohit Sharma Vs Dane Piedt Says Everything About How This Series Has Gone

But the No. 5 slowed down a touch after the assault in the first hour of the post-lunch session. He notched up his second successive half-century in relatively quick time before rain brought a premature end to his innings. He, however, went gone on to register a strong unbeaten 83. This was one of the rare occasions of him counterattacking.

But this is not the first time he’s done that. Back in 2015, he was in a similar situation before the fourth Test against South Africa. His home record and struggles were under scanner but Rahane responded with twin centuries in that Test match.

In the first innings then, India were in a spot of bother at 66/3 and that’s when Ajinkya Rahane came to the fore. He counterattacked the Proteas spinners really well to score a fine ton, his first Test ton at home. Having notched up 127 in a knock that included 11 fours and four sixes, he set the tone for India’s win. Rahane’s knock changed the tempo of the game and India could post 334 which was the highest total of the series.

Earlier that year, in a different format (ODI), in different conditions, he surprised everybody when he went on the attack in the 2015 World Cup game against South Africa. India lost Rohit Sharma early but Virat Kohli along with Shikhar Dhawan steadied the ship. But India lost the former mid-way through the innings. Hence, it was Rahane who provided the impetus in the middle overs. While Dhawan continued in his merry way, it was Rahane who kept finding the boundaries and kept the tempo going. In fact, he outscored Dhawan as well in that partnership.

The way Rahane went about business in that innings, he caught the South African bowlers off guard. His 79 off 60 balls simply turned the course of the game. India did have a collapse of sorts at the death but Rahane’s knock ensured they went past the 300-mark.

This knock that he played in Ranchi is not too dissimilar from that or the one at Delhi. He may have had Rohit for company who was continuing with confidence after weathering the early storm. But Rahane’s unbeaten 83 changed the course of the innings. In fact, it was Rahane who took the initiative to counterattack before Rohit joined.

Rahane has made it a habit of playing counterattacking knocks against South Africa. He did in Johannesburg in January last year as well. He may have scored just 48 but it was a quick and aggressive, which helped India build their lead. Be it 2015, 2018 or today, Ajinkya Rahane always finds a way to silence his critics.