IND v SA: Ajinkya Rahane’s toil against spin shows there is light at the end of his Asian tunnel

When Keshav Maharaj spun one across Ajinkya Rahane and found the edge that had eluded him all of day one, Rahane seemed content walking back to the pavilion. There was no displeasure, no show of angst or anger. A very traditional face-the-ground-remove-your-gloves-walk-back routine followed. It seemed surprising because for Rahane this was a mighty important […]
By Rohit Sankar Fri, 11 Oct 2019 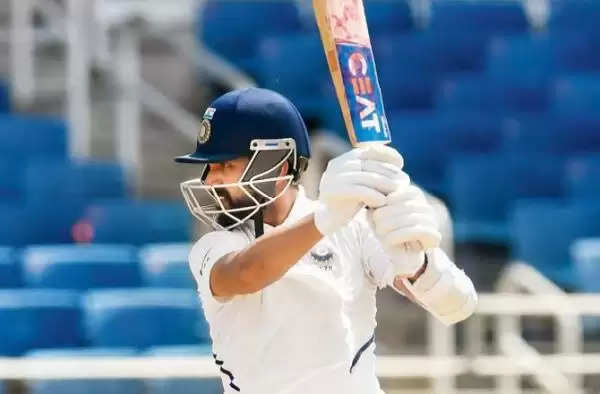 When Keshav Maharaj spun one across Ajinkya Rahane and found the edge that had eluded him all of day one, Rahane seemed content walking back to the pavilion. There was no displeasure, no show of angst or anger. A very traditional face-the-ground-remove-your-gloves-walk-back routine followed.

It seemed surprising because for Rahane this was a mighty important Test match after edging in-form Hanuma Vihari to the final eleven. Stitching together 59 runs in 168 balls, a true toil on a flat wicket, one would have expected more remorse from his about that dismissal.

Even more so because left-arm spin has been his nemesis in home Tests. Since 2017, 7 of his 20 dismissals at home, including the one in this Test, has come against left-arm spinners. Against no other kind of bowler has he appeared more circumspect.

Rahane’s struggles against spinners, especially left arm orthodox, seems to be a recurrent theme for a while now. Having faced them in as many innings in the two halves of his career, it’s dropped from 61.8 till 2016 to 28.3 since 2017. #INDvSA pic.twitter.com/iqY1S8iu1I

Rahane seemed well aware of this weakness as he cautiously defended with little intent against spinners in the first half of his innings at Pune. Off the first 30 balls he faced from spin, Rahane did not score a single run. With Keshav Maharaj and Senuran Muthusamy not overly threatening this might seem a tad too over-cautious, but this was Rahane’s chance to iron out a wrinkle on his white shirt and he was grabbing it.

When the opportunity presented itself in the form of a wide hit-me ball from Muthusamy, Rahane backed away and went for the cut to fetch a boundary. But that was no opening of the floodgate moment and till his dismissal on day 2, Rahane was as much a picture of determination and unwavering concentration as you would imagine someone like Cheteshwar Pujara to be.

The first ball he faced off spin on day 2, Rahane was beaten all ends up by a top delivery from Maharaj. The ball pitched marginally outside leg and turned sharply across to ping him on the pads. A loud shout and a review followed from the South Africans, but Rahane was safe. Off the next 11 balls he faced from Maharaj, Rahane did not score, neither did he look to.

When the opportunity presented itself again, it was created, but unlike Pujara who had used his feet to move forward and counter Maharaj, Rahane rocked back to shorten the length and cut again to find the fence. He was evidently looking to cut down the drives against spin, instead relying on his horizontal bat strokes on the rare occasions he did attack the spinners.

In all he made 15 off 37 balls on day two against spin before nicking Maharaj to the keeper. In the innings as a whole, Rahane had countered left-arm spinners (and one over from Aiden Markram) to make 22 off 82 balls, a strike rate of 26.82. Against Maharaj, Rahane played a total of just 15% attacking shots in the innings according to CricViz.

When he did indeed get out to left-arm spin, Rahane was perhaps less disappointed because it came off a defensive prod rather than an attacking shot. Since 2017, according to CricViz, Rahane’s dismissal rate against slow left-arm orthodox bowlers when looking to attack is a shocking 22.

Rahane got out while looking to defend against Maharaj today. But in general, it’s his attacking play against the left arm spinners that’s been the issue in the last three years. His dismissal rate looking to attack v SLA bowlers – till 2016 : 82.0, since 2017 – 22.0 #INDvSA https://t.co/yV8NROrm4f

Here, he had to be beaten when defending and that with a ball which spun 7.1 degrees, in sharp contrast to the average 3.9 degree turn Maharaj was generating.

Despite a very ordinary home record and poor performance against spinners in general, Rahane was chosen over Vihari and even if his dismissal in the end did come against spin, the middle-order batsman showed there’s work that’s in progress in his temperament against spin.