When Ravichandran Ashwin walked out at the fag end of the first innings and made 1 in 17 balls as India were looking to declare, the off-spinner was getting a hang of the wicket on which he would later spin out seven South African batsmen. For Pujara, there was no such excuse in the […]
By Rohit Sankar Sun, 6 Oct 2019 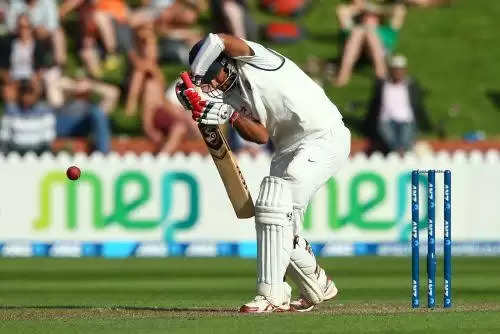 When Ravichandran Ashwin walked out at the fag end of the first innings and made 1 in 17 balls as India were looking to declare, the off-spinner was getting a hang of the wicket on which he would later spin out seven South African batsmen.

For Pujara, there was no such excuse in the second innings. Off the first 58 balls India’s no.3 batsman faced, he scores just 8 runs. India were 62 for one thanks majorly to Rohit Sharma’s 61-ball 46, the kind of start he would get in an ODI before bursting into Hitman mode.

But here, the Hitman in him had to he hidden out of view. Rohit, still stamping down his Test place and pampered by the audacious strike rotator in Virat Kohli at no.3 in ODIs, was getting frustrated by Pujara’s old-school pitch survey.

When Pujara nudged Dane Piedt in the 26th over to the off-side, Rohit took off for a run only to be denied by Pujara. The opener, visibly frustrated at the unwarranted blockathon, blurted out – “Pujji, bhaag, beh****od”

Perhaps like his purposeful voice message through the stump mic asking for Harbhajan Singh to come and bowl on this surface, this was meant to be heard by the team management and viewers.

Whatever he had in mind, the effects bore fruit at the end of the over when Kuldeep Yadav, the homing pigeon, rushed to the field of play carrying water bottles that might well have been empty. Pujara was perhaps given an ultimatum because the Saurashtra middle-order batsman was suddenly a changed man at the crease.

Off the second ball he faced after this over-the-break chide, Pujara stepped out to Dane Piedt only to inside edge through Quinton de Kock’s hands for a boundary. Another day, this slice of luck would have made Pujara go back into his shell. Here, his mental button had been forcefully turned on, so he flicked next ball through square leg for four.

It must be emphasized that he had refrained from playing this very shot against the pacers when South Africa had a silly mid-on and short mid-wicket in place and bowled at his pads. Here, he was casually flicking the ball with utmost ease and one was left wondering if he could have done this a lot earlier.

This time it’s Rohit not Virat….if you know you know

Next over, he flicked for four again before stepping out to drive Maharaj through cover for another boundary. Off the first set of 30 balls he faced after Rohit abusing him, Pujara made 38 runs with seven fours and a six. Even as Rabada, Piedt and Philander forced him into making errors, Pujara was remarkably positive. He completed his innings at a strike rate of 54.73. Take out the first 58 balls where he never even looked to score and his innings strike rate would be 81.11. Pujara’s approach meant that the onus was on Rohit to score runs.

India’s run rate that rested at 3.72 at the time Pujara was dismissed soared to 4.82 by the time they declared. Even eliminating the declaration push at the end, it was still well ahead of the rate at which they scored when Pujara was batting.

It raises a pertinent question about Pujara.

Does he need that constant nudge to bat according to situations or do you leave him to play his natural game and alter team dynamics accordingly?

India did send Ravindra Jadeja at the fall of Pujara’s wicket, as clear an indication as any that they weren’t happy with the scoring rate. Could India have perhaps looked to bring someone else ahead of Pujara? Would India have been in a better position if Pujara had gotten going earlier?

“It was a difficult pitch to bat on,” he explained in his post-day press conference. “It was not easy to rotate the strike, it was not easy to time the ball well, and specially with my game and the kind of shots that I play, I was finding it a little difficult early on, but I always knew that once I am set, once my body is warmed up, once I find the right pace of the pitch, [things can change] because early on it was a two-paced pitch against fast bowlers and even against spinners. But once I knew that, I actually changed my point of impact a little later on.”

For those of us watching at least, the push that spurred Pujara’s acceleration came through Rohit and the strong message that was sent out at the drinks break. 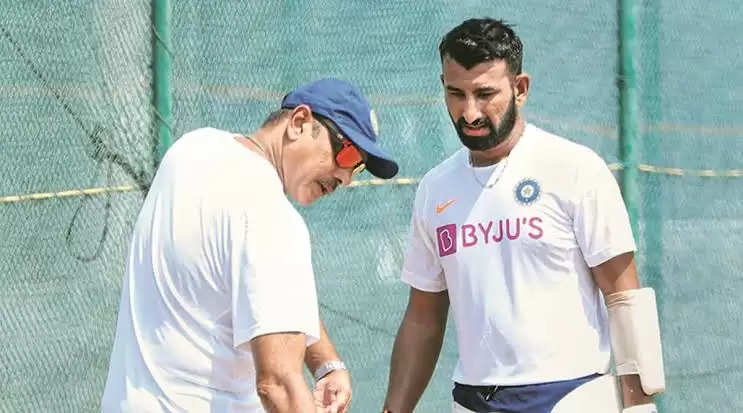 To push or not to push?

This brings us back to the question which should worry the Indian think-tank – to let Pujara be or to push Pujara.

This management has been vocal about Pujara’s intent or rather, the lack of it. He was dropped after that Kingston Test for Rohit Sharma. Although that happened in the Kumble regime where the coach did come out in support of the batsman, the unquestionably powerful voice even then was the same captain. After the first Test of the South African tour at Cape Town, the skipper was forthright when stating that a batsman “can’t just stand there and take whatever is coming” with no intent of scoring at all.

What transpired post that was Pujara, evidently hurried perhaps by these statements, being run out twice in an innings at Centurion in the next Test. Would India have saved that Test had Pujara been left to play his own game? 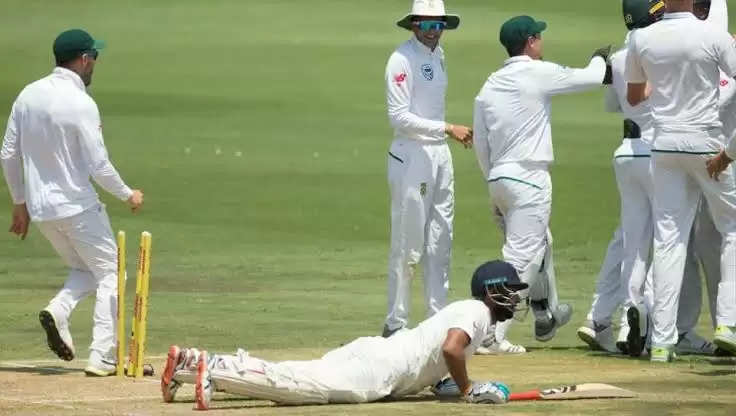 Pujara was run out in either innings at Centurion

At Johannesburg in the final Test of that series, on an up and down wicket where batting was getting dangerous, Pujara took 54 balls to get off the mark. He ended up making 50 off 179 balls, a game-changing effort considering how low scoring the wicket was.

India went on to win the Test but his lack of intent was punished in the next Test India played overseas at Edgbaston. Dropped to fit in a third opener at no.3, India folded for 162 chasing 194 in the final innings and questions were raised about Pujara’s absence. The clamouring grew in strength when he returned to make a 72 at Nottingham and a gritty 132 at Southampton.

His slow start at Vizag perhaps forced India to further their innings by 5-6 overs. Could that make a difference on day five as India look to take nine South African wickets to win the Test? After all, we had a World Cup final decided by boundary count this year. Irrespective of how the Test pans out, the intent question will continue to hang over Pujara’s head.