South Africa holds a major place in Ravichandran Ashwin’s Test cricket career. The first time Ashwin played the Proteas in Tests was in December 2013 at Johannesburg in the first Test of the 2013 series. Ashwin had completed his 100th Test wicket in the previous Test he played at home against the West Indies – […]
By Rohit Sankar Sat, 5 Oct 2019 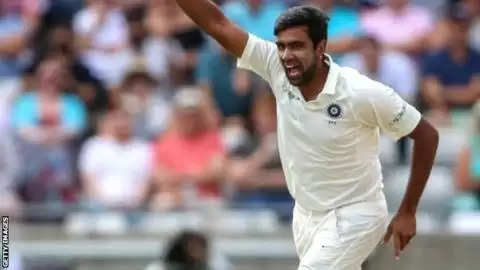 South Africa holds a major place in Ravichandran Ashwin’s Test cricket career. The first time Ashwin played the Proteas in Tests was in December 2013 at Johannesburg in the first Test of the 2013 series. Ashwin had completed his 100th Test wicket in the previous Test he played at home against the West Indies – in a rather underwhelming fashion because it was also Sachin Tendulkar’s farewell Test – and had only played three away Test matches until then in his career.

In that epic Johannesburg Test, famous for the incredible fight South Africa put up to nearly chase down a record 458, Ashwin went wicketless for 42 overs – 36 of which came on a wicket that did help spin by day five. It turned out to be a massive blow for India’s top spinner at the time in the longest format. For the next Test at Durban – one which Ashwin would have enjoyed bowling on had he survived the Jo’burg surface – he was dropped for Ravindra Jadeja who went on to grab a six-wicket haul. 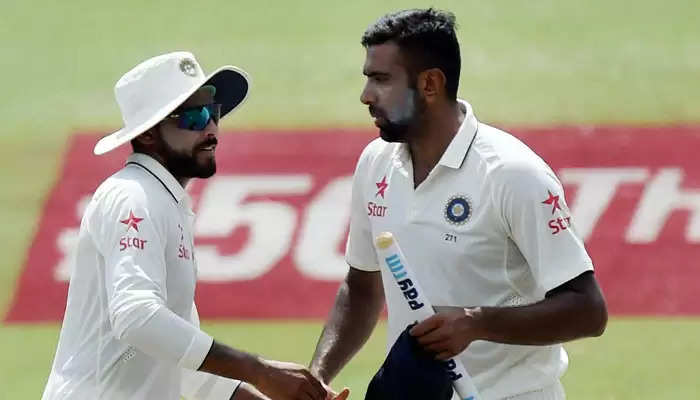 In the following overseas series in 2014 in New Zealand, Jadeja was picked over the Tamil Nadu off-spinner. He survived through a Brendon McCullum triple ton at Wellington and played the first three Tests in England before India picked two spinners – Jadeja and Ashwin – for the fourth Test at Manchester. In a game where the Indian batting folded to some exceptional England bowling, India had to bowl just once and Ashwin went wicketless in 14 overs. But Jadeja hadn’t done enough and at the Oval in the final Test, India retained Ashwin – another overseas assignment for him. He wasn’t overly impressive despite taking three wickets in the only innings England batted.

In three Tests against Australia after that, Ashwin took 12 wickets but wasn’t consistent enough and lost out big time in the one-on-one face-off with his counterpart, Nathan Lyon. While Lyon topped the wickets chart in the series with 23 wickets, Ashwin’s 12 wickets came at a poor average of 48.6. The Jo’burg effect had failed to rub off on Ashwin, and his career seemed to be derailing downwards. The fault with Ashwin abroad was often that he tried too much and failed to be consistent enough with his line and length.

It needed another home series for Ashwin to really establish himself and at a timely phase in the off-spinner’s career, South Africa visited the country. India had pitches tailor-made for their spinners and Ashwin thrived. In the seven innings he bowled in during that series, Ashwin grabbed 31 wickets picking up four-plus wicket hauls on six occasions.

He hadn’t forgotten Johannesburg and it became blatantly clear during the 2015 series. At Mohali, he took a jibe at Dean Elgar after snaring his wicket and revealed it in the most casual fashion after the day’s play.

“Elgar, I have seen him bat. Had a wonderful time in watching him on YouTube last night. He has done that a lot at Johannesburg. I made it a point to tell him it’s not Johannesburg unfortunately. I thought it was coming, I knew he was going to play that shot,” Ashwin said.

By Nagpur, South Africa and pretty much the whole world, except India, seemed to be concerned about the quality of wickets being dished out. The Nagpur pitch was rated poor by the ICC as it crumbled but Ashwin would have none of it and once again referred to Johannesburg to emphasize his point.

“I did not complain after Johannesburg (Test). I was dropped for a year after that. And, I am not going to complain playing here. There’s no reason why I should have complaints. Swing, seam and bounce for two days at Trent Bridge (referring to Ashes) – match over. I don’t know what that’s about,” he said after the Nagpur Test when he picked up 7/66. 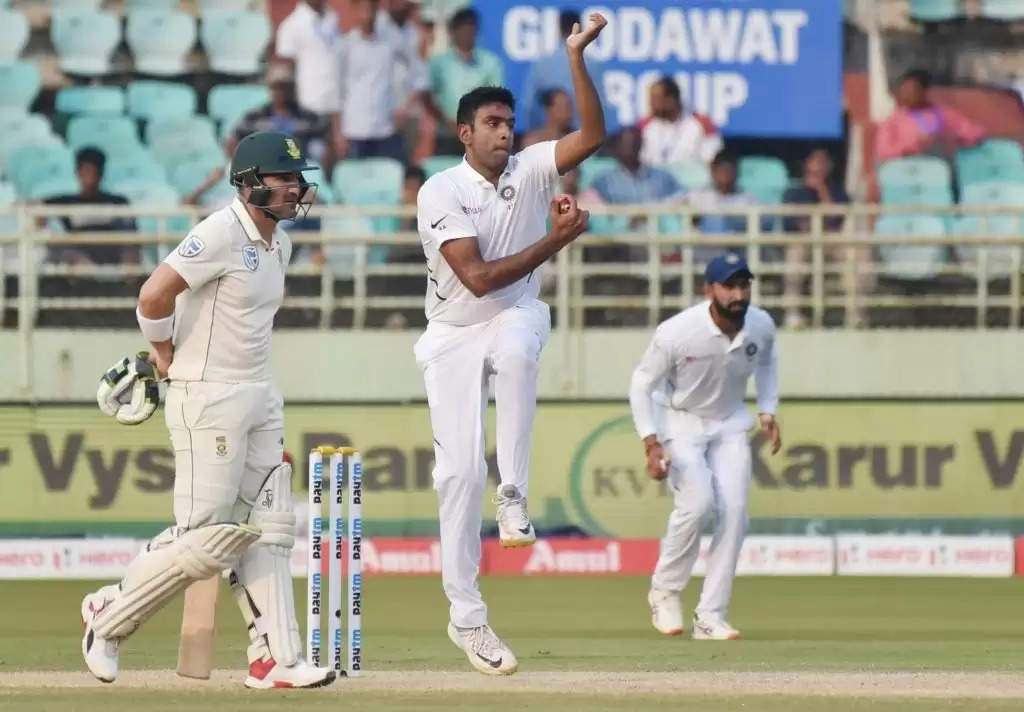 The sarcasm was hard to hide and the fact that he detested sitting out that one year was evident. At Delhi, though, he faced a strong test of character. With South Africa pulling out their infamous blockathon tactic, Ashwin had to work immensely hard to break through the resistance of the Proteas.

When Hashim Amla and AB de Villiers put on an exhibition of defensive batting and negative tactics, Ashwin persisted. That was a strong test of his skill and character – one that he had failed in Johannesburg 2013. At the very Feroz Shah Kotla in 2009, he had gone 62 overs for just two wickets as Tamil Nadu competed against a full-strength Delhi side. This time, he was hell bent on persisting with his mantra and reaping success.

He broke the Hashim Amla – Temba Bavuma fightback by dismissing the latter. Dishing out leg-breaks to a stunningly resilient AB de Villiers, Ashwin had him in two minds and then worked him over with a sharp off-break off his first ball after the tea break. In between, he had also dismissed JP Duminy and effectively ended South Africa’s blockathon effort.

Completing a five-for at Delhi with the Proteas stacked up against him in armour was a huge test for the Tamil Nadu off-spinner but he managed to come through, not just unscathed, but with a match-winning haul.

He shone in the golden period from the beginning of that series where India played a lot of home Tests. In 21 matches from that South African series till the last ODI he played in 2017, Ashwin grabbed 130 wickets in 21 Tests with 13 five-wicket hauls. A rate of less than two Tests per five-wicket haul.

Perhaps the dip in his ODI performances affected his game in Tests too. For a regular who was playing a lot of games the year round, Ashwin was suddenly jobless, sometimes even sitting out Tests with India picking Jadeja over him. He even spoke about the sudden blip in the post-day press conference at Vizag.

“To stay away from playing cricket itself is very tough for me,” he said after the day’s play. “In order to substitute that, I played whatever games I got. I tried and made an opportunity for myself to go and play some county cricket. I tried and played the TNPL as much as I could, played some league cricket in Chennai.”

It showed Ashwin wanted more game time but wasn’t getting any. At Vizag, he came on to bowl in his first match for India in 2019 and was on the money from ball one. From playing county cricket to TNPL, Ashwin had kept himself busy.

When the rust-free off-spinner broke through the defensive push of Aiden Markram with a peach, you knew he was back. Sitting out the series in West Indies was as much a shock for him as the fans back in India. 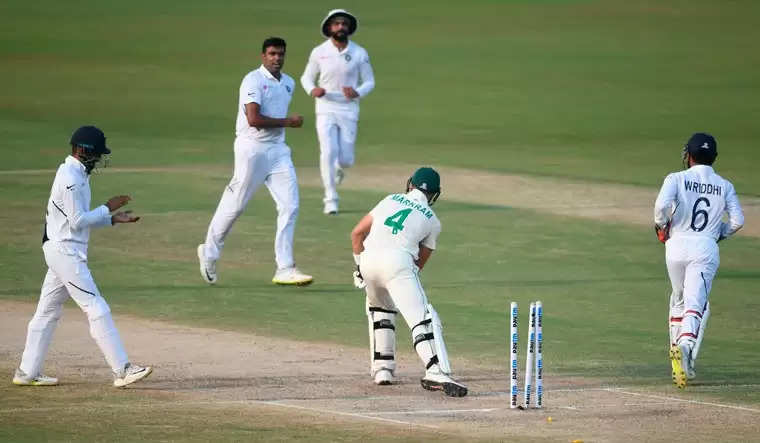 Ashwin worked over Markram with a peach

As another South African series beckoned, Ashwin put his best foot forward and grabbed just his second five-wicket haul since his last ODI – a phase where his average has risen to 25.78. He was belted for a few runs but came back each time to knock the Proteas batsmen over with not too much help from the surface.

As much as Johannesburg 2013 and Delhi 2015 are landmarks in his fabled Test career, Vizag 2019 and his haul of seven for 145 will remain an integral part of Ashwin the Test bowler.