Ahead of this Test series, there were doubts. Everybody asked can Rohit Sharma be a hit as an opener? Can he tackle the new ball? Can he have the same impact as he does in white-ball cricket? Well, three games into his new role as an opener in Test cricket, Rohit has squashed all those […]
By Sahil Jain Sun, 20 Oct 2019 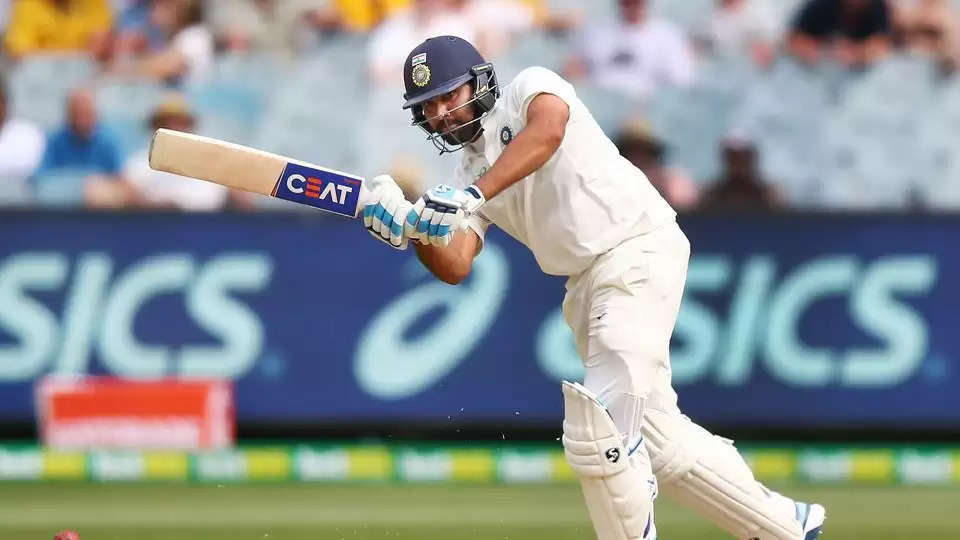 Ahead of this Test series, there were doubts. Everybody asked can Rohit Sharma be a hit as an opener? Can he tackle the new ball? Can he have the same impact as he does in white-ball cricket?

Well, three games into his new role as an opener in Test cricket, Rohit has squashed all those doubts and stamped his authority in the longest format of the game. A lot of people said, ‘Rohit Sharma is too good a player to sit out of any format’ and he’s proved all those people right. A lot of people said, ‘Rohit Sharma doesn’t have the game and may once again be found out in Test cricket’ and he’s gone on to prove all those people wrong and has shut his critics.

Mind you, the conditions have been testing as well. These weren’t the easiest of batting tracks. Vizag was a slow turner where the Mumbaikar got twin hundreds to start off in style. Yes, on a slightly juicier surface in Pune, he failed when Kagiso Rabada was on fire. But when conditions were tricky and once again conducive for fast bowling and with the South African bowling breathing fire and India in trouble, Rohit first countered the threat of those bowlers, then the conditions and then went onto break records. A lot of people have rated it as one of his best knocks in international cricket. The way he bailed India out of pressure and dominated once he was set. He deflated the South African bowlers who simply had no answers.

On his way to a memorable career-best score of 212 (first Test double ton), the Indian superstar broke numerous records.

He had amassed 388 runs in the 1996 series at home. Virender Sehwag and Sachin Tendulkar had also got more than 300 runs in 2008 and 2010 respectively. But Rohit has surpassed all of them and has gone way past them. He now has 529 runs at an average of 132.25 which includes three centuries. His opening partner Mayank Agarwal also features in the top five with 340 runs.

Virender Sehwag broke multiple records as an opener. Rohit is doing the same. The last time an Indian opener got more than 500 runs in a series was Virender Sehwag and that came back in 2004 in Pakistan when he smoked his first triple ton. However, 15 years later, Rohit has become the fifth Indian to accumulate 500 runs in a Test series as an opener. Apart from Sehwag and Rohit, Vinoo Mankad, Budhi Kunderan and Sunil Gavaskar (five times) are the others to do it.

Most sixes in a Test series

You generally don’t associate Test cricket with sixes. But Rohit Sharma thinks otherwise. When he is batting and is in full flow, he makes sure it rains sixes. He has now broken the record for most sixes in a Test series. Shimron Hetmyer held the record when he hit 15 last year against Bangladesh. Andrew Flintoff, Kevin Pietersen and Matthew Hayden have recorded 14 each in a Test series. But Rohit went past all of them to account for 19 sixes in this series.

In fact, only Ben Stokes has scored more sixes (61) than Rohit’s 51 since the latter’s debut. Hence, Rohit has become a six-hitting machine.

Rohit Sharma was the first-ever to register multiple double tons in ODI cricket. He has three in the 50-over format. There are five others who’ve scored double tons in that format but all them have done it just once. Meanwhile, among those, only three others have double tons in Test cricket. Sachin Tendulkar, Virender Sehwag and Chris Gayle are the others who’ve achieved the double of making double tons in both formats. Rohit is the most recent to join the elite list.

When you talk about averages, Sir Don Bradman tops almost every list. However, Rohit has overtaken the Australian great here. No one has a better average than Rohit while playing at home. Bradman averaged 98.22 at home while the Mumbaikar has an average of 99.84. All of his six Test hundreds have come at home as well. These are the only two players to average in excess of 90 at home.

Most hundreds and third-best average in 2019

Rohit has played a mere three Test matches in 2019 and he’s already topping a few of the batting records. We talked about how Steve Smith went to the top of almost every list in 2019 but Rohit isn’t far too behind. He now has the joint-most hundreds in 2019 – three along with Smith. But he has a better average than the Aussie No. 4. Rohit averages 132.25 while Smith averages 110.57. However, the Indian opener is third on the list with Colin de Grandhomme (182.00) and Kurtis Patterson (144.00) leading the chart.