On a sweltering day at Adelaide in 2012, Faf du Plessis, on his Test debut, defied Australia’s seam attack comprising of Peter Siddle, James Pattinson and Ben Hilfenhaus for 376 balls. Giving him vigorous support was a restrained AB de Villiers (33 off 220 balls) and an unyielding Jacques Kallis (46 in 110 balls). Such […]
By Rohit Sankar Fri, 11 Oct 2019 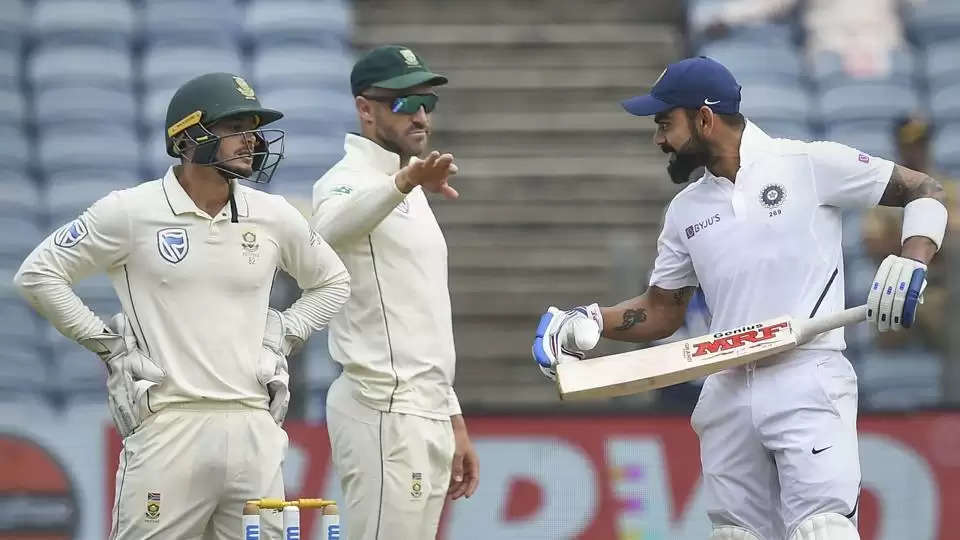 On a sweltering day at Adelaide in 2012, Faf du Plessis, on his Test debut, defied Australia’s seam attack comprising of Peter Siddle, James Pattinson and Ben Hilfenhaus for 376 balls. Giving him vigorous support was a restrained AB de Villiers (33 off 220 balls) and an unyielding Jacques Kallis (46 in 110 balls). Such was South Africa’s breathtaking exhibition of defensive batting that the effort came to be known as the ‘blockathon’, a tactic they employed to try and save Test matches a few times since then too. This is the known half of the story, and one which most fans remember.

The other side of it is that the series was tied 0-0 at the end of the second Test. With one Test to go at Perth, South Africa’s unrelenting blockathon wore out the Australian fast bowlers. Siddle bowled 383 deliveries and Hilfenhaus 321. James Pattinson had broken down after 9.1 overs in the first innings and never played a part in the series post that. Fearing a breakdown at Perth in the final Test, the Australian selectors sent Siddle and Hilfenhaus on a forced holiday and fielded an entirely different pace bowling attack. South Africa, led by Hashim Amla (196 runs at a rate of 88.68) and AB de Villiers (169 at 91.84) deflated them in the second innings and led them to a stunning 309-run Test win. It also sealed the series 1-0 in favour of the visitors despite them appearing below their best in the first two Tests.

This was peak South Africa under Graeme Smith; a side that was labelled as incredible travellers and one which rewrote history books with their extended run of form outside home. Between 2008 and 2015, South Africa played 29 Test matches away from home, won 16 of them and lost just four Tests. It is worth noting that none of the other Test sides had more wins than losses away from home in this same time frame when South Africa had a win/loss ratio of 4.

More than the sheer number of wins, it was the ruthlessness that this South African Test side exhibited that stood out. From ending the careers of two England Test captains to bidding Ricky Ponting – a brute of a captain himself and one who unabashedly led the bullish Australians of the 2000 – an unceremonious farewell Test at Perth in that 2012 series, South Africa weren’t just winning; an element of chutzpah, a rare combination of self-confidence and an unrepentant attitude, in their away wins made them feared visitors in most parts of the world.

As Faf du Plessis fiddled around with his three unavailing left-arm spinners post the tea break at Pune on day two, there was a sense of helplessness in his approach. It was almost as though du Plessis himself was egging on the Indian pair of Virat Kohli and Ravindra Jadeja to their respective landmarks so that the declaration would arrive. The session run rate for India as they declared their innings was a whopping 8.36.

Maharaj, who had toiled for 45 overs before the tea break for one wicket, went for 41 runs in his last five overs in the last session. This included a 21-run over where he conceded two sixes and two fours to Kohli and Jadeja. 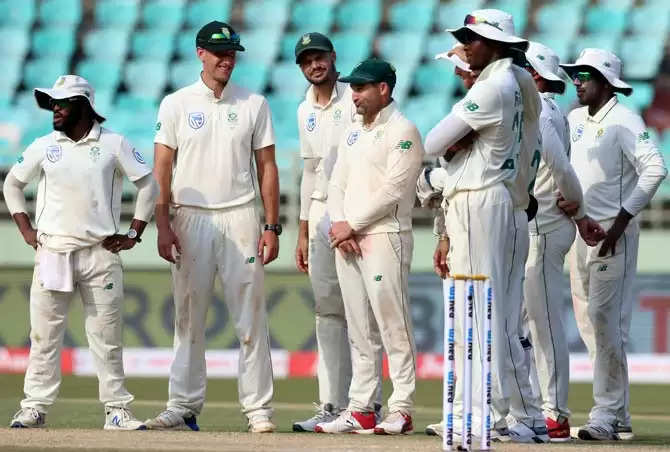 The session before the tea break had already deflated the Proteas. Kagiso Rabada and Quinton de Kock were at each other with abuses and at one point had to be separated by du Plessis. Debutant Anrich Nortje was scowling and sharing words with Ravindra Jadeja. Dean Elgar was rushing in to give Jadeja a piece of his mind for running on the pitch. Du Plessis, a brilliant fielder and an excellent slip catcher, missed three catches that came his way – with the batsmen reprieved being Kohli each time. Every moment his shoulders drooped lower, his customary smile turned into a forlorn, forced upward curve of the lips.

South Africa were struggling. More than the sucker punch that the Kohli – Jadeja partnership gave, the visitors had lost steam in the futile squabble that originated from sparks of frustration at their own inability to match up to an opponent in their peak. Those who played the South Africans in their travelling zenith know the feeling. Ask Michael Vaughan. Ask Andrew Strauss. Ask Bryce McGain. 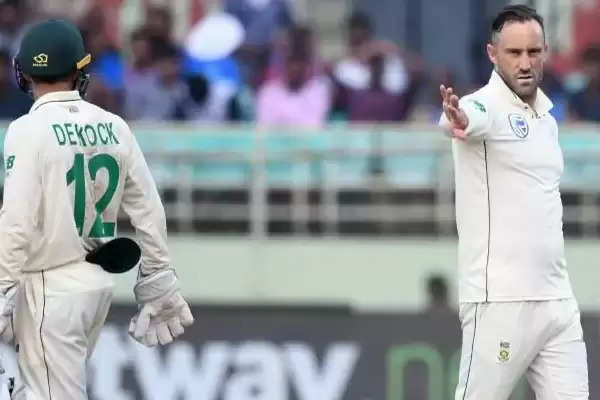 India are relentless at home, a well-oiled machine that needs no supervisor to produce 100% efficiency in results. It is perhaps why they have such a chilled out head coach. To stop this juggernaut at home is a monumental task, one which South Africa must have known even before they embarked on this adventure. But at Pune on day two, they saw the intensity first-hand and the blood-draining aftereffects resulted in them struggling with themselves. As the batsmen followed the despicable performance of their bowlers and the questionable tactics of their think-tank, the powerlessness of the visitors felt glaring.

South Africa had given up – the one trait they refused to take upon themselves in Test cricket at one time; the one trait that separated their World Cup fortunes from their unblemished Test performances. The opposite of giving up had spurred the blockathon tactic. It defined the way this Proteas side played Test cricket. At Pune, as they stood at the mercy of the Indians, the insipid, insecure, unimaginative South Africa we often see in knockout games in ICC tournaments made a rare appearance in whites. Was it the pressure of the World Test Championship? Was it the utter callousness of this Indian Test side at home? Was it the lack of a level-headed senior figure who could bring calm to the storm? Whatever it was, South Africa will hope that this forgettable day of Test cricket, one which mortified their very souls, would never make another appearance.