West Indies skipper Kieron Pollard said failing to execute their plans has been the story of his team as it went down by 67 runs in the third T20I against India to lose the series 1-2 here. Batting first, India amassed a huge 240 for three, riding on a blitzkrieg by K L Rahul (91), […]
By PTI Thu, 12 Dec 2019 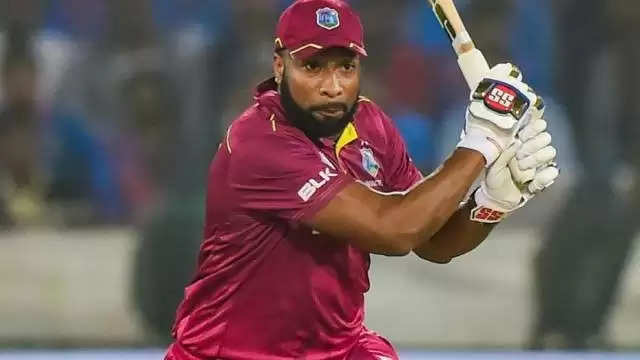 West Indies skipper Kieron Pollard said failing to execute their plans has been the story of his team as it went down by 67 runs in the third T20I against India to lose the series 1-2 here.

In reply, West Indies could manage only 173 for 8 as India sealed the match and the series comfortably.

“They scored 240. I thought we didn’t execute as we wanted. Yes they got off to a good start but we got a couple of wickets where we got back into the game. But when we came back in that scenario we didn’t execute properly. That has been the story this series in terms of where we need to improve,” Pollard told reporters.

“We chased big totals before. We chased 230 against South Africa, we chased a big total here in 2016, 220 has been chased at this ground so it was not impossible. But then to lose Evin (Lewis) didn’t help our cause. Everyone else had to go in and put in that extra effort but we faltered at the end,” he said.

Despite losing the series, Pollard looked to pick up the positives.

“I thought as a batting unit throughout the series, we have been consistent. Again scores of 200, 170, 170-odd, has been a must for us as a team in the last 12-18 months or so. Again positive step in right direction,” he said.

“The guys showed positive intent and we didn’t get over the line tonight, but it was a big step for us throughout the series.”

“It’s a positive for us. And him (Williams) bouncing back after that first game as well and coming and showing his mettle, that was well done. There’s still room for improvement for each and every one of us. But again, yes, that’s a positive he can take out of this series,” he said.

“Even young Walshy bowled very well in the last couple of games. He’s finding his feet now in international cricket. All in all, yes we lost 2-1, but I thought the guys stood up for themselves this series and that was very well done in that aspect.”

Pollard was also effusive in praise for Virat Kohli and Rohit Sharma.

“We bowled some deliveries in the slot and as any class batsman you put it away and he (Kohli) put it away very well. He’s a world-class cricketer. You can’t miss when you’re playing or coming up against him like that,” he said.

“Rohit, he was short on runs in the first two games, but he came on in a well-known Wankhede wicket, took his chances, and you see the class of the batsman.”

On his captaincy, Pollard said it has been a learning experience.

“You just have to be consistent in taking decisions, sometimes it works out, sometimes it doesn’t. I got a lot of experience playing in different conditions, sitting in different dressing rooms with a lot of legends, and listen about how they go about cricket or prepare when situations are like this or like that,” he said.

“What I try to do is when I come on a cricket field, even if I’m not the captain, I think about what we could do to be one step ahead of the opposition. So I’ve tried to learn every time I get an opportunity. My learning is not going to stop,” he said.

Pollard said his role as a skipper is to protect and give confidence to the young players.

“If you intend on playing international cricket for a long time, you don’t expect it to be highs only. You are going to have some low times and it’s how you bounce back in any situation that matters.

“I have to give the guys confidence going about doing things because some of these guys are young in international cricket and sometimes it’s tough and you need to shelter them. That’s basically my role and I try to contribute whichever way I can.” PTI NRB