Kuldeep Yadav being class apart is a well-known fact in Indian cricket by now. However, it needs to be reinstated time and again, mostly because the 25-year old has been in and out of the team for a few series now. The left-arm wrist spinner carved his name in the hall of fame after becoming […]
By Saumin Parmar Thu, 19 Dec 2019 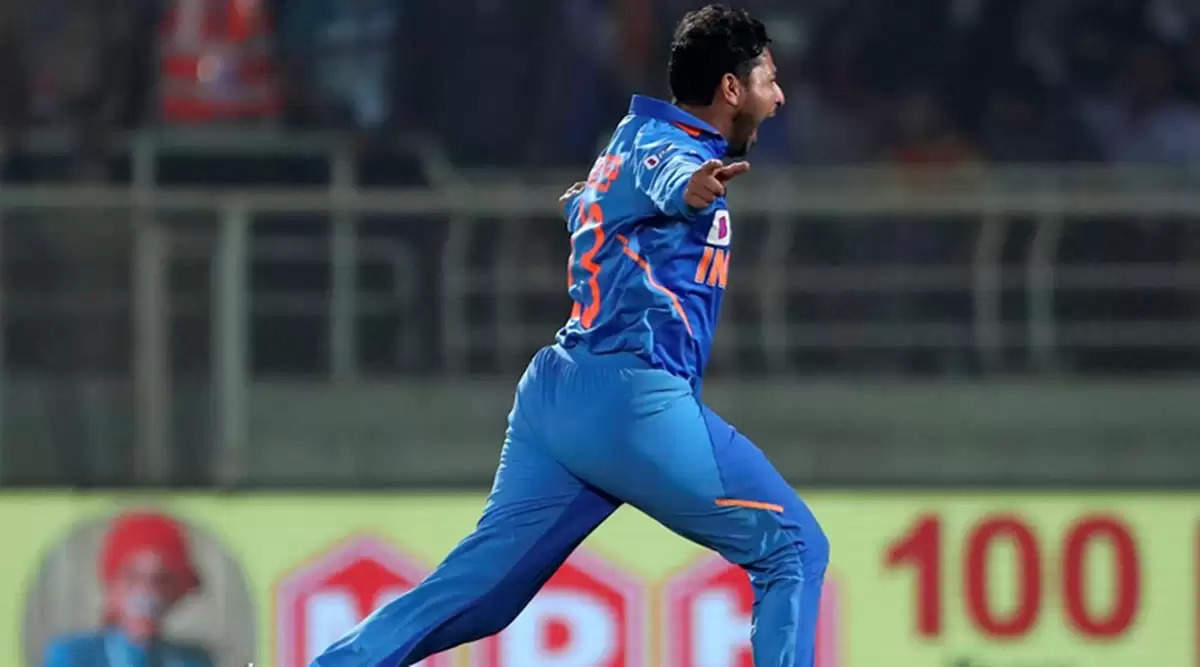 Kuldeep Yadav being class apart is a well-known fact in Indian cricket by now. However, it needs to be reinstated time and again, mostly because the 25-year old has been in and out of the team for a few series now. The left-arm wrist spinner carved his name in the hall of fame after becoming the first Indian player to bag two international hat-tricks, joining the likes of Wasim Akram, Saqlain Mushtaq, Chaminda Vaas and Trent Boult. India eventually won by 107 runs.

The 2nd ODI against West Indies at Visakhapatnam, a do-or-die one for India, is an outing he would hold dear to his heart. The last three deliveries of the 33rd over were all that were needed to send Kuldeep Yadav onto an inspiring and a satisfying run. While Shai Hope was out to a brilliant Kohli effot at the mid-wicket boundary, Jason Holder was stumped off a googly. Alzarri Joseph nicked one to Kedar Jadhav at second slip to complete the formalities.

After going wicketless in the first ODI at Chennai, he bowled with heart, courage and more variations. Though he did have his share of support from the fielders, it was his approach and the perfect execution that reaped him rewards.

Well, this feat meant more than just being on records or the all-time list.

A year that started off with a couple of 4-wicket hauls against New Zealand in overseas conditions took a downturn as the IPL happened a few months later. In a match against his current national captain Virat Kohli’s Royal Challengers Bangalore, he was clubbed for 27 runs in an over by Moeen Ali. The young lad had been taken to the cleaners and there was little he could except for hiding his emotions at the boundary line, being consoled by his KKR teammate Nitish Rana. He faced the axe after a dismal run of form by his standards.

Much worse, he failed to make an impact in the ICC World Cup 2019 as expected and could manage only 6 wickets in 7 matches at an average of 56.16. The management were keen on having other plans post this.

Kuldeep Yadav was dropped for the next two series, the tour to West Indies and the home series versus the Proteas. The dip in form and his inability to bat down the order prompted the selectors to try out the likes of Krunal Pandya and Rahul Chahar.

For the record, Kuldeep also has a hat-trick at the U-19 level and there’s no wonder he is busy repeating his heroics at the highest stage too. And his partnership with leg-spinner Yuzvendra Chahal is one of the most threatening pairs in limited-overs cricket at the moment.

He was fast-tracked owing to his immense bowling potential and the threat he offered as an orthodox bowler in 2017. A little over two years down the line, he has realized the uncertainties of international cricket, how comeback tastes like, and why some days on the field more than the others.

For now though, he is busy making the headlines and relishing his moments.