IND v WI: Move over Rohit – Dhawan, Rohit – Rahul is the flavour of the season

For almost six and a half years now, Rohit Sharma and Shikhar Dhawan have walked out to open the batting in most of India’s white-ball cricket but particularly in ODIs. The duo are the fourth-highest run-getters (partnerships) as an ODI opening pair. They have scored 4708 runs at an average of 45.26 which includes 16 […]
By Sahil Jain Thu, 19 Dec 2019 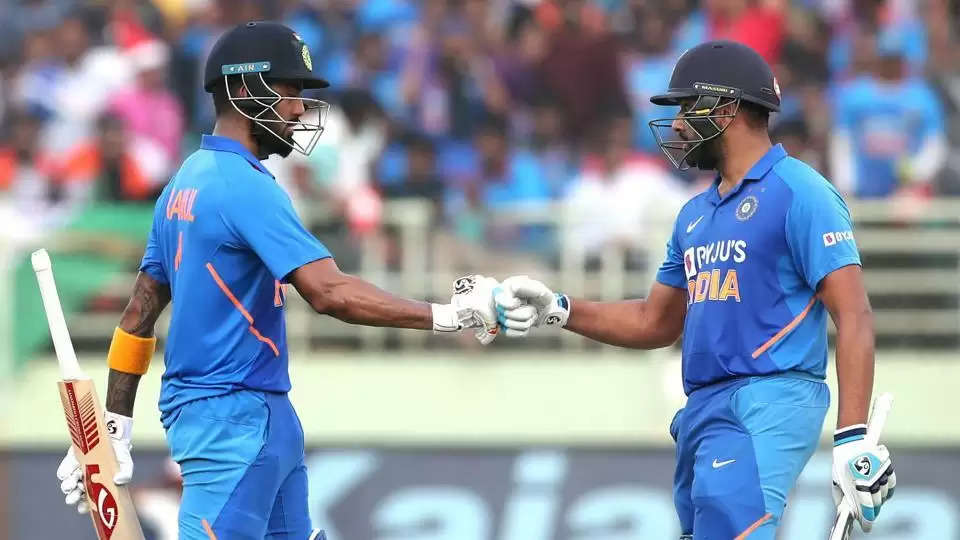 For almost six and a half years now, Rohit Sharma and Shikhar Dhawan have walked out to open the batting in most of India’s white-ball cricket but particularly in ODIs. The duo are the fourth-highest run-getters (partnerships) as an ODI opening pair. They have scored 4708 runs at an average of 45.26 which includes 16 hundred partnerships.

However, the second half of 2019 has been different. After just two games, Dhawan was ruled out of the World Cup. KL Rahul who has been warming the benches for long and was the deemed No. 4 in the World Cup slotted in to open alongside Rohit.

Since then, India’s opening scores when the Rohit-Rahul pair has opened are – 136, 7, 29, 8, 180, 189, 4, 21 and 227. Five of those came in the World Cup. After Dhawan’s injury, it was just the kind of starts India would’ve been looking for. The Delhi left-hander has a fabulous record in 50-over ICC tournaments. And Rahul ensured that India didn’t really miss Dhawan that much.

But Dhawan returned and Rahul was back on the bench in the white-ball formats. However, the left-handed opener has struggled to get the tempo right. He’s scored 232 runs at an average of 23.20 and has no scores in excess of 50. Most of these have been in T20I cricket but in general, be it international or domestic cricket, Dhawan has struggled post his injury.

The reason why the Rohit-Dhawan pair was so successful was because of the way Dhawan started and that gave Rohit time to settle in and make it big. Rahul is doing that with a modern day aplomb that Dhawan seems to struggle to find consistently. The form that the Karnataka opener is in at the moment, he’s ensuring some solid and fast starts at the top. Be it ODI or T20I cricket, the Rohit-Rahul duo have been successful together as well. It’s been boom or bust. They have four century partnership (all of them were daddy partnership tons) but there are three single-figure scores as well.

But as they showed in the second ODI, they could wreak havoc once they’re set. Rahul started off in prime fashion and it was typical of Rohit to take his time, get into the groove and then go through the gears. That’s when Rahul took a step back as well. Yes, he was nearing a ton but that’s when the Indian vice-captain upped the ante as well. That allowed Rahul to go through a phase where he could play second fiddle and not do much and also, get to his ton.

They’ve shown what they are capable of as a batting pair. They average 80.91 as a pair which is the most by a best by any Indian pair in this 2010s-decade (at least 10 innings). They even have a fabulous record in T20I cricket – they average 62.92 while amassing 818 runs.

There’s absolutely no doubt that Dhawan is still a gun ODI player. His partnership at the top with Rohit has been one of the cornerstones of India’s ODI success over the years. However, he is 34 and India need to think if he will continue till the 2023 World Cup which is the next big ODI tournament. Moreover, his recent struggles with form or injury doesn’t bode well either.

Thus, this may well be the time to back Rahul in white-ball cricket. He seems to be in some fine form and it’s the right time to show some faith in him. He’s never had a long run as an ODI or a T20I opener and it’s time to stop the juggling and have him open the batting for a long time.

Not only individually but the Rohit-Rahul combo has proved that they are a very dynamic pair. Both of them are busy players and can go through different gears but love playing the big shots. The tempo they set has now been seen in two games in this white-ball leg against the West Indies. First, they did it in the final T20I which was a must-win game. Now, they’ve done it again in the second ODI which was another do-or-die encounter.

The Rohit-Dhawan combo was wonderful but there has to be a shift at some point.  That the time seems to have come.  The Rohit-Rahul pair have shown that they can bat with a better tempo than the Rohit-Dhawan and why India needs to back this opening pair.