When Virat Kohli played on to his stumps, India still needed 31 off 23 balls chasing 316 in the series decider last night. His walk-back to the pavilion sent the Indian fans into a quiver. The onus to take India over the line, therefore, was on the number 7 Ravindra Jadeja and the number 8 […]
By Swetha Seetharaman Mon, 23 Dec 2019 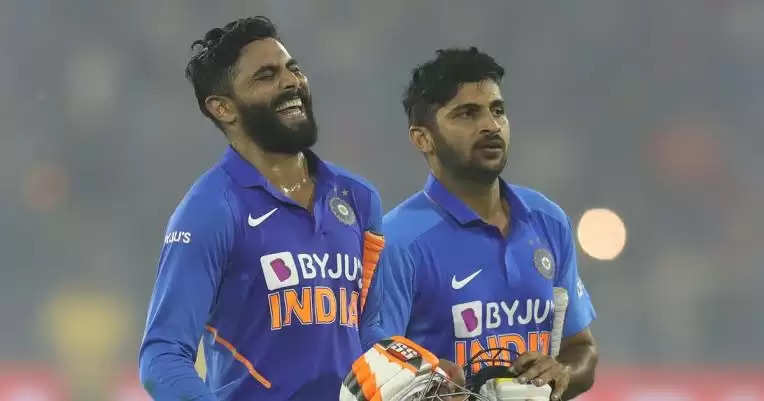 When Virat Kohli played on to his stumps,  India still needed 31 off 23 balls chasing 316 in the series decider last night. His walk-back to the pavilion sent the Indian fans into a quiver. The onus to take India over the line, therefore, was on the number 7 Ravindra Jadeja and the number 8 Shardul Thakur who had just walked in. Having pushed the Men in Blue to the wire, the West Indies sensed a series win. What followed, however, was a display of brutal hitting as India won by 4 wickets with 8 balls to spare.

Although the aggressive cameo from Shardul eased victory in the end, it was the calm and well-settled Jadeja who stood tall and reinstated himself an able all-rounder. Most importantly, the lad from Saurashtra, who is currently ranked 17th among all-rounders in the ODI format, reposed the faith that Captain Kohli had on him –setting out to stabilize the lower order, Virat persisted with the all-rounder throughout the series.

Apart from his usual exploits with the ball, Jadeja stitched together a vital 58-run partnership with the captain yesterday. This partnership was extremely crucial; India had just lost three quick wickets and the series was on-line. Furthermore, that Jadeja, inspite of being an all-rounder had not been able to quite replicate his bowling exploits with the bat mounted pressure on him. With his bowling and fielding abilities always being rated higher than his batting skills, it was paramount that he proved a point to the cricketing world.

The “thumbs-up” that Virat Kohli gave him before walking back – probably signaling a “you’ve got this” – would have fed Jadeja’s self-belief the much-needed boost. He shouldered responsibility, played sensibly and helped the young Shardul go berserk. Jadeja’s flair with the bat was evident right through his knock as he was able to rotate strike at will and pick up the ones and twos. He exuded a sense of calm and played a matured innings. Virat would later go on to commend Jadeja for his confidence and body language. That he remained not out helped not only the team’s cause but also was as a befitting reply to his critics. 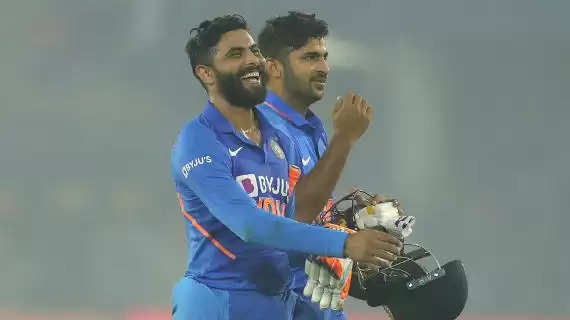 Ravindra Jadeja the batsman has always been considered by the purists as a vital clog in the Indian batting line up. He has exhibited sparks of his prowess and has also bailed the Men in Blue out of trouble on numerous occasions. Even though his knocks have proven that he is an enormously talented batsman who can contribute key runs, his inability to stay till the end and take his team over the line has made fans and critics question his credibility as a batsman. His knock against New Zealand in the 2019 World Cup semi-final is a classic example.

Set a target of 240, he came in at number 8 and smocked a 59 ball 77. His knock was laced with 4 fours and 4 sixes and he was well set to take India to the finals. However, when India was on 208 he lost his wicket attempting to sky the ball over the ropes. The Men in Blue were bundled out for 221 and failed to reach the finals.

Similarly, in the third ODI against Australia at Ranchi earlier this year, Jadeja lost his wicket after a decent knock of 24 (31) and left the team reeling at 273/8. The team eventually failed to surpass the total of 313 and helped the visitors keep the series alive. The tied ODI against Afghanistan is another case in point. He was well-set on 25 and India needed just two runs to win the match. He mistimed a pull and top-edged towards midwicket. His was the last wicket to fall and the teams were tied at 252.

Yesterday’s innings, therefore, gains a lot of significance in Jadeja’s books. He not only played a vital knock but also stayed till the end to see his team home. Amidst all the pressure and the criticisms, Ravindra Jadeja was calm,unlike his usual self, and helped the team win the series 2-1, thereby proving his mettle. He has finished this year on a high and would want to carry this momentum into 2020. And as for Team India and in particular captain Kohli, efforts at solidifying the team’s lower order are on the right path.