Often accused of not putting enough premium on his wicket, rising Indian batsman Rishabh Pant says he has now understood that there is no concept of “natural game” in international cricket where one has to play according to the situation. Pant’s reckless strokeplay at crucial junctures, leading to soft dismissals, as well as poor work […]
By PTI Mon, 16 Dec 2019 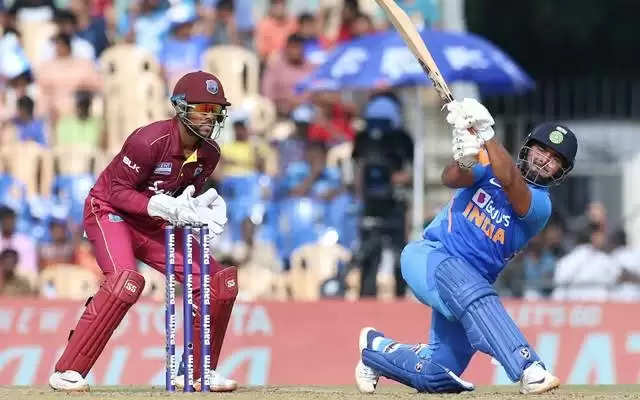 Often accused of not putting enough premium on his wicket, rising Indian batsman Rishabh Pant says he has now understood that there is no concept of “natural game” in international cricket where one has to play according to the situation.
Pant’s reckless strokeplay at crucial junctures, leading to soft dismissals, as well as poor work behind the stumps have been the talking points and a matter of concern for the Indian team.

But the 22-year-old wicketkeeper-batsman Rishabh Pant finally came good and struck his maiden ODI half century, albeit in a losing cause, in the first one-dayer against West Indies here. Rishabh Pant said he is constantly trying to improve his game.

“I’ve realised after playing a fair bit at international level that unlike at amateur levels of cricket, there isn’t anything like a natural game. At the international level, you have to play according to the situation or what the team demands,”  said Rishabh Pant at the post-match press conference after India lost to West Indies by eight wickets.

“It’s my learning curve, I’m thinking that. From team’s point of view, whatever I can do to help my team win, to have a good score on the scoreboard, that’s what I was focussing on. In the end, I got some runs,” he added.

He said he will continue to focus on his game rather than think about the “talk going around” about him.

“As an individual and as a player, I want to focus on my processes. All the talk going around, they’re good and sometimes they’re not. At the moment, I’m concentrating on my game and that will hold me in good stead,” said Pant who scored 71 off 69 deliveries for his maiden ODI half-century.

Asked what kept him going despite the constant criticism, Pant said it was all about believing in himself and following the process of growth.

“I will always tell a person that you have to believe in yourself. It doesn’t matter what people say around you. Sometimes you don’t get runs, sometimes you get runs but the process is always important,” said the wicketkeeper-batsman.

Asked how important this knock was in the current circumstances, he said every innings was important for him and he wanted to improve every day.

“Personally, if I play for India, every innings is important for me. As a youngster I want to improve each and every day,” Pant said.

Pant has been greeted with chants of ‘Dhoni, Dhoni’ by crowds at various stadiums but not here.

“Sometimes it’s important when crowd supports you. From an individual point of view, I was trying to improve myself every day but I wasn’t getting there. I am not saying I got there, but I try to improve.”

Pant, who revived the Indian innings after the loss of three quick wickets in the company of Shreyas Iyer (70), said the idea was to stitch together a partnership and stay longer on the crease.

“At the start, (Shreyas) Iyer and I were thinking of first stitching together a partnership and taking the game to the 35th-40th over because a 50-over game is a fairly long one.

“Our idea was that the longer our partnership will be, it’d help us in capitalising late in the innings,” said Pant who plays for Delhi Capitals in the IPL.

Asked if the Indian bowling line-up was missing pace spearhead Jasprit Bumrah, Pant backed the current lot and said they were learning. Bumrah is currently recovering from a stress fracture of the back and is expected to be fit for the tour of New Zealand next year.

“Bumrah is a top bowler. Everyone knows that. He’s out because of an injury. The other bowlers who are playing here aren’t doing badly. As youngsters, these guys are learning,” Pant reasoned.

“Bumrah has now become an experienced bowler. He has learnt quite a bit having played so much of international cricket. These players will also learn as they go along,” he said.

On his thought process on and off field, he said, “If I’m practising I think about cricket. If I’m off the field, I’m not thinking about it too much.