IND vs SA: Virat Kohli pulls off another spectacular run-chase at Mohali

Kohli may have a stand named after him at his home ground, but for most people, such knocks from him have become a routine, and it stays with them, forever, in their hearts, in their minds.
By Nikhil Popat Thu, 19 Sep 2019 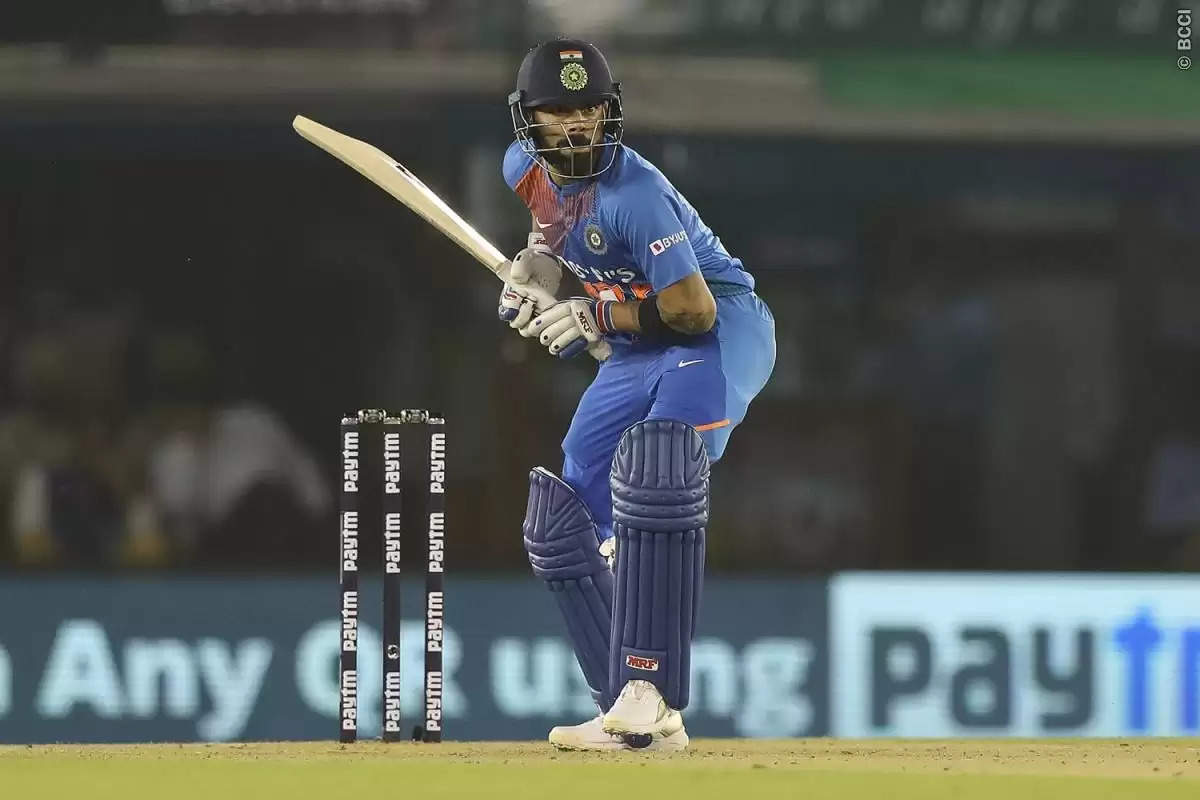 The very same ground, Virat Kohli batting in the blues, India needed 31 in 16 balls when he lofted one from James Faulkner over long-off for a maximum. Kohli had scored 82 runs in just 51 balls, and when the game was won, he was down, having run so hard between the wickets with his partner in crime, MS Dhoni, he soaked in the applause, it was and probably still is Kohli’s best T20I knock. It rings the same feeling that the Hobart chase did for him in ODIs.

September 18, 2019 – India need 19 from 18 balls, the game is nearly sealed but going into the final overs, it is about that one hit that turns the tide in your favour.

Quinton de Kock calls Kagiso Rabada for his penultimate over. He expected him to be bowling a couple but not Kohli.

A 141 kmph length ball on the pads, Kohli just waits on it and flicks it nonchalantly over square leg. The timing is so good, too good, almost laden with a sweet disdain, over square leg for a maximum. Rabada just watches it sail; he can’t do anything, de Kock can only stare. It was a master at work.

India wrapped it up in the next over with a six from Kohli and a thump down the ground from Iyer, but the chase was far from easy when it began.

The bowlers had come back well to restrict South Africa to a score of 149 in the 20 overs. Temba Bavuma admitted that the deck was holding up a bit and it wasn’t easy to score that freely against the older ball.

Rohit Sharma and Shikhar Dhawan began positively knowing it was essential to go after the new ball and 3.4 overs into the game, Kohli was relaxed, sitting in the dugout.

Just as the television screen saw him ready with his helmet on, Rohit missed a straight one from Andile Phehlukwayo, and in a matter of minutes, Kohli was out there, batting.

The first ball, Kohli is squared up, gets a leading edge towards cover-point. He knows, it won’t be easy, but it’s Kohli, he can find a way, its a routine for him.

Dwaine Pretorius drifts one onto the pads, Kohli does not even need an invitation, forget the second one, he just neatly clips it between midwicket and mid-on and earns himself a boundary.

It that was not enough clue to not bowl full to him, he drives Phehlukwayo on the up, through covers for a boundary the very first ball of the next over. A ball later, he was cut into half by one that came in off the deck, the Proteas reviewed, but there was no bat there, the ball wasn’t hitting the stumps enough for him to be ruled out lbw either.

Kohli was having a laugh about it with his state-mate Shikhar Dhawan at the other end. India took it easy for a couple of overs, but with the opener not quite finding the fence, Kohli took it upon himself to keep the momentum with them.

A free-flowing drive over long-off, just as he had hit one off Faulkner, three years ago at the very same venue. It helped Dhawan move along, but David Miller’s acrobatics at long on meant the Indian opener had to walk back to the hut for a 31-ball 40. Another start not converted by Shikhar.

Rishabh Pant came; Rishabh Pant went. Its been a struggle for him off-late in this format of the game. A rank long-hop from Fortuin but Pant could not believe his fortune as he just picked out the fielder at short fine leg. Kohli just didn’t look at him. India still needed 45 from 36 balls.

A couple of tight overs and the equation was down to 30 in 24 balls. Kohli walked down the deck and just pushed one off the front foot, of the bowling of Andile and was probably looking for a couple, and the timing though got him a boundary.

The move put the bowler under pressure, and a short ball followed which was duly dispatched to the midwicket fence. Easy as you like, a nice way to celebrate getting to a half-century of the previous delivery. 19 needed in 18 and you know what happened.

It’s not that Kohli needs extra motivation to score runs but Kohli being Kohli, admitted as much at the post-match presentation to Sanjay Manjrekar, saying, “You reminded me of the best T20 game of my career so I got extra motivation from that (on the World T20 match against Australia, to Manjrekar). Slightly different pitch today. That’s always going to be a sweet memory, but this one’s nice as well.”

Virat Kohli averaged 28.33 against South Africa in T20Is, the worst average for him against any country, when he’s played a minimum of 4 fixtures. There isn’t a lot left for Kohli to prove, but his hunger and passion for the nation continues to drive him to push his limits and do the same thing, again and again.

By the time he walked off the field, having seen India through to the win, he had gone past Rohit Sharma to become the highest run-scorer for India in the shortest format of the game.

Kohli may have a stand named after him at his home ground, but for most people, such knocks from him have become a routine, and it stays with them, forever, in their hearts, in their minds.