India vs South Africa: Elgar, de Kock and a comeback to savour for the Proteas 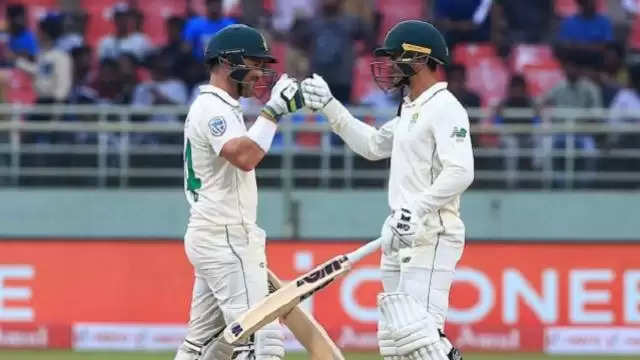 A lofted six against Ashwin and Elgar completed his ton, his first in India. Again, a lofted six against Ashwin and de Kock registered his maiden Test century in Asia. A left-handed batsman smacking off-spinner Ashwin is a rare sight, especially in Asian conditions. Not many expected both these southpaws to do well against the potent bowling attack of India, that too on the devilish sub-continental wickets. But patience and grit reaped fruitful results for them, especially in Elgar’s case.

The hosts had posted a mammoth total of 502 runs on the board, thanks to the huge opening partnership between Mayank Agarwal and Rohit Sharma. During the final stage of India’s innings, the ball started turning square and things didn’t look good for the visitors. Few are unaware of Proteas’ woes against spinners in the sub-continent. The possibility of India winning by an innings was high, especially when the visitors were tottering at 39/3 at stumps on the second day.

However, the 32-year-old Elgar had different plans. The opening batsman had only managed a mere aggregate of just 137 runs with an average of about 19 in the entire series when the Proteas travelled to India last time in 2015. Elgar breezed past the tally in just the first innings after giving himself plenty of time at the start of the innings. 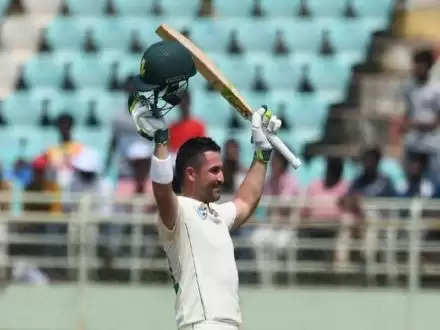 Dean Elgar raising his bat after completing the century

The left-handed batter had a mediocre average of 32.06 against slow bowlers which did not inspire much confidence. In 2014, Elgar scored a hundred against Sri Lanka which was his second innings in Asia. Since then he failed to register even a single 50+ score in the subcontinent. Albeit, his performance was expected to improve at least better than his last Test series in India.

After all the hard work, he completed his century and celebrated in some fashion – roaring and animatedly taking off his helmet and raising his bat to acknowledge the appreciation from the crowd.

He did not attempt to play many cover drives and looked to accumulate runs on the leg side which eventually helped him. Elgar who made his Test debut in 2012 played cautiously and applied himself brilliantly. He attacked after getting set and added runs at a quick rate. He cleared the ropes four times and stroked as many as 18 fours.

The wicketkeeper-batsman Quinton de Kock had good scores in the red-ball cricket behind his back before this series. De Kock loves to play against India (not in whites, though) and started this tour in some style as he notched up two fifties in the T20 series and was presented ‘Man of the Series’ award. The format changed but not his fortunes.

The southpaw was dropped from the South African squad when they came to play the Freedom Series in India in 2015. The people were skeptical about his performance on the Indians decks even this time around. It was understandable as he scored less 20 runs per dismissal in the subcontinent before this series. His average of about 31 against spinners was not enough to boost the morale of the South African fans. 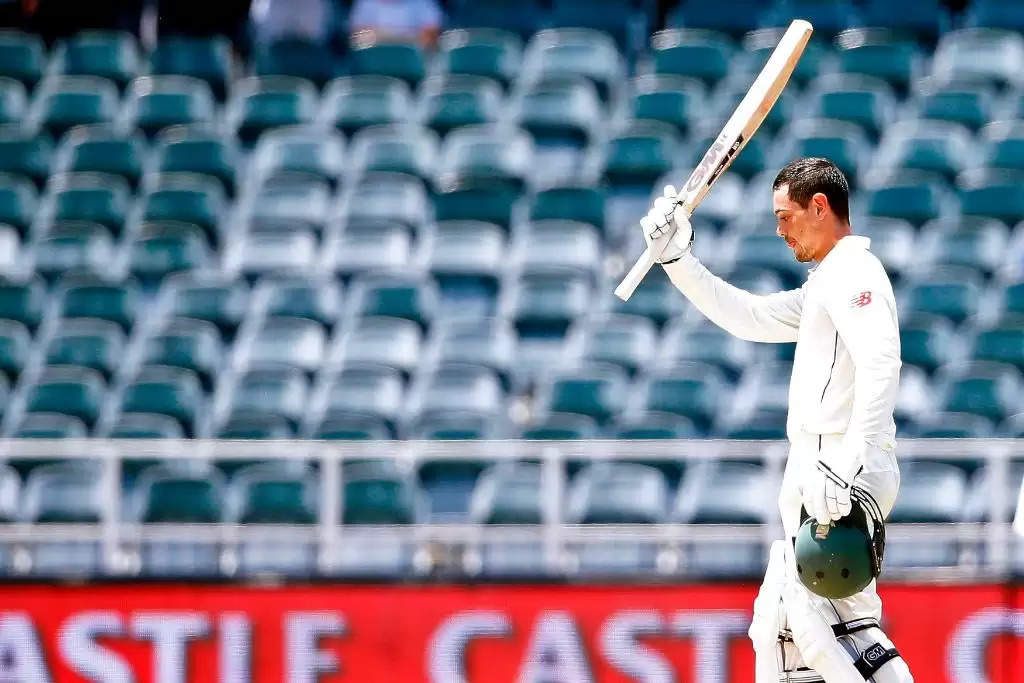 The 26-year-old was promoted to bat at no. 6 which has increased the responsibility on his shoulders. De kock has been in sublime form of late and used it well today. Even though he was playing his first Test match in India, the Johannesburg-born did not look in discomfort throughout his knock. He played his shots against the spin duo with ease.

Upon reaching his landmark, de Kock raised his bat and offered a blushing smile. The spinners – Ashwin and Jadeja bowled a tad quicker and also shied from bowling full. Mohammed Shami did not look in rhythm either. Although India did not bowl well, the credit from Elgar and de Kock should not be taken away. They looked determined right from the start of their effort and made this opportunity count.

By stumps, Faf du Plessis’ men notched up 358 runs with 2 wickets in the bank; trailing by 117 runs. A win might be a bridge too far for the Saffas and given that they have to bat last on a surface expected to assist spinners, Faf will hope the seniors step up. Again. For now, they have.