It was another heartbreaking defeat for the Indian women’s team as they lost the 2020 T20 World Cup final against a rampant Australian side. India did dominate through the group stages, winning every game. However, it was a different ball-game altogether in the big final. This wasn’t too dissimilar from the 2018 edition where India […]
By Sahil Jain Mon, 9 Mar 2020 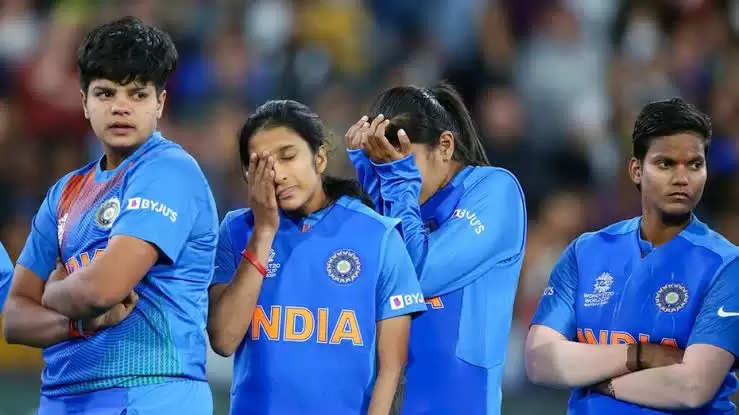 It was another heartbreaking defeat for the Indian women’s team as they lost the 2020 T20 World Cup final against a rampant Australian side. India did dominate through the group stages, winning every game. However, it was a different ball-game altogether in the big final. This wasn’t too dissimilar from the 2018 edition where India went unbeaten in the group stages before faltering under-pressure in the semi-final to England.

Two successive T20 World Cups and two similar exits/losses or two similar ways in which India lost. In 2018, India played all their group stage matches in Guyana where the pitch was low and slow and it worked in India’s favour beautifully. However, a change in venue for the semi-final – Antigua and India couldn’t adjust and adapt. Yes, there was turn but the pitch was a lot quicker and harder than Guyana and India couldn’t adapt. The batters failed to put up a score and the bowlers weren’t in the fight either.

Something similar panned out in the 2020 edition as well. The ‘Women in Blue’ played all their game on surfaces that assisted the spinners. Be it the Sydney Showground Stadium or the Junctional Oval in Melbourne. The only quick surface they played on was at the WACA but even that was a touch slow in nature. And come the final, they were caught off-guard on a hard surface that didn’t really have a lot for the spinners. They went in with four spinners and it didn’t click.

But to be fair, India’s fast bowling resources aren’t too rich either. You take a look at India’s squad for this T20 World Cup. There are only three pace bowlers. Shikha Pandey is the leader of the attack. Arundhati Reddy and Pooja Vastrakar were the other two in the squad. While the latter didn’t get a game, Reddy played a couple of games and was not really up to the mark.

That meant India had to rely on their spinners a lot, as they’ve done in the past. Irrespective of the conditions, they have invariably played at least three spinners. Yes, there is absolutely no doubt that India’s biggest strength is their spinners and their ability to squeeze the opposition.

India’s spinners picked up 25 out of the 34 wickets that they took throughout this T20 World Cup. Shikha Pandey picked up seven wickets and Arundhati Reddy took two from as many games. It was the spinners doing the bulk of the bowling. Be it any stage of the game, the likes of Deepti Sharma, Rajeshwari Gayakwad, Poonam Yadav and Radha Yadav were the ones that were in the limelight.

However, that may not work much in New Zealand next year. There’s not a lot of time before the next 50-over Women’s World Cup. With New Zealand being the venue, it hasn’t been a great place for the spinners. Yes, there are one or two venues like Hamilton or at the maximum Napier where spinners have had some impact in the recent past but not all surfaces will assist the spinners.

India are likely to get hard surfaces like the one that was dished out at the MCG in the final of this T20 World Cup. They need to be prepared for it. First, they need to invest in some fast bowlers.

They will have the services of Jhulan Goswami who will be playing her last World Cup and then there is Shikha Pandey. Who else, would you ask? Yes, there is no proper backup. The likes of Mansi Joshi and Pooja Vastrakar have been around but there’s hardly any exposure for them. Both of them have played a combined total of 10 ODI games since the 2017 Women’s World Cup. Joshi has shown promise but needs to be backed and also needs a lot more game-time. Meanwhile, Reddy who has played 20 T20Is, has not featured in a single ODI game.

Yes, the Indian spinners did lead the team to a 2-1 ODI series win in New Zealand in early 2019 but that may not work in their favour again. In fact, take a look at the record of the spinners in New Zealand since the 2017 Women’s World Cup. None of them have more than 10 wickets. In fact, the highest is Leigh Kasperek who has nine wickets from as many games in New Zealand. White-ferns leg-spinner Amelia Kerr who has a very good record also has just six wickets from seven games. That simply underlines the spinners struggle in New Zealand in the last couple of years. Moreover, India had found that out in the T20I series as well where they lost 0-3 and the spinners had a horrid time.

Hence, there is a need to develop and have a decent enough fast bowling bench strength. Goswami and Pandey will be India’s frontline pacers but when the need arises, India need a couple of pacers ready. That will also reduce the load and pressure on India’s two premier fast bowlers.

You look around, there were just four fast bowlers that India played since the last T20 World Cup and only two of them (Pandey and Reddy) that played consistently. Joshi and Vastrakar played a total of 11 games combined and bowled just 17 overs each in this time period. Hence, it may not be highlighted but may well have been the reason for India’s downfall in the final of this T20 World Cup.

If India are to go the distance or even reach the knockouts once again in the 2021 Women’s World Cup, they will need some firepower in the fast bowling department. They can’t afford to surprise themselves once again if they encounter a hard pitch like the one at MCG.