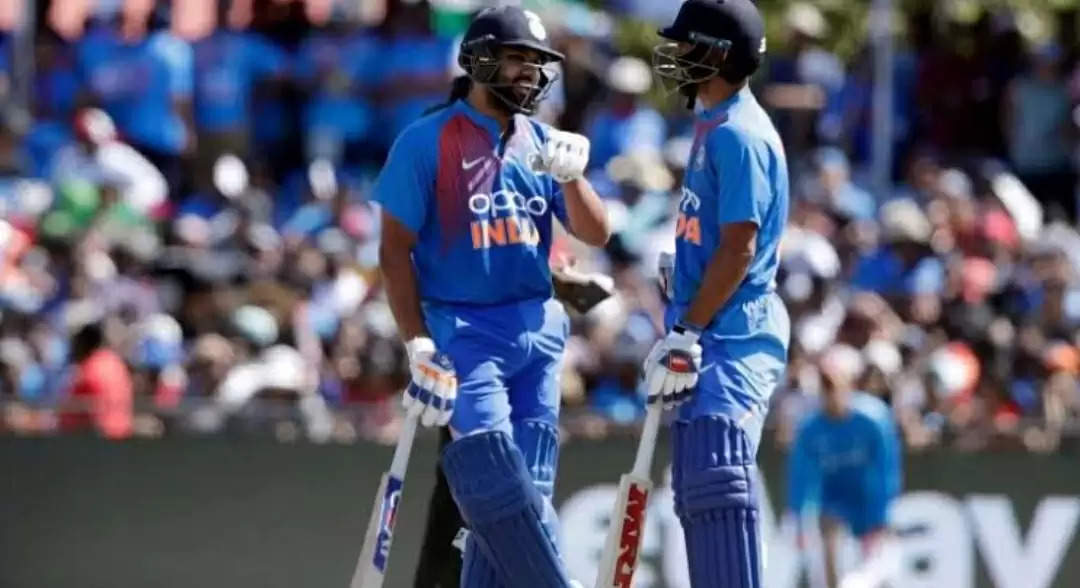 But another one was their approach and struggle with the bat. It may have been a sluggish track but the ‘Men in Blue’ lacked intent. They were found out with the bat while batting first yet again.

It’s been a problem for a while now. India’s T20 game isn’t where it’s supposed to be. It seems like India seem to be treating the T20 cricket as a shortened version of the 50-over format. While there isn’t a lot of problems with the bowling, it’s the batting that has been the issue.

If it the middle order in ODI cricket, it more or less the entire batting line-up in T20Is. You might say, it’s a touch harsh on them. Yes, it hasn’t helped that India played a couple of games on tacky surfaces in Florida against the West Indies. Even if you leave those two out, India’s batting has been iffy.

They’ve been one of the worst batting sides in the shortest formats this year. While they lie 23rd overall but when you consider just the top 15 T20I teams in the ICC rankings, India’s run rate of 7.82 is 11th on the list this year. Only Sri Lanka, Nepal, UAE and West Indies have a worse run-rate than India in 2019.

While India are comfortable batting second and they’ve shown that on multiple occasions, India have struggled batting first and have tended to be a touch too conservative. While the stats show that, the run rate drops just marginally this year (7.65) but it’s been a problem even the Indian team has been open about. India have won just one game (out of five) batting first in 2019. Both Virat Kohli and Rohit Sharma have been spoken about the need to get better while batting first.

“Batting first is something we’re also looking to strengthen. Results are always a priority, but we need to get out of our comfort zone also,” was what Kohli said at the toss in the third T20I against South Africa which was played at the Chinnaswamy Stadium in Bengaluru, predominantly a chasing ground. Rohit also echoed his skipper’s opinion on the eve of the T20I series against Bangladesh.

But India continue to struggle. That was evident in the first T20I against Bangladesh in Delhi. The pitch was a two-paced one and was on the tackier side but the approach was something that was strange. If it had not been for some lusty blows from Shreyas Iyer in the middle or those three sixes in seven balls from Washington Sundar and Krunal Pandya, India would’ve fallen way short of 148.

In fact, in 2019, only four Indian batsmen have a strike-rate of more than 130 in T20Is. One of them is Washington Sundar who has batted for just 11 balls. Dinesh Karthik and Vijay Shankar find themselves at the second and third slots but they’re not even in the picture post the 2019 World Cup. KL Rahul is the only other player who is striking above 130.

India’s troubles start right at the top. While Kohli at 3 is the team’s rock and loves batting through and wants to control the innings, the others aren’t helping his case. Everybody knows Rohit loves to start slow and then explode. But when Shikhar Dhawan doesn’t compensate from the other end it puts pressure on Rohit and also, Kohli coming in at 3.

In fact, Dhawan has struggled in T20Is. He had a wonderful 2018 but in general, his overall T20I record isn’t great either. He tends to struggle to force the pace. KL Rahul who has a good T20 record (both international and overall) has often found himself in and out of the team. His batting position isn’t fixed either. The Karnataka lad more often than not finds himself batting in a new position in the top four.

Meanwhile, India’s middle-order woes seem to be never-ending. There’s never been consistency in selection and the batting order as well. Shreyas Iyer is by no means a No. 5 and he was batting there for about five games before this series. Pant was batting at the coveted No. 4 spot and was under scrutiny every time he walked out and he’s flattered to deceive. Whether he does well or not, the spotlight is firmly on him. Karthik has shown that he can be India’s T20 finisher but after the World Cup, he’s been done away with. The Pandya brothers, Manish Pandey and Ravindra Jadeja haven’t done too much either.

While India’s personnel may not be bad or aren’t wrong choices, it’s just the constant chopping and changing and also, the approach that has been the issue. India’s usual approach in the 50-over format is to start slow and attack as the innings progresses. They seem to believe in that in the shortest format as well. But that looks a touch outdated. India cannot afford to do that. They need to make the powerplay count.

Hence, given their approach and the struggle to force the pace with the bat, and their inability to adapt while batting first, it is no surprise that India are at No. 5 in the ICC T20I rankings. The batting approach haunted India in the last couple of World T20s. Kohli carried them in those tournaments and apart from him, there was hardly anyone who stood up.

Thus, the ‘Men in Blue’ wouldn’t want it to repeat. They have a little less than a year to sort things out and they simply can’t afford to go with this approach in such good Australian batting conditions.