When Kieron Pollard was declared the West Indies skipper in September this year, quite a few cringed. He had played over a 100 ODIs having started his career a dozen years ago but hadn’t played fifty-over games in three years at the time of the appointment. The T20 globetrotter, who shot to fame with […]
By Rohit Sankar Mon, 23 Dec 2019 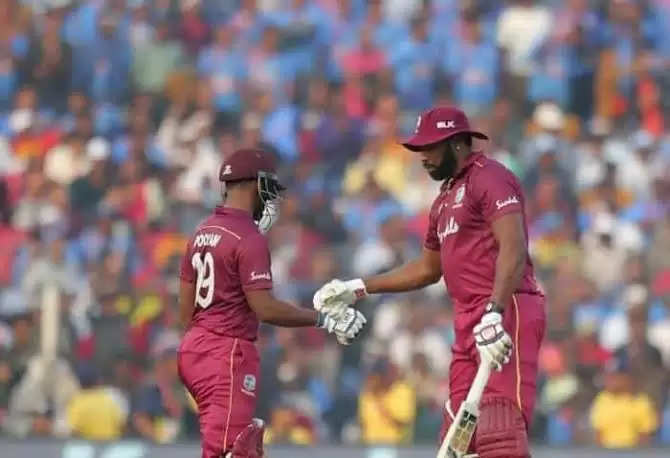 When Kieron Pollard was declared the West Indies skipper in September this year, quite a few cringed. He had played over a 100 ODIs having started his career a dozen years ago but hadn’t played fifty-over games in three years at the time of the appointment.

The T20 globetrotter, who shot to fame with his T20 exploits, was a big part of the rebellious group of Windies players fighting with Cricket West Indies. As such, even with the change in management, the appointment was a shock. But three months into the job, we have seen a completely different Pollard to the one that threw a bat at Mitchell Starc; one who has uttered words of wisdom, rallied together his troops in tough times and brought the best out of them.

A telling contribution by Pollard, if early signs are anything to go by, would be the nurturing of young talent in the Caribbean. Pollard’s words after an ODI series win against Afghanistan last month underline that there’s a whole lot of thinking into the madness West Indies now display on the field.

“If you look how we set up, our first four batsmen are guys who we want to just bat and bat long, and then from No. 5 Pooran, coming down, again changing that tempo and trying to clear the boundaries as well, as per the roles the guys have been given. He came in, he got his eye in, it was not a wicket where the ball was coming on to the bat, and he stayed there till the end. We needed one guy staying till the end or getting that one fifty for us, and he did it. He hasn’t played many games and he’s showing that level of maturity as an individual, but again we’re not surprised by the results because of the work he’s been putting on and off the field.” 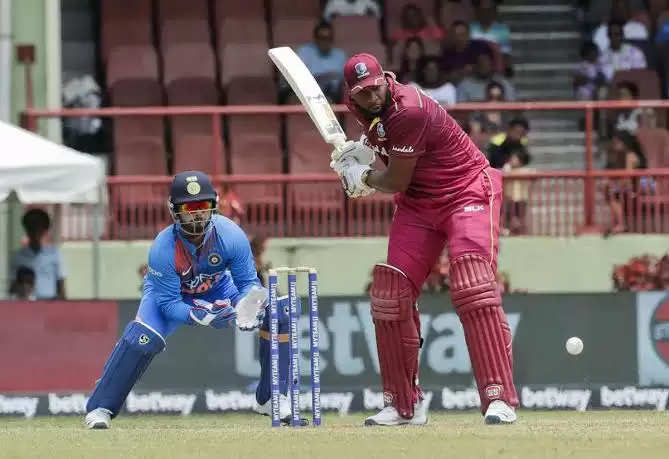 Pollard, sporting a round-brim hat, has been a throwback to the captains from the 80s and 90s, constantly talking to his bowlers and discussing field placements with the keeper and senior players. Proactive captaincy is something West Indies haven’t seen a lot of in ODIs at least – with Darren Sammy a good example of the same from the T20 scene – but Pollard has stood out with his on-field and off-field charisma. At the time of his appointment too, Sir Vivian Richards was vocal in expressing that Pollard’s pro-activeness will stand West Indies in good stead.

Ushering in a next era of players has been something West Indies have struggled to do since their heydays. Pollard’s focus has primarily been that and it’s showing in the confidence displayed by the young guns – Shimron Hetmyer, Nicholas Pooran, Shai Hope, Alzarri Joseph, Keemo Paul and the likes – in the last couple of series.

A standout example has been Nicholas Pooran, the one who combined with his mentor, Pollard, in a 135-run partnership in the series decider at Cuttack. 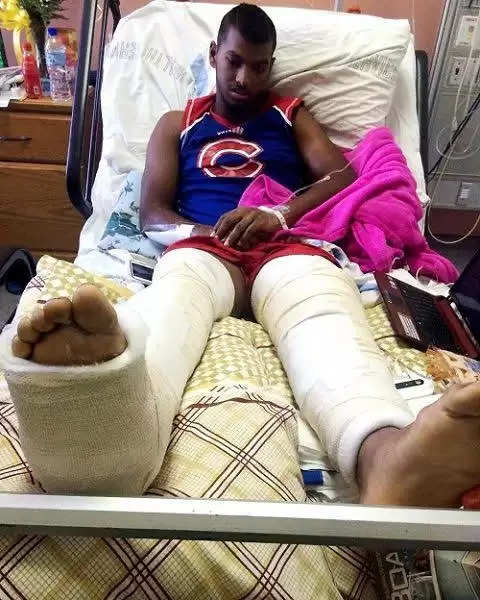 Kieron Pollard was Pooran’s rehab mentor during his early days

Pooran and Pollard have an interesting history, one which also brings out how Pollard, despite his tiff with the board, has always worked for the well-being of West Indies cricket.

When shining as the future of West Indies cricket in 2015 as a 19-year old, Pooran met with a career-threatening car accident. After a slew of surgeries, Pooran’s career depended on therapy. Kieron Pollard, who had gone through a similar ordeal a year or so before that, was Pooran’s rehabilitation mentor.

From questioning if he was doing the right exercises to making bets about running exercises, Pollard pushed Pooran back into track. But it didn’t just stop there. At the Caribbean Premier League draft that year, Pollard’s Barbados Tridents snapped up Pooran for US$90,000.

“I think Pollard was the one who made that decision,” Pooran said at the time. “It was a big call, especially being the captain of Barbados Tridents. He showed faith in me. He’s a person who believed in me and that was a big risk for him to take, to convince the CPL owners to buy me. I had some pressure heading into CPL. It was always in the back of my head, ‘What if I don’t do good?'” 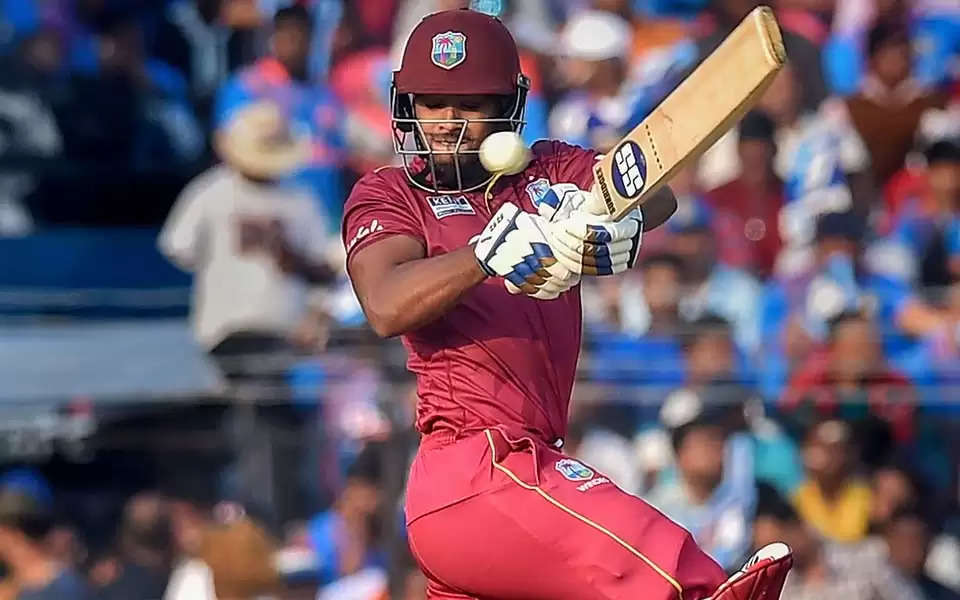 Pooran, with Kieron Pollard helping, has developed into a great find in white-ball cricket

At the IPL auction too, Pollard and Robin Singh – the Tridents coach – were instrumental in bringing Pooran to the Mumbai Indians in 2017. While it didn’t translate into too many opportunities at the franchise, Pooran switched franchises and has grabbed whatever chance has come his way.

Pollard has been a key figure in Pooran’s development and it is showing in his performances now. In the second T20I of this series, the wicket-keeper batsman slammed 38 in 18 balls in the run-chase to take West Indies home. In the second ODI which West Indies won, Pooran was again at no 4 and remained unbeaten in the chase even as Shai Hope did the bulk of the work.

At Cuttack, the Windies were 132 for 3 on a flat track when Pooran walked out. With four fours and a six, Pooran had ambled along to the 40s at run-a-ball with Pollard keeping pace. By taking on Navdeep Saini and Shardul Thakur for five fours and a six in two overs, Pooran finished the innings on a high. The controlled aggression he displayed at Cuttack, with his mentor at the other end, was a glimpse into the future Pooran has in the middle-order. Even when Pollard made a 51-ball 74, the on-field association at Cuttack was majorly a sign of the influence the 32-year old Pollard can have in the twilight stages of his career as a skipper.

“You can’t judge people on a couple of games and I think that’s the problem we have as individuals. We try to judge people too quickly. We need to give people time in everything we do. In order for guys to invest in what they do, they need experience and we as the management team want to back these guys and see how far we can go because we have seen their talent and attitude and that’s some of the things we look at,” Pollard said at the beginning of the India series.

This is the polar opposite of what West Indies and their board have been doing since the T20 evolution became a cult classic in the Caribbean Islands. A tried and tested formula for most other nations, Pollard will be a pioneer in this day and age for the Windies if he can build up a core for the next decade. So far, he has done exceptionally well and deserves a similar free-hand in the near future for the continued growth of West Indies cricket.