Virat Kohli has been phenomenal with the bat in Test cricket so far, more so after he took charge of the Indian side. A rare lean patch by his standards, which saw him go past 10 innings without scoring a century, was put to an end with a career-best 254 in the second Test against […]
By Deepak Panda Sun, 20 Oct 2019 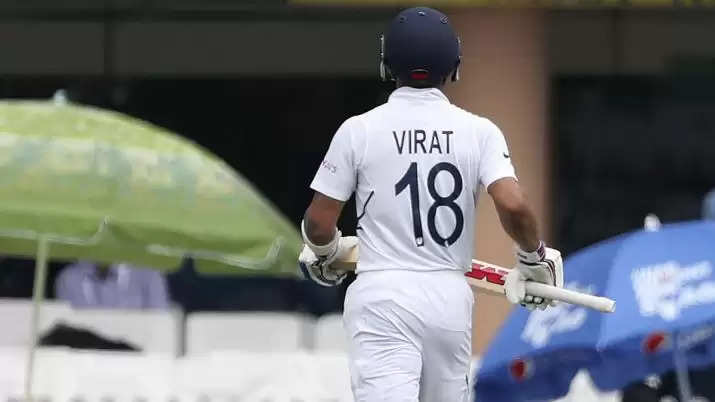 Virat Kohli has been phenomenal with the bat in Test cricket so far, more so after he took charge of the Indian side. A rare lean patch by his standards, which saw him go past 10 innings without scoring a century, was put to an end with a career-best 254 in the second Test against the ongoing series against the Proteas.

However, the third Test in Ranchi saw Kohli dismissed lbw by Anrich Nortje, which was then reviewed by the Indian skipper. A full-length delivery, Kohli played outside the line and got hit on the pads as the ball came back in. The hawk-eye confirmed that it would stay Umpire’s call and Kohli had to depart.

This was the ninth consecutive occasion on which Kohli has been unsuccessful with his reviews as a batsman, three of which have been umpire’s calls. Here we take a detailed look at all the past eight instances:

The third Test of Sri Lanka’s tour to India in 2017 saw captain Kohli notch up a career-best 243 in front of his home crowd, before being adjudged lbw. Sandakan bowled a short of a length delivery pitching on off stump, which skidded a bit and forced Kohli to try a flick through midwicket. But the ball was a skidder and he was rushed with the ball hitting the knee roll of the back pad. Kohli reviewed, but three reds ensured the umpire’s decision was staying.

India started off their overseas leg of 2018 with the tour to South Africa and after having a successful couple of years, India seemed to finally get an opportunity to end the overseas drought. Chasing a target of 208, Kohli seemed to be on track for a match-winning knock before a menacing Philander trapped the Indian skipper in front. It was a nice and full delivery, jagging back to hit the front pad in front of the middle stump. Kohli reviewed the decision, more so because of the situation India were in, only to find out the hawk-eye showing three reds.

In the second Test of India’s tour to South Africa in 2018, debutant Lungi Ngidi ran through the Indian side in the second innings with his pace and accuracy. One of his victims was the Indian skipper, who happened to get an almost unplayable delivery from the lanky pacer. Ngidi went wide of the crease, got the ball angling into the stumps with low bounce. The bounce surprised Kohli and the ball hit him low around the knee-roll. The umpire raised his finger immediately and Kohli reviewed. Three reds with the ball hitting the middle stumps crashed Kohli’s hopes and along with it, India’s chances of a win as India were reduced to 26/3 chasing 287.

Virat Kohli answered his critics in style with a gutsy 149 in the first innings of the tour at Edgbaston. But the job was only half done as he seemed to be India’s only hope in the second innings as well. Kohli notched up a brilliant half-century before Stokes trapped him in front of the stumps. Kohli reviewed, but three reds ensured he had to go and India lost the review. It was a very full ball and hit him on the front pads as he missed a flick. At the time of his dismissal India still needed 53 to win with just three wickets remaining, Pandya being the last recognized batsman. India eventually lost the game by 31 runs.

The forgettable second Test of the tour saw England hand India an innings defeat. After being bundled out for a paltry 107 in the first innings, India looked to make a comeback with the bat in the second innings, but the English pacers had other ideas. Stuart Broad surprised the Indian skipper with his bounce and got him caught at short leg. The ball hit the pitch hard and rose on the batsman and went straight to Ollie Pope at short leg. Kohli reviewed, not realising the brush on the left glove. The umpire’s decision stayed as India were reduced to 61/5.

India were in a commanding position in the third Test of the series, after a lead of 168 runs in the first innings. The Indian skipper hit a brilliant hundred in the second essay to take India closer to a series-saving win, before being adjudged lbw off Chris Woakes. A fullish inswinger followed by Kohli shuffling across a lot did the trick as he missed a flick and got hit on the pads. Umpire raised his finger almost instantly as it looked plumb to the naked eye. Kohli reviewed and the hawk-eye showed the ball just clipping the leg-stump. An Umpire’s call meant that Kohli had to walk back.

After the victory at Trent Bridge, India needed to win at Southampton to keep the series alive. Things were pretty much in control for India, barring two gutsy knocks from Sam Curran coming in at number eight. Set a target of 245, India were jolted by yet another top order collapse, before Kohli and Rahane drove India back into the game with a century partnership. However, just when India seemed to take control of the game, Moeen Ali dismissed Kohli for 58. Spinning in and taking the glove, the ball lobbed to short leg and Cook held on to it with ease. The Indian skipper reviewed, probably out of desperation to be there for his team. Snickometer said it brushed the glove before flicking the pad and Kohli had to depart as England then clawed their way back into the game.

In the second Test of West Indies tour of India in 2018, West Indies posted a competitive total of 311 in the first innings and sensed an opportunity to get back into the game after a quick-fire 70 from Prithvi Shaw. Skipper Kohli walked in at 98/2 and steadied the ship with Rahane before his counterpart Jason Holder trapped him in front of the stumps for 45. It looked plumb to the naked eye, but Kohli decided to review. He was looking to close the face of the bat as the ball came from outside off. The hawk-eye showed the ball just about clipping the leg stump and Kohli had to walk back to the pavilion. India were 149 runs behind West Indies with six wickets in hand when the skipper departed. This was the eighth consecutive instance when Kohli was unsuccessful with his review as a batsman.