It was a happy outing for Team India on a cold night at Rajkot yesterday putting the horrors of the first ODI behind and bouncing back in some style. Emerging victorious in a do-or-die encounter against the mighty Australia, they took the game by the scruff of its neck and ensured a 36-run win. […]
By Saumin Parmar Sat, 18 Jan 2020 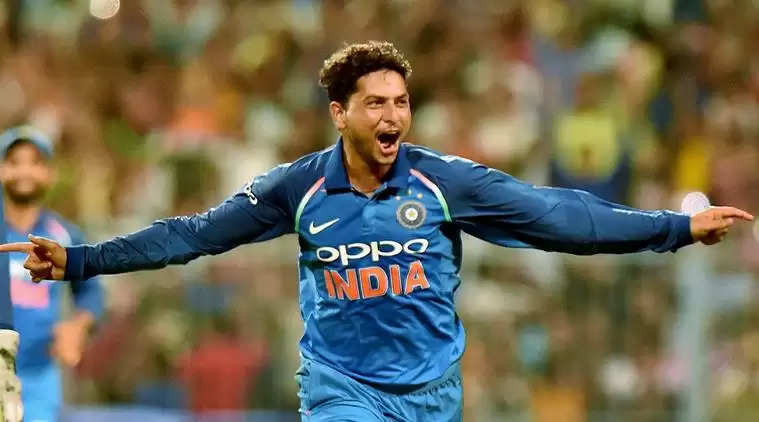 It was a happy outing for Team India on a cold night at Rajkot yesterday putting the horrors of the first ODI behind and bouncing back in some style. Emerging victorious in a do-or-die encounter against the mighty Australia, they took the game by the scruff of its neck and ensured a 36-run win.

However, it had its share of moments as well. There were multiple stars of the day – Shikhar Dhawn, Virat Kohli, and KL Rahul, but it was Kuldeep Yadav who stole the limelight in an Aussie chase that was threatening to take the game away.

The 38th over of the match by Kuldeep brought in the much-awaited fireworks. He induced a false shot off Alex Carey to Virat Kohli at extra cover, and three deliveries later had the Rajkot crowd chanting his name. He had Steve Smith walk back for 98, playing on trying to make some room for himself. India had a sigh of relief and were able to breath with more ease. The pacers then finished off the rest.

In the process, Kuldeep Yadav became the third-fastest Indian to 100 ODI wickets and the quickest Indian spinner to do so, in just 58 ODIs. Kuldeep finished with 2/65 off his 10 overs.

By his own admission post his hat-trick in the 2nd ODI vs West Indies last month, the last 10 months have been difficult. This included the IPL and the World Cup in England. However, he has clearly put those arduous times behind and found a new lease of form, much more enterprising and promising than the previous one.

Former UP and KKR teammate Piyush Chawla had quite an interesting comment to make prior to the start of IPL 2019. He said Kuldeep is a skilfull bowler and not a mystery spinner. This resonates well with the fact that the left-arm bowler has been able to call the shots in the middle overs in difficult situations whenever his skipper has turned to him.

Kuldeep practices an unconventional trade, that of being a chinaman. For someone to start young in such a role, his ODI graph has constantly witnessed an upward curve. Be it Nottingham, Cape Town, Napier, Port of Spain or Kolkata, his ability to flummox batsmen with his wrists has been nothing less than impeccable. He’s mastering the art of googlies and wrong ones consistently, something that is a highly valued asset in the middle overs. His change of pace, ability to read the pitch, and deceive the batsmen in air makes him an indispensable member of the ODI attack. He’s 25 and has a long road ahead. All his as absolutely got ounces of all the ingredients required to be a match-winner in any conditions. He can run through a side in the blink of an eye, literally. No wonder why he is so high on skipper Kohli’s go-to list alongside Jasprit Bumrah.

Kuldeep is a potent threat on any surface and often requires a batsman’s watchfulness to be at its peak. However, there are limitations that have kept him at bay on occasions. He is surely courageous and has a big heart but he has been found wanting of ideas when the batsmen are going all guns blazing. The UP lad can spell trouble but can leak runs too on batsman-dominated surfaces where the ball refuses to do something off the pitch. Full points for his talent and skills, but the mental aspect is probably a work in progress. A combination of smart lengths and an attacking mindset is the recipe to way forward.

Former Indian leg-spinner and mentor Narendra Hirwani has been working closely with him and the progress is evident after going wicket-less in the first ODI.  India have a long season ahead and this could prove to be the breakthrough year he has been waiting for. Backed by senior pros in the side and management, there is little that holds him back.

Over to the Chinnaswamy now, a challenge in itself with its short boundaries but does it matter for Kuldeep? Not really!