Despite the first innings resistance by South Africa, the cookie crumbled in the second when their top-order crumbled in the face of some accurate bowling by the Indians. While Ashwin was the destroyer in chief in the first innings, it was Mohammed Shami who led the charge for the home team in the second innings. […]
By Saurabh Shinde Sun, 6 Oct 2019 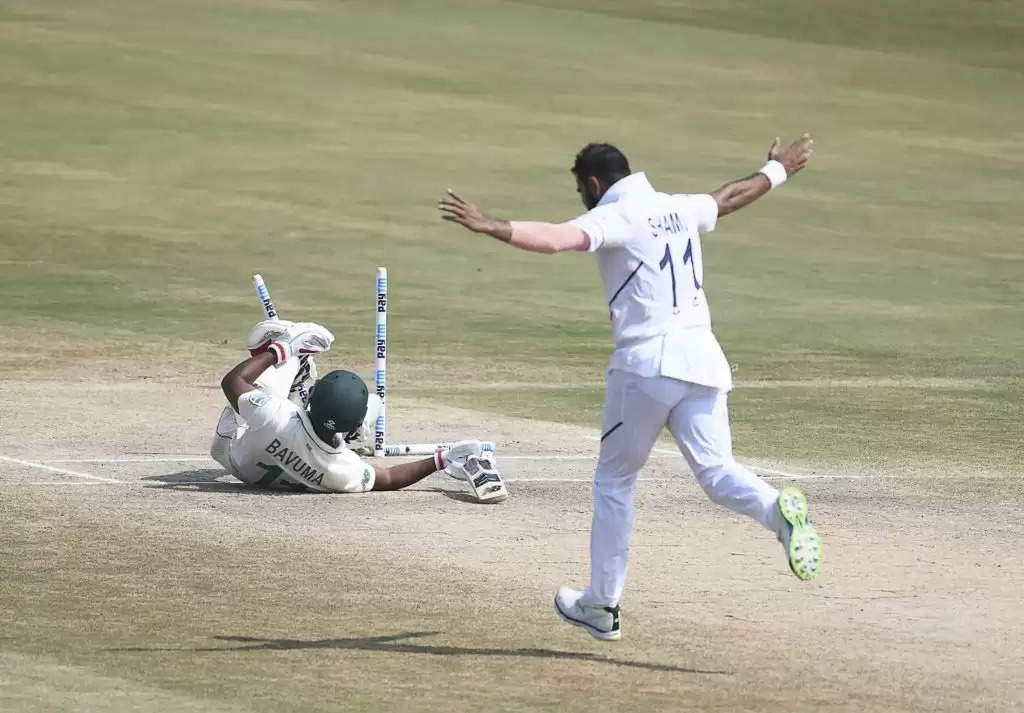 It took only 8 balls for Shami to make an impact. Temba Bavuma was facing the 2nd ball of his innings and his stumps were castled by Shami. It was a good length ball which kept very low and there was nothing Bavuma could have done about it. With his tail up, Shami set up South Africa’s skipper Faf du Plessis with a series of balls on the fourth stump line. He then brought one back into du Plessis – the batsman leaving the ball well alone – to shatter the timber. Despite du Plessis’ tendency to leave balls that would go on to hit the stumps, this was perhaps a more warranted leave.

The centurion of the first innings, Quinton de Kock, was then knocked over off the second ball by Shami – the full-length ball nipping back off the seam to hit the stumps. South Africa were 8 down in no time but then Dane Piedt and Muthusamy joined hands to build a good partnership. It was again Shami who provided India with a breakthrough when a gentle length ball took the inside edge of Piedt’s bat when he tried to play a drive. Further proceedings were sealed when Rabada edged a ball  to the keeper  for Shami to complete his fifer. 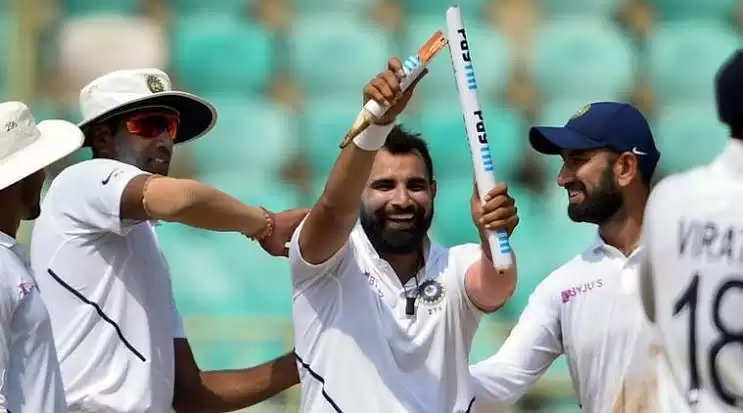 This was Shami’s 2nd fifer in India and he’s the only pacer to have 2 five-wicket hauls in India since his debut. Often nicknamed as ‘Second Innings Shami’, he has much better numbers in the 2nd innings than the first innings. He has 78 wickets at an average of 34 in the first innings while he has grabbed 80 wickets at a very good average of 23 in the 2nd innings. His strike rate also improves from 61 to 41.

Bowling in India as a pacer is a different ball game than bowling overseas. Many times pacers are assigned the job of keeping an end tight by bowling tight lines and providing the much-needed support to the spinners. There isn’t much sideways movement off the deck so it is important that a pacer is patient for long periods of time. Shami has great numbers in India. In fact, his average in India is better than his average away from home.

The reason for his success on relatively flatter Indian decks is that he has everything you need as a pacer to do well on such decks. Once he finds his rhythm, he is relentless. He can consistently clock over 140 kmph and bowls with great control. He is skiddy in nature and most often keeps the bowl within the stumps. 27 of his 80 wickets in 2nd innings are bowled while he has trapped batsmen lbw on 11 occasions. Around half of his wickets in the 2nd innings are due to the line he bowls, a much straighter one where the wickets come into play.

As a CricViz analysis shows, since 2018 no seamer has hit the stumps as often as Shami. 14.8% of his deliveries would go on to hit the stumps, the highest for any pacer in this time frame. 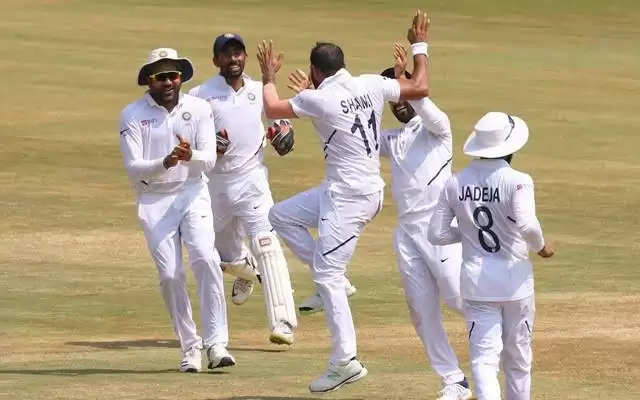 Shami picked up his second five wicket haul in India

There is not much sideways movement so as a pacer it is important that you keep the ball around off stump and in the stumps. That allows you to control the run-flow and wicket-taking opportunities if an oddball keeps low, which happens often on day 4 and day 5 pitch. The biggest weapon Shami has along with his ability to reverse the old ball is how upright his seam is. His seam position when ball lands is as perfect as it can be. Such perfect seam position allows him to extract any kind of movement there is in the surface and just a little bit of movement is all that a pacer needs when he bowls the line and length Shami does.

Shami has always had the skills he has now. It was evident when he put up a masterclass of reverse-swing bowling against West Indies in his very first Test, but lack of fitness and consistency hindered his progress.

Shami as a bowler has improved a lot in the last couple of years, the reason being the improvement in his fitness. In the past,  he has suffered from injuries and that has had an effect over his bowling but the improvement in his fitness is quite visible. He has been continuously playing since the last overseas season and very rarely has shown any signs of fatigue or injury. The pace is often very consistent through the day as has his line and length, a sign of a very fit fast bowler.

Shami is often called a rhythm bowler and most often it’s his rhythm that is the most important factor in how efficient he is. He has been in great form since the South Africa tour, and is turning out to be an incredibly valuable asset for the team, be it away from home or at home. The way he bowled at Vizag was an exhibition of fast bowling on day five decks and India would hope that he grows from strength to strength and won’t just remain ‘Second Innings Shami’.